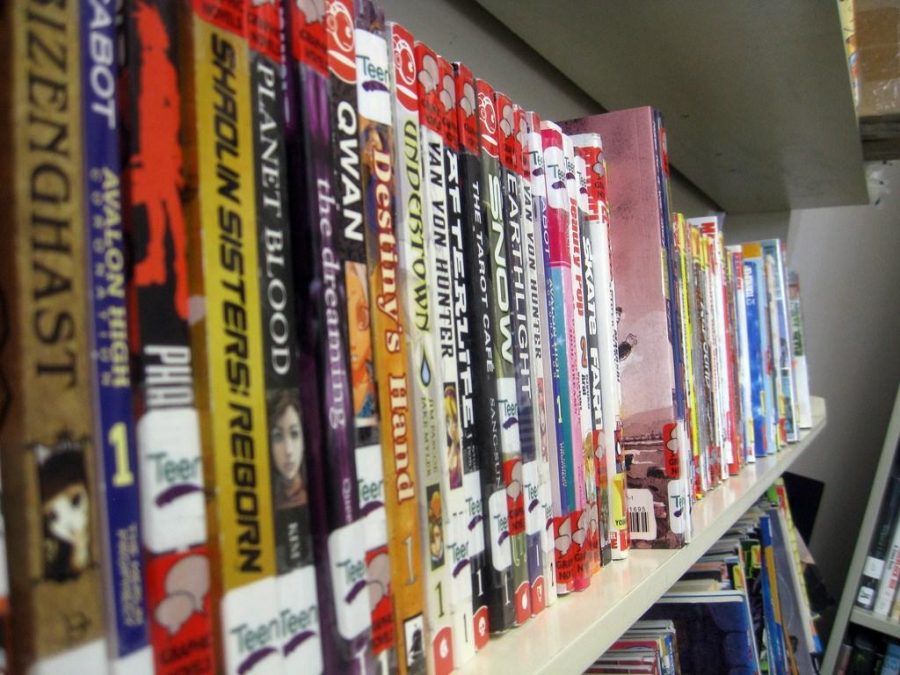 When wandering through a bookstore, it is routine for me to stop by the graphic novel section and flip through some of my favorite classics, “Sin City” and “Watchmen,” before skimming the new items. After telling people I read graphic novels, a common response is, “I didn’t know you were into comic books.”

It’s difficult to describe how frustrating it is to answer to that response. Although I do enjoy a good comic now and again, I am quick to respond with a, “No, no, not comics, graphic novels,” elongating the g-r-a-p-h-i-c n-o-v-e-l-s in hopes that the listener will understand the difference — alas, they rarely do.

Yet reading one or the other is a great way to escape the heavy reading of textbooks or classic novels. It can be a fun way for studying students to escape into a world less concerned with finals and essays.

So, it is time to give you my opinion on what separates two very wonderful forms of literature. And yes, they are literature.

“Maus,” a graphic novel created by Art Spiegelman, was the first comic/graphic novel to win the Pulitzer Prize in 1992. Additionally, comics have been inspiring, read, cherished and used for marketing and propaganda in America since the 1930s. This, I believe, qualifies both as true-blue literature.

They have a few things in common that make it easy to mix the two. They are both works of fiction and have panel-style illustrations that do a large part of the storytelling. They are often tied to superheroes and villains, although many modern comics and graphic novels are experimenting with different story lines. But what sets them apart?

Many enthusiasts use binding as the determining factor in whether something is classified as a graphic novel or comic book. Comics, as many of you are familiar with, use traditional saddle stitching — meaning they are held together with staples in the spine. Graphic novels are bound either in hardback or tradepaper (soft cover) like a book, with a thick spine glued to hold the pages together.

Although this simple explanation is satisfactory and points to a clear physical difference, it is not sufficient. What do we do with a series of “Spider-Man” comics that are bound in a single book? This is where I make a distinction between comic books and graphic novels, and why I tend to read one and not the other.

Comic books are periodicals. They are produced monthly and usually have a good amount of action that progresses the story line forward to the next issue. Graphic novels are read like a book. They delve deeper into the story lines of characters and history, not just action, and they complete the full arch of a narrative by the end of the novel.

This dive into the story and history of characters and events is what sets graphic novels apart. Intricate story lines are, of course, told in comic books, but it can take months before a certain history is explained from a past issue, and it’s easier to introduce and remove characters without much consequence to the overall story line.

Graphic novels have to focus on character development and consistent details, giving me, as a reader, a more satisfying experience.

Absolutely, both forms have their merit, and many readers sway from one to the other occasionally. But for those interested in entering the world of comics and graphic novels, it’s important to recognize the differences and pick the right form.

Is there a key component to graphic novels or comics that make them what they are that is missing here? Comment online and share your opinion.