Set Fire to the Ram: Pep Rallies and Animal Torture in 1965 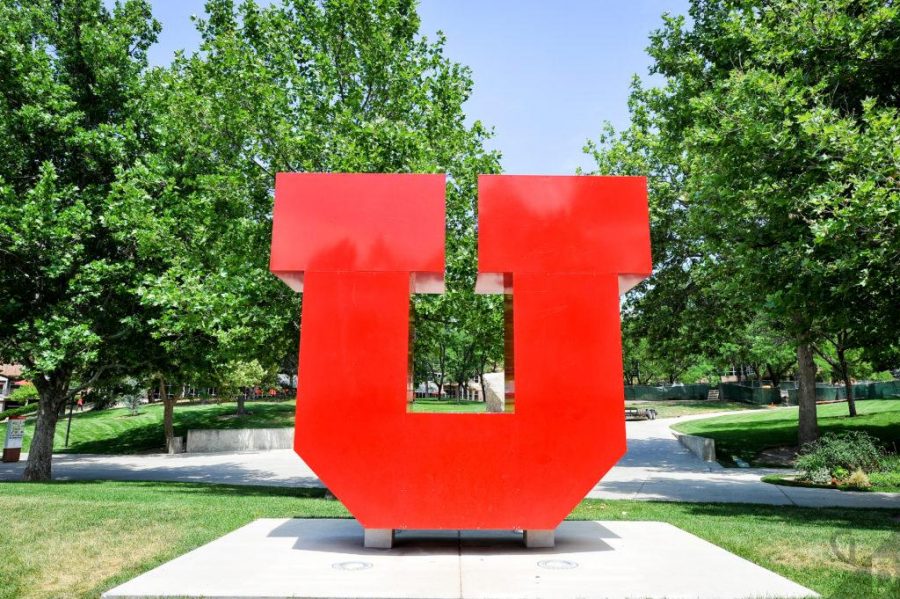 The Block U on the University of Utah Campus, Salt Lake City, UT on Wednesday, July 12, 2017 (Photo by Adam Fondren | Daily Utah Chronicle)

Homecoming is a special week for (some) college students, full of traditions and fun events like the Homecoming dance, the football game and the pep rally. In this day and age, the MUSS holds the Crimson Rally the night before the game, but what did a pep rally in 1965 look like?

In the Oct. 29 issue of The Daily Utah Chronicle that year, an article titled, “Pep Rally Fries Friday” gives us an answer to that question.

“Tonight’s Homecoming activities will begin at 7 p.m. with the burning of an old wooden building,” the article reads. “A ram will be put inside the burning building to highlight the rally theme of ‘Chop the Rams.’ ”

Yes, that’s right. The U’s 1965 pep rally consisted of burning down a building with a live animal inside. Why, you ask? Because the football team (at that time known as the Utah Redskins, but that’s a whole other story) was playing the Colorado State Rams. So, naturally, they decided to sacrifice the opposing team’s mascot animal to the football gods. The team went on to win though, so I guess it worked?

The article at least clarifies that the bonfire was handled responsibly, saying, “A fire engine will be present at the bonfire while three fire marshals witness the burning in an effort to check any unwanted flames.” Well, with three firemen standing by, I don’t see how this could have ever gone wrong.

But animal torture wasn’t the only attraction at this pep rally. The article goes on to explain that there was a conga line which carried the torch to the site of the execution, a beard-growing contest and a sound-making contest, whatever that is. It does say participants could use whatever they wanted to make noise, so I wouldn’t be surprised if the eventual winner murdered a horse with a cannon blast, because apparently that kind of thing was acceptable in the ‘60s.

Clearly we’ve come a long way as a society in terms of respecting nature instead of murdering it. So that’s good. And to anyone who, after reading this article, is considering a similar act of depravity in preparation for this week’s Homecoming game against Cal, I would remind you that bears can climb faster than they can run and will probably mutilate you and feed you to their cubs.