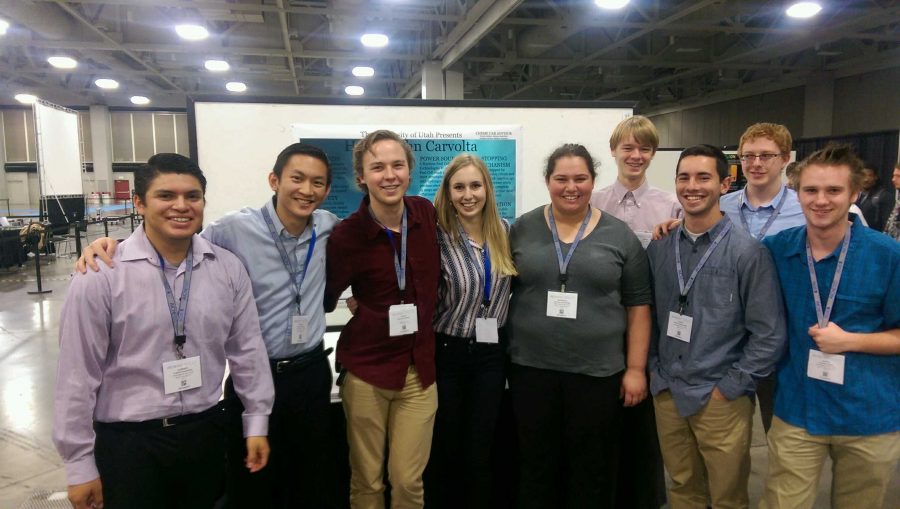 If you give a group of chemical engineers hydrogen, they could probably make you a car. At least, that is what some chemical engineering students did at the Chem-E-Car competition last week.

Thirty-four teams from around the world gathered at the Salt Palace Convention Center on Nov. 8 for the competition, hosted by the American Institute of Chemical Engineers. The competition is held each year as part of a three-day conference, and the U has participated since 2006, said Tony Butterfield, assistant professor in chemical engineering. This year the U’s team took 10th place, a big drop from last year’s first place win.

Elena Shanin, a junior in chemical engineering, said the reason they received a lower placement was due to a minor mistake that caused a mechanical malfunction. The cars, which are 36 by 40 centimeters, must run and stop on a chemical reaction. The team that gets closest to the designated line wins. The U’s chem-E-car club used a hydrogen fuel-cell to power the car and an iodine clock reaction to stop.

Shanin said the iodine clock reaction is common because it is reliable, but she hopes next year they can be more innovative with their design. At the competition, she always sees new, clever ways to power cars, such as a pressure-based car that used hydrogen peroxide to decompose beef liver. The decomposition created pressure that pushed water out of a tube and onto a water wheel, pushing the car’s wheels forward.

“That was something I had never seen,” she said. “It was really interesting to see what other schools had come up with, so I got some great ideas for how we can improve our car.”

The team competes at two competitions each year — regionals in the spring and, if it qualifies, nationals in the fall. They receive about $500 from ASUU each year for equipment and other department funding as needed. The team used $400 to remodel their car from last year.

The team has about 15 to 20 students, and most are studying chemical engineering. Butterfield said the club and competition give students hands-on experience that prepares them to work in the field.

“On a technical level, it really develops their confidence in the lab and also lets them put core chemical engineering concepts to practical use,” he said.

Shanin enjoyed meeting students from all over the globe and hearing their different experiences in engineering programs.

“It’s about time that we become as innovative with our cars as we are with every other technology that we use,” she said.