The Party Presents Final Event of the Semester “Universes: Live from the Edge” 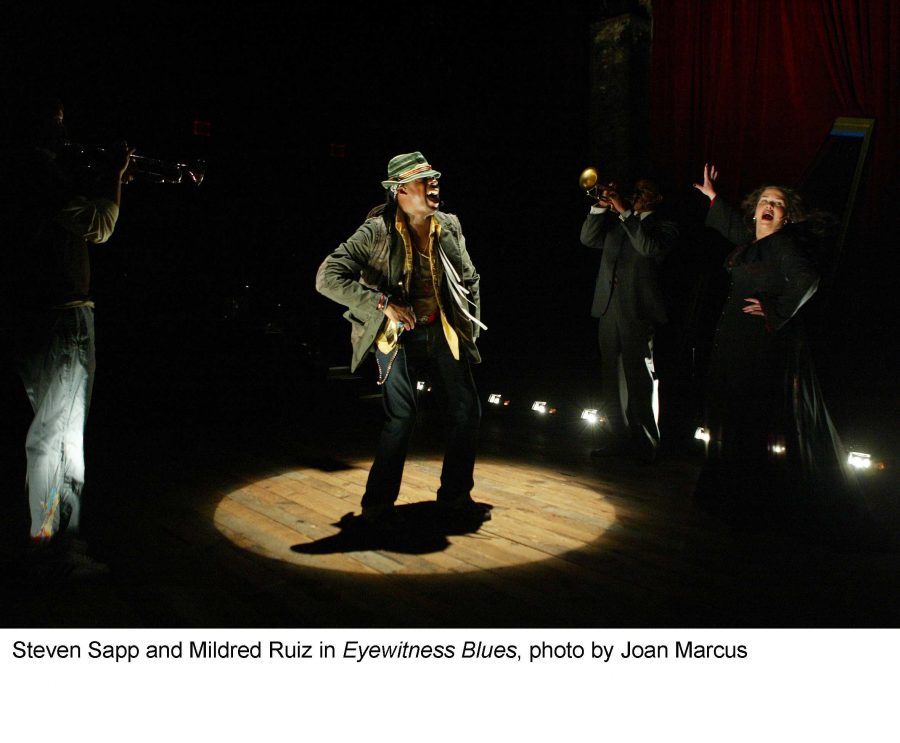 The final The Party: Powered by the Arts Pass event of the Fall 2015 semester is almost upon us, but before we get to that, a few questions:

Can you stand to have your perspectives challenged?

Are you able to deal with hard issues in creatively engaging ways?

Will you open yourself to learning?

These are all prerequisites if you want to attend The Party finale event of the year, an after-party following “Universes: Live from the Edge” in its one-time performance at Kingsbury Hall on Dec. 5.

“‘Universes’ is a national/international ensemble company of multi-disciplined writers and performers who fuse poetry, theater, jazz, hip-hop, politics, down-home blues and Spanish boleros to create moving, challenging and entertaining theatrical works,” said UtahPresents’ communications manager Sheri Jardine in an email interview. “Students attending the performance can expect a captivating and electric performance that may challenge them to think about things in a new way.”

“Universes: Live from the Edge” will contain a variety of the group’s older pieces, dwelling on themes such as Hurricane Katrina, the 1960s Black Panthers and Young Lords movements, as well as some newer work featuring pieces by August Wilson, the American son of a German immigrant father and an African-American mother.

“This performance will appeal to a wide variety of students,” Jardine said. Though she explained the show will likely appeal to theater, performance, humanities, language and social justice-oriented students in particular, she also said “students from any major or discipline will enjoy the performance if they like experiences that blend different genres and styles and explore non-traditional stories from a mix of cultural voices.”

A few events, such as public lectures and Department of Theatre workshops surrounding this one-time opportunity have already been taking place on campus, starting with a Lunch and Learn lecture on Wed, Dec. 2. This opportunity to see “Universes” was made possible by the combined efforts of the staff at UtahPresents and professors Julie Rada, the Raymond C. Morales Post-MFA Fellow for the College of Fine Arts, and Martine Kei Green-Rogers, PhD, assistant professor in the U’s Department of Theatre.

Students who attend “Universes: Live from the Edge” are also invited to the after-party on the Kingsbury Hall stage, which will involve food, a DJ and a meet and greet with “Universes” performers. The event was put together by The Party, which has already hosted two events this semester (The Party Kickoff and Paint the Party).

“Universes: Live from the Edge” will be performed at Kingsbury Hall on Dec. 5 at 7:30 p.m. Tickets are $20 for the general public and $5 with a UCard. U staff and faculty receive a 10 percent discount.

Note: There will be mature content and language in this performance.