Popular “Inside Out” Edit Earns U Student 15 Minutes of Fame 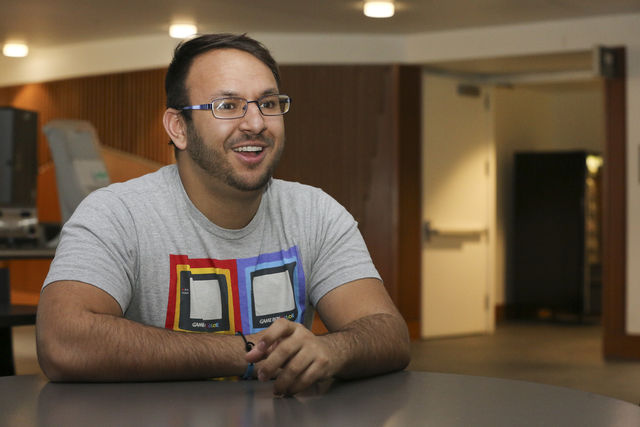 It could be said that editing is the most important part of filmmaking. So imagine trimming a full-length feature film down to just 14 minutes without compromising the core of the story. That’s what U student Jordan Hanzon did with Pixar’s “Inside Out.”

Hanzon’s first video work came when he created a video for his middle school to run for student body office. Despite losing the election, it sparked an interest in film for Hanzon and his dream of becoming a dentist changed to a dream of becoming a film editor. He continued making videos all throughout high school and into college.

Editing “Inside Out” was not Hanzon’s idea. Seeing a post on Reddit of someone wondering what the film would be like without the emotion characters, he and at least four other people raced to see who could get it done the fastest. He was not the first to finish it, but his was the most popular. It didn’t take long for his edit on Vimeo to become a viral hit. Actress Zooey Deschanel shared it after seeing it on a blog that she follows and then Buzzfeed even started covering it. Clickbait article headlines such as “You Won’t Believe This Edit!” also contributed to the success.

Although rough and unpolished, Hanzon’s edit stands out because he was able to fill in some of the abrupt cuts by placing the soundtrack in his edit.

Despite the popularity of his edit Hanzon does not plan on making any similar videos.

“People have asked if I’m going to continue doing things like this. I don’t want that to be my niche. [Laughs] But I definitely have some ideas if I want to do something similar to this … So stay tuned.” Hanzon said.

Editing someone else’s creation is exactly the reason Hanzon wants to be an editor.

“I’m not very good with coming up with ideas. So I’d love to be able to be in an environment where people would give me the files and tell me what to edit.”
Hanzon said.

Currently, he is working for the Marriott Library producing news videos. As a junior he continues to learn more about film. He has taken most of the film editing courses the U currently offers and will complete his certification for Avid Editing this semester. He hopes to continue in the line of film for many more years to come.

“Video games and videos, and that’s like my life,” he said.