Men’s Basketball: Back in the Huntsman Center, Utah looking for season sweep of Huskies 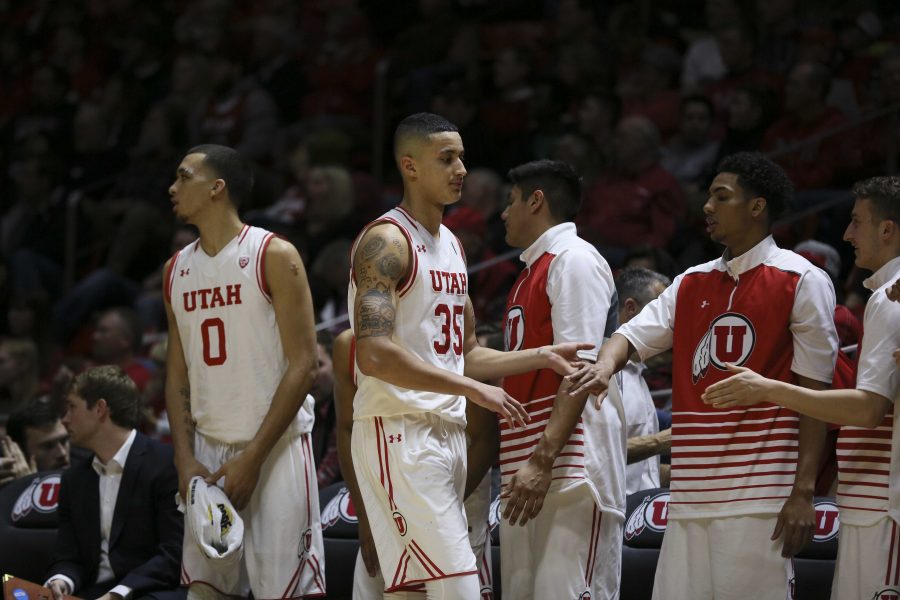 The first time Utah and Washington played, the game went into overtime and the Utes got a win on the road in Seattle. On Wednesday night, players and coaches are expecting the same type of energy to be on the court and will need to be just as focused as the first time if they hope to get a season sweep of the Huskies.

Like Utah, Washington is coming off a loss, so both teams will be looking to bounce back, but head coach Larry Krystkowiak is thankful to be doing it at home.

The Utes have spent a lot of time away from the Huntsman Center with seven of their first 11 games being on the road. Being back in Salt Lake, Krystkowiak is hopeful his players will be rejuvenated after sleeping in their own beds a few nights, especially some of the ones who have been struggling in recent games.

“Possibly everybody can get their batteries charged here,” Krystkowiak said.

Krystkowiak has not been too happy with the play of his backcourt players in Lorenzo Bonam and Brandon Taylor. Although Taylor stayed on the court for his usual amount of minutes against both Oregon schools, Bonam hardly saw the floor in the second half against Oregon because of his poor defense.

“I don’t think Lorenzo was very good in Oregon State or Oregon,” Krystkowiak said. “It’s my job as a coach if somebody is having some breakdowns defensively, whether they’re not playing hard enough or don’t have the coverage right, I’m not going to keep them on the floor.”

Come Wednesday night, Krystkowiak will continue to pull people off the bench if need be, but he is confident his point guard and shooting guard will return to their normal selves against the Huskies.

“We’re at the point where it’s survival of the fittest with seven to go, and you’re either going to bring it or we’re going to have to go to somebody else,” Krystkowiak said. “It wasn’t a great weekend for our backcourt, but I got all the faith in the world that those two can get it going and turn it around.”

The Utes currently have a 6-5 record in conference play, but they aren’t focusing on that. They are focusing on what they can do against Washington.

Like the first time against the Huskies, the team is concerned with how they will be able to contain senior guard Andrew Andrews. However, the players feel that if they do a decent job of guarding him, they’ll be able stop anybody else who tries to fill his shoes.

“Andrew Andrews is sort of the father figure of a young group that plays with a lot of pace and confidence on offense, and they make things hard for you defensively,” Krystkowiak said. “We’ve got our hands full. They have a lot of firepower and guys that get after it. They have all the pieces and can get a lot of things done.”

In preparation for the game, Krystkowiak hopes his team can remain focused and hungry to get back on track with another win. They had a good practice on Monday, and the Utes are hoping this translates into their gameplay Wednesday night.

“We’ve defended our home court pretty well, and there’s nothing we’re going to take for granted,” Krystkowiak said. “Got a pretty good game plan going in.”