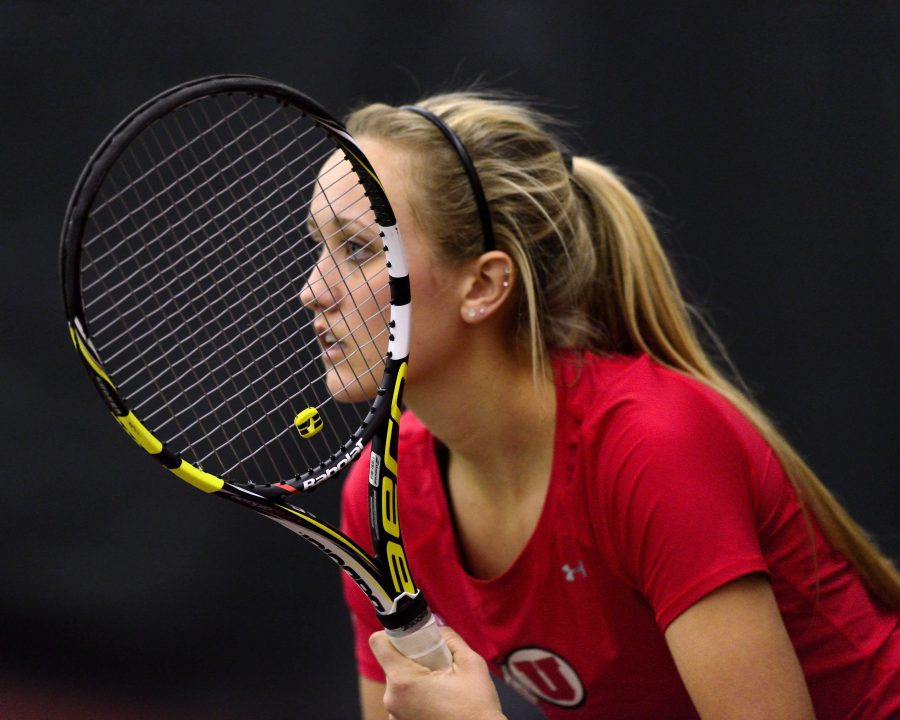 The Utes started off the day with a strong 6-1 victory over the Broncos. The No. 1 doubles pair of Margo Pletcher and Brianna Turley kicked things off with a 6-0 win over Boise State’s Megan LaLone and Naomi de Hart. Utah then captured the doubles point with its No. 2 doubles pair of Sarah Richter and Alexia Petrovich besting Boise State’s Milena Toseva and Hanna Kantenwein.

In singles, Petrovic beat Nancy Menjivar 6-1, 6-0, improving her season record to 5-1. Richter also notched a singles victory with a 6-1, 6-0, defeating Teal Vosburgh. Taylor Calton improved her record to 4-1 on the season after beating Toseva 6-2, 6-0, while Jenna Cheng also won her match against Arianna Paules Aldrey 6-0, 6-4.

Turly returned and beat Bobbi Oshiro 6-3, 6-4 to finish the Broncos off, but the Utah tennis team wasn’t done there, as it would continue its dominance with a strong 7-0 victory over Weber State shortly after.

Luisa Gerstner Da Rosa and Calton kicked off double play for the Utes, defeating Weber State’s Dominique Beauvais and Devi Hasan. Then, Pletcher and Turley improved their season doubles record together to 4-1 following a 6-0 victory over Agata Bachanek and Sara Parker, clinching the doubles point.

The Utes changed up the singles rotation for the second match of the day, as Turley did not compete in the singles matches. Cheng filled in for her at the No. 3 position, with Calton moving up to No. 4, Petrovic up to No. 5 and De Rosa filling in at No. 6.

Richter started the singles matches off with a 6-2, 6-1 victory over Kristi Elmer, while Calton improved her singles record to 5-1 after defeating Beauvais 6-0, 6-2. Da Rosa, in her first start at the No. 6 position, beat Morgan Dickason 6-0, 6-3. Petrovic (6-1 in singles play) continued her stellar season with a victory over Hasan, 6-1, 6-3.

“We came out pretty headstrong,” Petrovic said. “We have a really young team, and we have done a really good job of handling the pressure and working really hard. Overall we’re such great teammates and friends.”

Utah head coach Mat Iandolo was pleased with his team’s efforts and is looking forward to some of the contests coming up on the schedule.

“I feel like we are getting better with each match, and we certainly have some competitive matches coming up,” Iandolo said.

Last Saturday marked the final match of a four-game homestead, as the Utes will be preparing this week for a possible “revenge match” down in Albuquerque, N.M., against a tough New Mexico team. Utah lost to New Mexico 4-3 last year in Salt Lake City.

Following the match in Albuquerque, the Utes will be returning to Eccles Tennis Center for a rivalry matchup with BYU on Feb. 24.