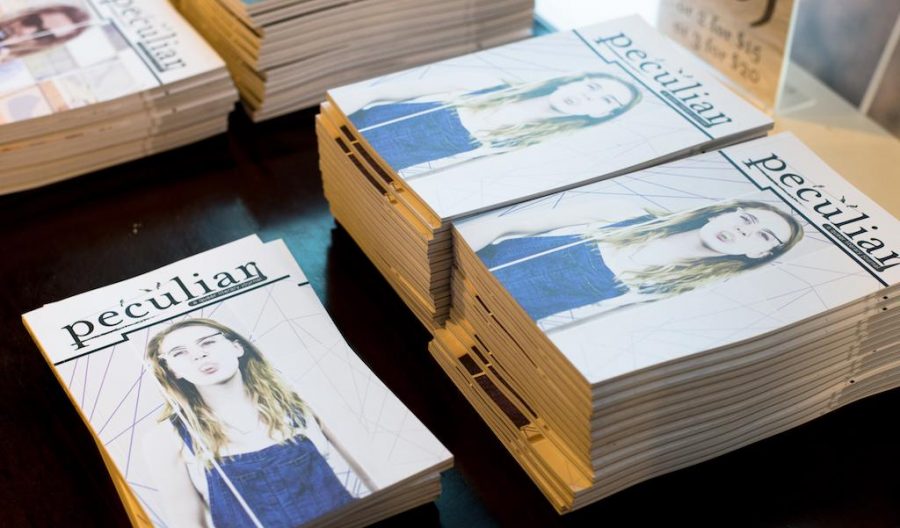 Anyone who has spent any significant time in this state knows Provo, Utah is Mormon-dominated. Who would have expected that a queer literary journal would pop up here?

Somehow, despite all odds, one has: the journal, titled peculiar, traces its origins to about a year ago, and this latest publication, Volume 2: Issue 2, is its third.

peculiar’s progenitors and current co-editors-in-chief, Aaron Gates and Jack Garcia, held a launch event for the third issue on Wednesday, July 20. If the journal’s very existence is surprising, the size of the crowd that night was even more so. Chairs filled the top floor lecture space of Provo’s Pioneer Book, and still people were left standing, squeezed into any available space, simply to listen as poets who submitted to this latest issue of peculiar read their work, and then the listeners themselves contributed their own voices of queerness when the floor opened up to community contributions. 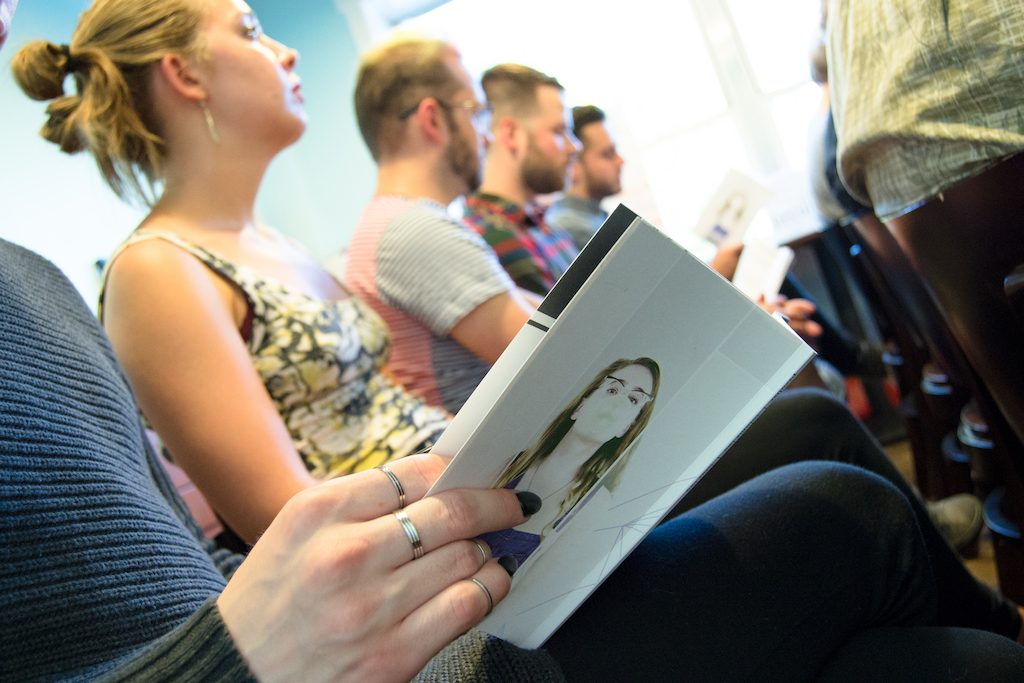 Alyssa Piper, this issue’s featured poet, started off the evening following a brief introduction from Gates and Garcia, who explained that the journal sprang from a simple realization: “We decided, hey, Utah should have a queer literary journal.” And then they made its existence possible with the help of creative director Emily Mattson.

Piper’s poetry has a lot to do with her experience as a Mormon who found herself attracted to girls. She read a few poems, some from the journal, a few she had written more recently. Each one managed to be both romantic and sad, comprised of romances at least one side wasn’t sure were all right to have. 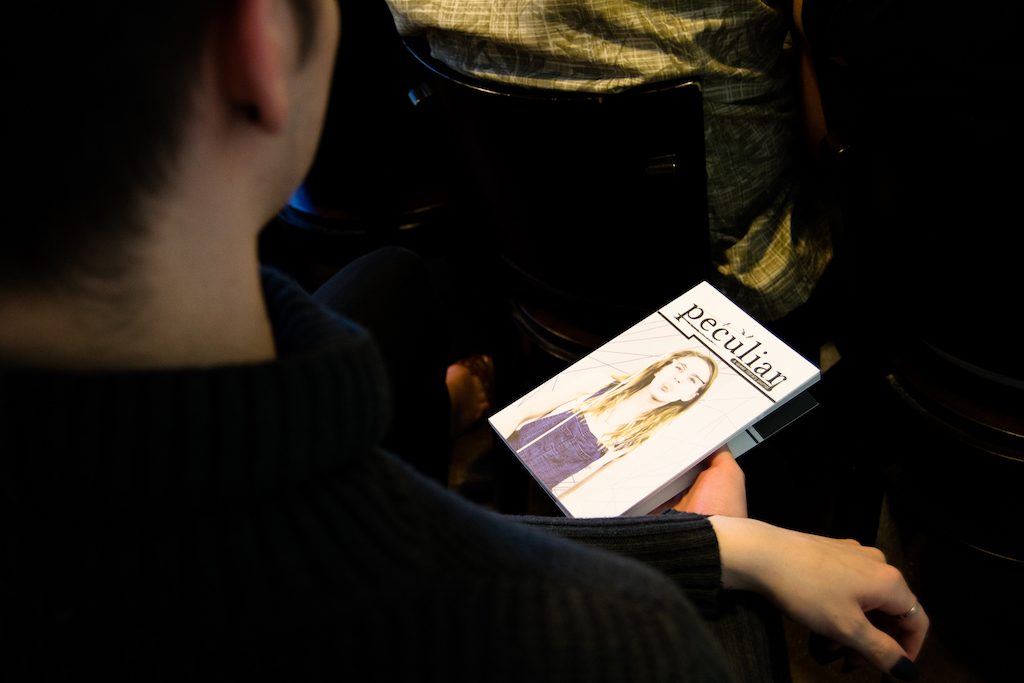 Amanda Steele followed after, with poems that questioned the differences and similarities between both man-and-woman and woman-and-woman in the world of relationships. Her poem “Room Service” focused on the latter, touching on one relationship in particular, creating visual images through that particular brand of magic found in words well written.

A few writers separated Steele’s reading from that of Cam Williams, whose piece on a “Well Ordered House” succinctly summarized the aftermath of a breakup, where everything was cleaner except the speaker’s emotions. 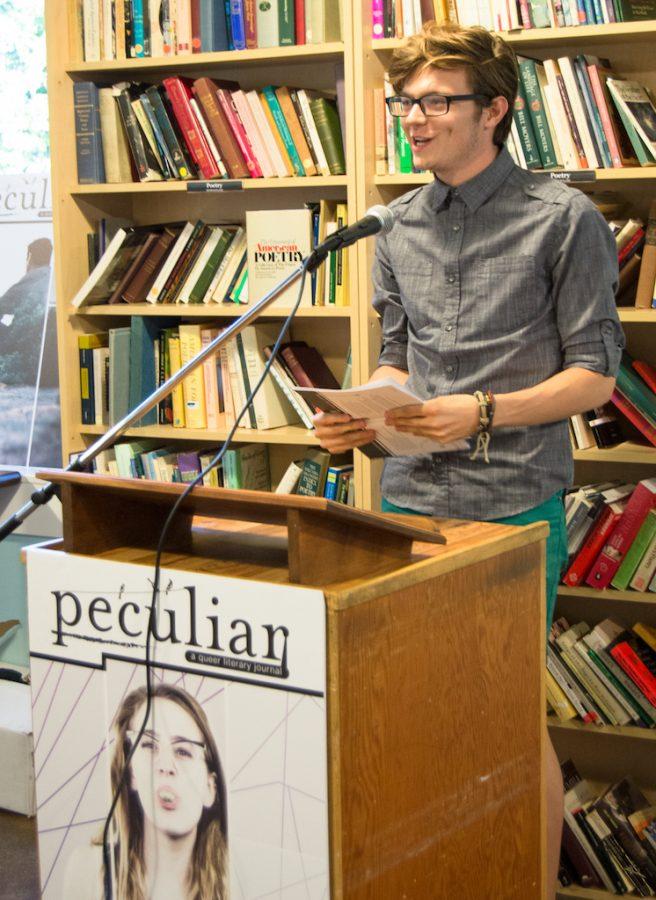 When the floor opened up, members of the audience began to slowly, one by one, file to the front to share the thoughts they may not have been able to make public anywhere else.

You would have been hard-pressed to find any poem among those read that was not at least subtly tinged with sorrow. Many were much more than tinged; rather, they were engulfed in the pain of being different in a culture that treats such difference as a sign of brokenness.

There was victory in some poems, angry devastation taking its place in others. Yet the fact that this event was able to happen at all speaks to this community’s fight to be acknowledged and respected.

peculiar plans to continue production. The latest issue, and the two that have preceded it, are available for purchase at PeculiarJournal.com. The journal can be followed via their Facebook page, blog, Twitter and Instagram accounts [@PeculiarJournal].