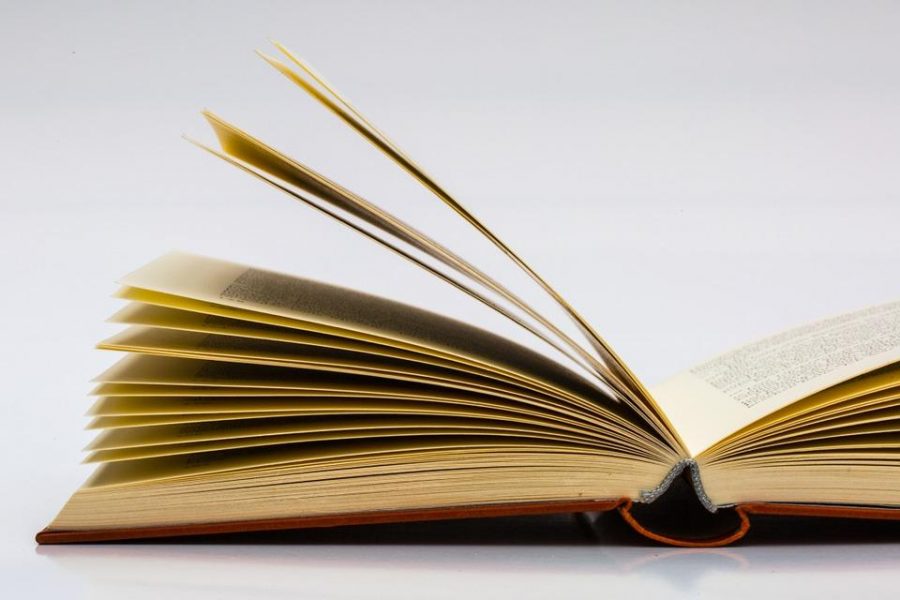 Banned Book Week is celebrating its 34th anniversary this year. Here at the U, the Marriott Library has hosted a Banned Book Reading for the past three years in celebration.

Fighting against the censorship and banning of books is just one of many components of the Marriott Library’s mission, and Monday’s Banned Book reading was a small part of that mission. 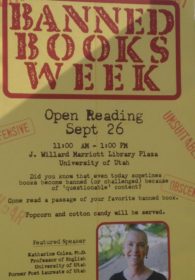 This year, the library had a special speaker: Dr. Katharine Coles, Professor of English at the U and a former Poet Laureate of Utah. Clearly a firm lover of books, particularly those that others might find controversial, Coles used her time to speak on the tendency of people to pat themselves on the back during Banned Book Week — looking at the books that were once banned and telling themselves, “See how far we’ve progressed? We know better now!” For Coles, this neglects some significant parts of the story. For one thing, books are still being banned — and sometimes those books weren’t banned when they first came out. In other words, the world of literature is in constant upheaval; what is controversial at one time may not be at another, but by the same token, what was perfectly acceptable in the past is always in danger of being seen as unacceptable today. She intends to focus on “things that cast us into disarray right now,” as she said.

Her reading, like many shared during the two hours of open mic time presented by the library in celebration of the controversial, was full of expletives and comments on sexuality. Multiple passers-by during the event found themselves turning in the direction of the shaded area where readers were standing, caught by the sound of words usually deemed inappropriate booming loudly across library plaza. 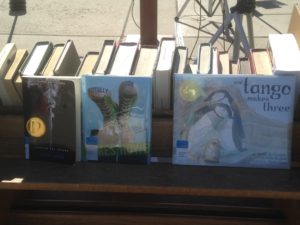 Other books that were read include Ah Pook is Here!, by William Burroughs, The Awakening, by Kate Chopin, and Catcher in the Rye, by Ray Bradbury. There were plenty more as well, and a cart stood to the side of the readers’ podium filled with additional options of previously banned books, including the illustrated children’s book And Tango Makes Three, by Justin Richardson, Peter Parnell and Henry Cole.

Censorship has existed as long as there have been materials to censor. The practice has not stopped, even in today’s “enlightened” age. There are a few ways to combat it, though, as was mentioned at Monday’s event, and they include: a purposeful awareness of world events, subscription to various library publications, joining groups such as Freedom to Read and the National Coalition Against Censorship, and generally supporting libraries by joining library friendship groups.

Use this week to read up on your favorite banned books. The list is a long one, far longer than it should be. Or you can read Robert Doyle’s Banned Books: Challenging Our Freedom to Read, which explains censorship and provides statistics on the censorship that has gone on in the past.