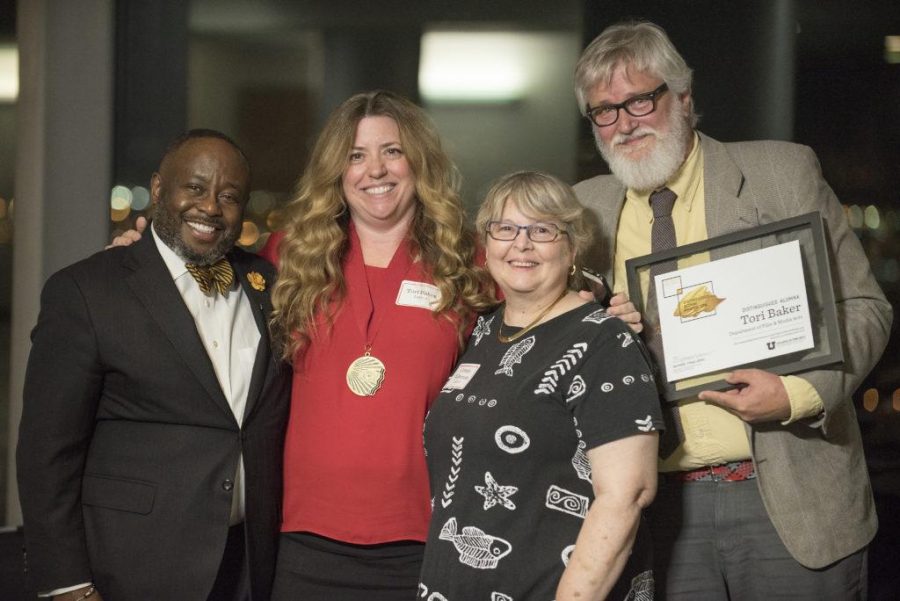 The College of Fine Arts recognized five distinguished alumni for their work in each of their fields. The alumni participated in a variety of events, including panels, a banquet and presentations, all culminating in the Legacy Assembly on Sept. 29 at Kingsbury Hall. During the Legacy Assembly, students from each department had the opportunity to show off their work and their skills, including pieces from the musical “Bring It On,” performances by the Jazz Ensemble and Modern Dance students and a screening of the short film “L’Autre Rive.” Through this connection with students and alumni, the college was able to both honor those who have gone on and achieved success in their fields as well as highlight the important work that students continue to practice.

Adelaide Sinclair, an alumna from the School of Music, has made her mark through opera singing. Her experiences have taken her from the New York City Opera to the Santé Fe Opera to singing in the Hollywood Bowl. She credits her education at the U for much of her success, particularly as it gave her a strong repertoire and a chance to really take advantage of her studies. In conversations with students, Sinclair also encouraged going out to find what you love. “You always have options,” she said. Her passion has helped her discover new options and paths, and her education helped provide the foundation on which she is now continuously building.

From the Film and Media Arts Department, Tori Baker served as honoree. After graduating, Baker looked to nonprofit and festival work including  time with the Sundance and the CineVegas Film Festivals. Currently, Baker acts as the executive director of the Salt Lake Film Society, well known throughout Salt Lake for providing access to non-Hollywood films. While many typically associate filmmaking with the production of a movie, Baker points out that many pieces and people are required to bring a movie from conception to distribution. In her position at SLFS, Baker is able to bring independent and art films to the community.

The Theatre Department was pleased to honor Jeff Frank, the Artistic Director of First Stage. Hailed as one of the largest professional Theatres for Young Audiences, First Stage uses stage skills to enhance life skills. This includes courses that teach both acting and movement, and how these lessons can be applied to every day situations, like bullying. He enjoys directing his work toward young audiences, particularly as they have such a high standard. “In theatre for young audiences, the audience is not afraid to tell you exactly how they feel immediately in the moment,” he said with a laugh.

Linda C. Smith was honored from the School of Dance. After dancing both at Virginia Tanner’s Children’s Dance Theatre and at the U, Smith became one of the founding members of Repertory Dance Theatre. Even though her path had some bumps along the way, Smith chose to see each problem as an opportunity. “I got to where I am because of luck,” she said, “which is a combination of being in the right place at the right time with enough information to fool people.” She currently works as Artistic Director of RDT, and continues to use her experience to enhance the lives of others through performance and dance.

Brad Smith, hailing from the Art and Art History Department, combined his love of art with a love of life sciences. After receiving his Bachelor’s at the U, he has gone on to work with medical illustration producing visualizations. His work has been seen in National Geographic, BBC, PBS, CBS and the Discovery Channels. In his work, Smith has also found ways to express the interconnected nature of the arts and the sciences. When giving advice to students, he highlighted the work that they currently do: “Call yourselves artists now. You may be waiting for a transition after you graduate from being a student to being an artist, but even right now, you are an artist.”

The Distinguished Alumni Awards help to keep current students in touch with what their future may hold, as we look to those who have gone before. We are encouraged and sustained through our collaboration and support of each other in our work. By honoring our alumni, we are able to celebrate their achievements as we draw inspiration from their work.