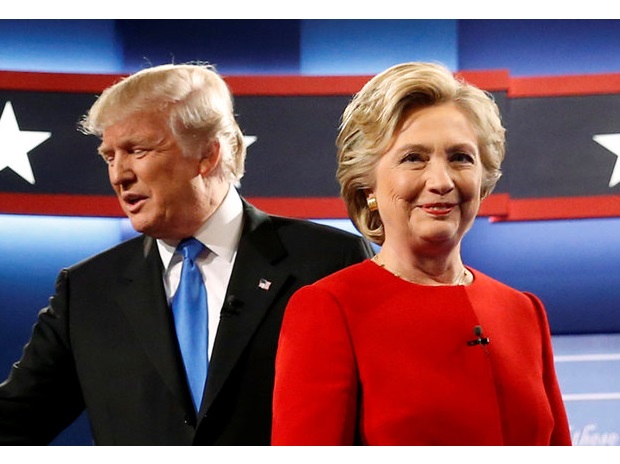 In the first debate, Donald Trump defended his 2006 comments where he called Rosie O’Donnell “fat” and “unattractive” and claimed they were justified. “I said very tough things to her,” he said, “And I think everyone would agree that she deserved it and nobody feels sorry for her.”

It only got worse from there. Just days before the second debate, audio came out of Trump bragging about grabbing women without consent. “I just start kissing [attractive women]. It’s like a magnet. Just kiss. I don’t even wait. And when you’re a star, they let you do it. You can do anything,” Trump said. “Grab ‘em by the p—y. You can do anything.”

His comments, which he dismissed as “locker room talk,” have encouraged a number of women to turn public with their allegations of Donald Trump sexually harassing and assaulting them. The New York Times reportedly conducted over 50 interviews in a 6 week period of women former employees or acquaintances of the New York billionaire. Temple Taggart, who was Miss Utah in 1997, said that Trump kissed her “directly on the lips” without her consent — while he was married. “I think there were a few other girls that he kissed on the mouth,” she said, “I was like ‘Wow, that’s inappropriate.’”

What is most troubling is that even with Donald Trump admitting these things on tape, victims are still being scrutinized and accused of lying. Many ask why these women chose to wait until the weeks before the election to come forward with their accounts, some of which took place decades ago. “The accusations of sexual assault are unfounded and convenient,” someone wrote on Red Pill, a subreddit dedicated to Men’s Rights Activism. “People come out of the woodwork to accuse Trump of sexual assault years prior, but conveniently wait until right now to announce.” Trump himself has denied the accusations as well. When a woman came forward saying Trump stuck his hand up her skirt on an airplane, he scoffed at her claims and told an audience that she “wouldn’t have been [his] first choice.”

There are plenty of reasons other than nefariousness or attempting to influence an election that could have led these women to wait until now to go public. Sexual assault is already something that is sensitive and excruciating to talk about and rarely is it reported to proper authorities and it is, therefore, unsurprising that these accounts were buried until now. It makes sense that Trump being caught on tape describing assault would empower women to come forward. The number of victims suddenly speaking up shouldn’t be surprising. When one person comes forward, it makes it that much easier for others to do so. This trend shouldn’t alarm us and it certainly doesn’t imply these women are lying. There is power in numbers and significance in solidarity.

Hillary Clinton’s candidacy, in general, has also brought out offensive attitudes towards women. Trump has questioned her stamina and accused her of being unfit to be commander-in-chief. Even with her decades of experience and consistent resumé building, her stamina and ability to lead the country are still being questioned. It seems unlikely that a man with a political track record like Clinton’s would be accused of being unqualified; gender is clearly playing a substantial role in this criticism. While it is a tremendous accomplishment for the country to have a woman be this close to the land’s highest office, it comes at the price of giving mainstream attention to the misogynistic attitudes that plague our society.

Although this nation has, in recent decades, made moves towards equal treatment of all people, there is still substantial progress to be made. Above anything, this election has highlighted the challenges women face throughout the nation. They are objectified, harassed and called crazy when they try to do anything about it. If they run for president, they will receive excessive scrutiny and criticism that comparable male candidates wouldn’t. We should use this spotlight on sexism to bring awareness and acknowledgment to gender discrepancies and the impact they have on beauty pageant contestants, flight passengers and privileged politicians alike.