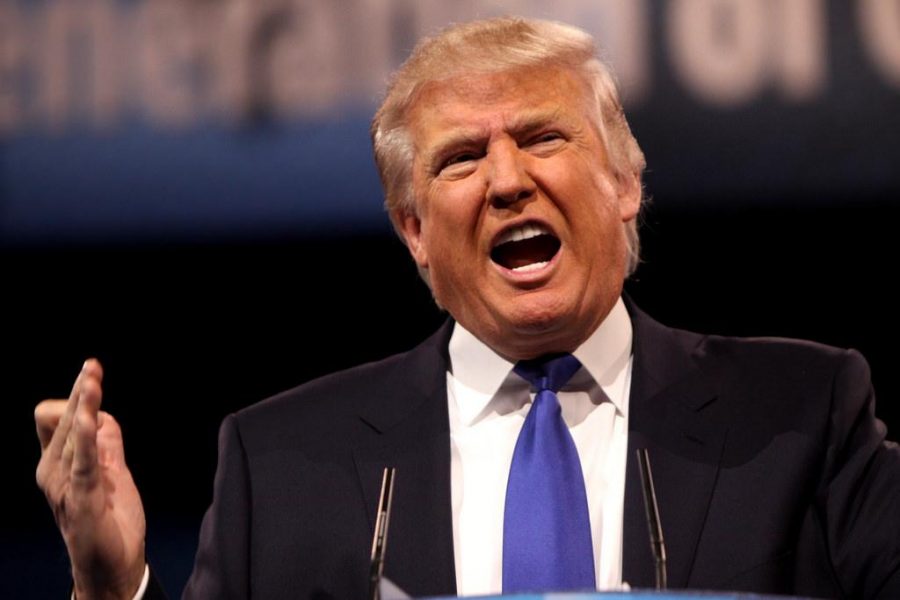 DISCLAIMER: This post was written by The Daily Utah Chronicle Opinion desk and does not reflect the Chronicle as a whole.

There are few words not already written about this confounding and, in our era, unique election cycle. Both major-party candidates have feverishly called the other a liar, corrupt, ill-tempered and unfit for the office of the President of the United States of America. Third parties, for the first time in this generation’s lifetime, have a real chance to collect enough votes to alter the outcome of the election. If neither of these truths astound, consider that Utah is now on most electoral maps as a swing state, deemed a “toss up” come November 8.

While we at the Opinion Desk of The Daily Utah Chronicle have chosen to refrain from endorsing a presidential candidate, it is clear to our collective conscience that whatever your political leanings, there are indisputable objections to the candidacy of Donald Trump. We denounce his bid for the presidency and encourage you to vote for any candidate except Trump.

When given the chance, Donald Trump paints an apocalyptic (and clearly false) vision of the United States, choosing to eschew Reagan’s “shining city on a hill” for an inaccurate and divisive account of a world which simply does not exist. He’s selling a bad product; one which misleads voters and, essentially, disrespects them. He has not only insulted large portions of the population – including immigrants, African Americans, Muslims, women, the disabled, POWs, journalists and gold star families – he baselessly perpetuates the myth of a global conspiracy.

Donald Trump’s lack of a coherent platform is troubling, especially when much of the time he fails to outline policies of his own and instead belittles the positions of his opponents. These are the moves made by an ineffective politician running on big claims and little substance. His responses to issues on which he has blurted positions—imposing tariffs on global trading partners, not defending NATO allies, refusing Syrian refugees access to the U.S., nonchalance about the use of nuclear weapons and false claims about “the immigrant problem”—prove his nativist, isolationist mindset. To be clear, Donald Trump’s presidency, while not totally predictable, threatens the U.S.’s ability to remain a viable partner and competitor in the world economy. His anti-globalization rhetoric is a reminder of the recent Brexit vote, and is, in fact, a step in the wrong direction.

The question of his temperament and ability to serve as president has come up in each of the three presidential debates and is the subject of ongoing discussions at the Opinion desk. While Donald Trump has displayed ad nauseam his inexpert grasp of foreign affairs, he is also peculiarly unfit for the position of POTUS. He seems to have a fundamental misunderstanding of the role the president has in the process of government. When confronted because of remarks he’s made, he often lashes out, making either ad hominem attacks or, more often, sexist comments. He takes to Twitter to wage insults, and, according to ghostwriter Tony Schwartz of The Art of the Deal, “He has no attention span.” In most respects, Donald Trump comes off as an arrogant, narcissistic misogynist representing what large portions of America have dismissed in the fight for equality these last 40 years. This goes beyond political correctness. With Trump, his temperament leaves serious concerns about the bounds of his ability to be a basically decent human being. As The New York Times put it, electing Trump would be “handing the White House to a man far more consumed with himself than with the nation’s well-being.”

His propensity to self-promote seems just a blemish compared to the number of cruel and immoral positions he’s held. This is a man who’s lied pathologically in his bid for the presidency, flaunting false statistics and false claims about his electoral performance. He’s advocated the use of torture and waterboarding. He lacks respect for women, political opponents and racial minorities. He openly propagates conspiracy theories. Those who contradict him are, despite first amendment protections, liable to lawsuits. He’s bragged about sexually assaulting women and has been accused multiple times of sexual misconduct. Aside from refusing to say whether or not he’ll accept the outcome of the election, a dangerous though meaningless position in its own regard, he consistently denies having said or done things caught on camera or microphone.

At this point, it seems clear to little more than half the voting population that Trump is a danger to the pillars of democracy and liberty. This means little on its own. When considering, however, the logical and moral case against voting for Trump, for which members of the LDS church have shown vigor and conviction, the issue is better defined: when it is in their power, religious and non-religious groups alike have an obligation to stop the rising to power of bad actors. Just as, for now, this college newspaper desk has the freedom to anti-endorse candidates when it feels it must, most citizens of this country have protections that guarantee their right to vote freely in state and federal elections. For the first time in over 40 years, every Utah vote will matter in determining the president. Several candidates deserve your vote (protest or otherwise), be they Evan McMullin, Gary Johnson, Jill Stein, or Hillary Clinton.

Use your vote in a meaningful way on November 8. Do not vote for Donald Trump.