Artist of the Week: the Young Entrepreneur of Evók Clothing Collective 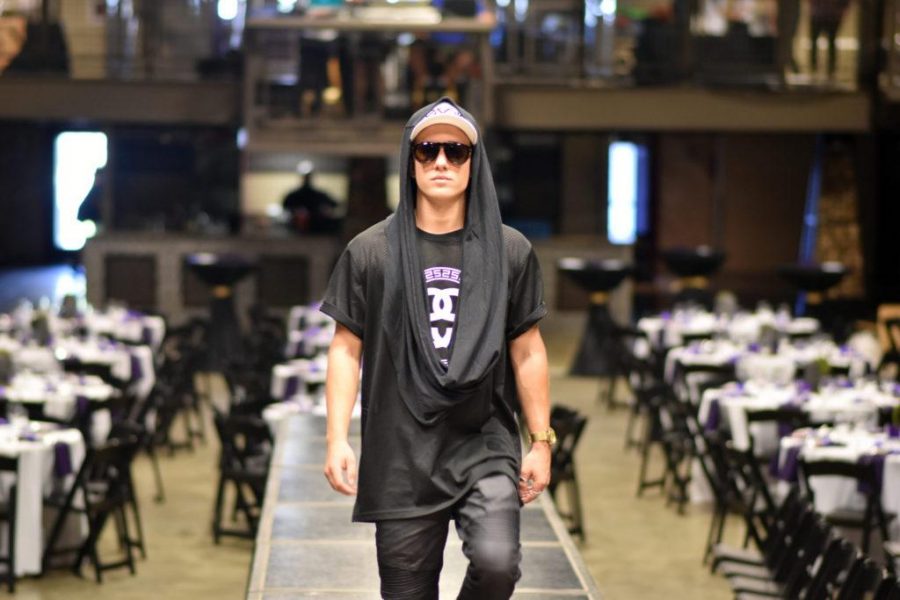 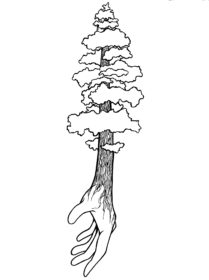 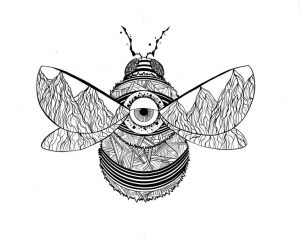 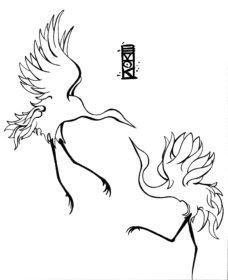 What began as an anxious desire to start something soon grew into a creative medium to promote social impact and local influence.

Colby Russo, a sophomore in the Entrepreneurship major here at the U, decided to enter into the clothing industry while a junior at Rowland Hall high school, a local preparatory school in Salt Lake City.

Russo was born in Olympia, Wash. but grew up mainly in Costa Rica. His family moved to Salt Lake City where he attended high school and then enrolled at the U. Despite not being raised in the area, Russo considers himself fairly local, which is why he endeavors to give back and contribute to the community here. 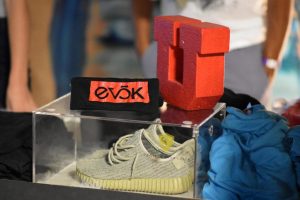 Attending a school trip dedicated to entrepreneurship, Russo met Kathy Hajeb, a director at the Lassonde Entrepreneur Institute. Hajeb ran some business workshops and seminars for the school trip. She became the person who “sparked [his] interest in business and entrepreneurship,” said Russo.

His school group went to Silicon Valley after that. There, they were introduced to the inventors of the da Vinci Surgical System. They had the opportunity to observe the “full-on experience” of being an entrepreneur.

He also met the founder of Kiva, an international non-profit lending agency. This was an introduction into the world of non-profits.

“After that trip” and from tenth grade on, Russo knew he wanted “to be an entrepreneur, a creative thinker,” and he knew he wanted to live at Lassonde Studios when it opened, he said.

Russo went on to create a clothing company that would soon realize a unique approach to business and fashion: Evók pronounced ‘evoke’ Clothing Collective. “Looking back, it definitely wasn’t the easiest thing to start,” Russo said. But start it he did. 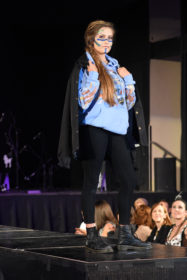 Over the past three years, Russo has been able to propel his company off the drawing board and toward success thanks in large part to the Lassonde Entrepreneur Institute. The Institute has provided Russo with an office space, an initial investment of $1,200 from a Get Seeded event to get him on his feet, countless networking connections, incredible resources through their Hours With Experts program and more. Additionally, Russo currently lives at Lassonde Studios.

Running a business alongside his studies has been majorly influential for his success, according to Russo. He has been able to incorporate elements from his business into his classes and vice versa.

Designing the patterns and pieces himself, Russo endeavored to avoid “mainstream or trendy fashion.” Instead, he focused on integrating art to create unique designs.,”

Now, as his company grows, Russo is beginning to incorporate local artists from the Salt Lake City area into his brand.

For many artists, making a living off of creating art can be difficult, to say the least. Evók acts as “a bridge between art and the public” to help generate publicity and revenue for the artist and unite the community with local uniqueness, Russo said.

Currently, 33 percent of proceeds from every sale benefits non-profits and community enrichment programs, as Evók is what is called a ‘benefit corporation.’ Russo hopes to shift toward only local non-profits in the future.

For now, Russo and his company plan to launch a new line based on the art of local, Graham David. Each piece will benefit a different local non-profit.

Russo has three fundamental “pillars” for his business: social impact, locality and uniqueness.

“I’m using it as a platform for my ultimate goal in life — which is neverending ­— to create the greatest possible positive impact on the world,” he said.

Much of what Evók sells is locally manufactured. All printing, designing and most of the production process happens here in Salt Lake City. Russo himself crafts custom items like those used in the recent fashion show and live auction hosted by Planned Parenthood.

The catalog items like those found online at the business’ website are manufactured through a local wholesale distributor but Russo reportedly plans to eventually manufacture internally.

Customers may soon find Evók products at local boutiques and on Amazon.

After graduating, Russo plans to “keep [Evók] going as long as possible” through his team of brilliant managers and designers: David Brooks, co-founder of Evók and Revolution United, a local non-profit; Sienna Schied, a graphic design student; Ashley Mayhugh, a student here at the U and Natalie Lam, the accountant/manager for Evók and student at the U.

Russo further intends to start up more businesses and projects in the future as he focuses less on management and more on design.

He hopes Evók will “grow out of Salt Lake, but stay rooted,” he said.

Russo welcomes submissions from local artists for future designs. He encourages artists to send their work to [email protected]