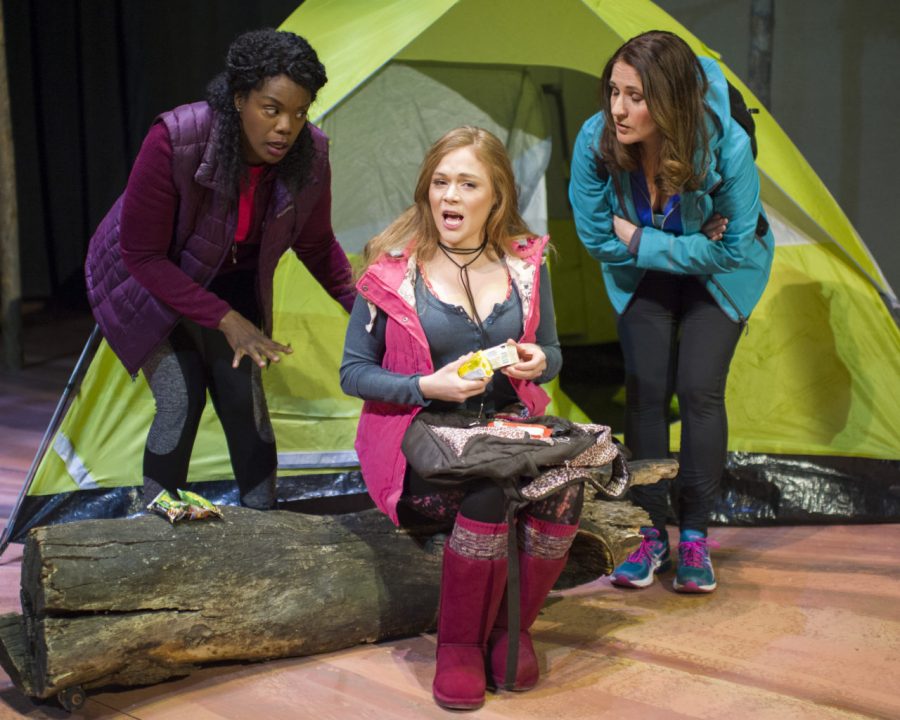 The premise is as follows: Liz has recently started dating Jackson, and her best friends Mary and Jo are feeling slightly skeptical. At first it was just a matter of his unusual sense of humor, but with recent news of a missing dental hygienist, Jo and Mary decide they must investigate further to ensure the safety of their best friend. As they begin snooping around, Mary and Jo track down Liz’s daughter Amanda and her boyfriend Trenner. They partner up with the police sergeant, and all three women quickly find themselves on a weekend they won’t soon forget.

Wendy MacLeod’s quick humor and a keen understanding of female friendships makes “Women in Jeopardy” a delightful theatrical escape. The comedy may begin in a familiar setting, placed in the Utah areas, but its farcical tendencies quickly expand it into an outlandish adventure for our three heroines. References to familiar landscapes, including Cedar City, Snowbird and Carmel Canyon give the audience unique insight directly into the narrative. Salt Lake audiences may even find more humor in the story than others—particularly in reference to the unique culture of our own city that we know all too well.

Performances from Anne Tolpegin, Rosalyn Coleman and Elizabeth Medows Rouse as leading ladies Mary, Jo, and Liz respectively flirt with over-exaggeration, adding to the outlandish nature of the story. Joe Gately holds his own among the three women, showing impressive skills as he shifts between two completely contrasting characters. Betsy Helmer and CJ Strong make a remarkable pair, as the less than bright Amanda and her snowboarding boyfriend Trenner, in their unwitting involvement in the shenanigans. As misunderstandings and manipulation collide, Karen Azenberg’s skill as a director shines through in their performances.

The set, designed by Daniel Meeker, is both fluid and familiar. The production can quickly shift from the suburbs of Salt Lake City to the campsites of southern Utah in a matter of moments without missing a beat. Original music, composed by Matthew Bashaw, Joshua C. Hight and Callie Reed, highlights the fun and energetic nature of the show. The use of lighting to create snapshot images throughout the performance provides insight into the minds of the characters and jumpstarts the audience to recognizing where they’re heading next.

“Women in Jeopardy” performs through February 25 at the Pioneer Theatre Company. Tickets are available at the box office or online at www.pioneertheatre.org. Students are eligible to purchase tickets in advance for Monday through Thursday performances at half price with their UCard or purchase rush tickets one hour before curtain for $5.