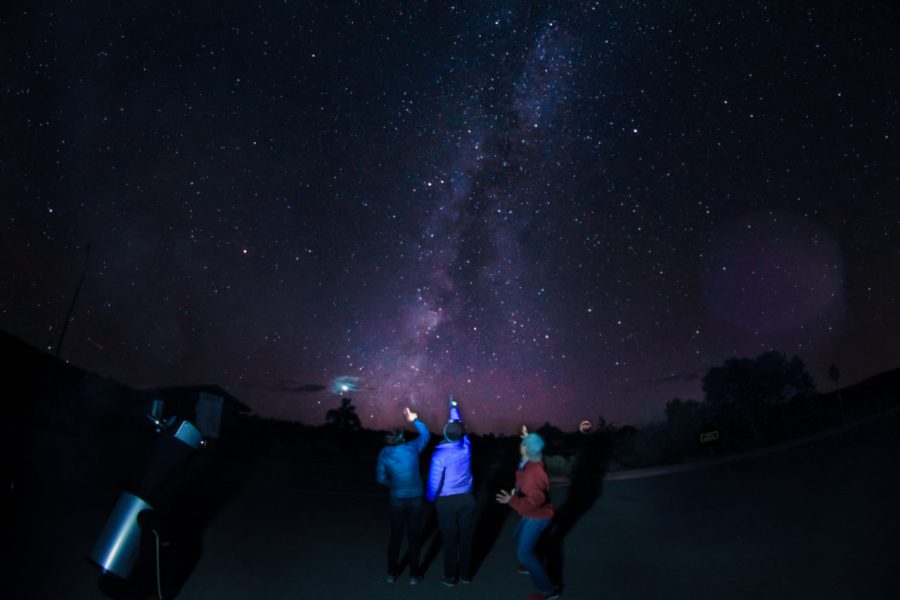 About 67% of land in Utah is federally owned — the second highest percentage in the nation — making the state uniquely positioned to host studies of the dark sky.

‘The disappearing dark,’ a phrase used to describe a sky that is becoming increasingly polluted by light, is an issue the Consortium for Dark Skies Studies (CDSS) will explore in its new facility at the University of Utah.

“We have among the darkest skies remaining in the developed world,” Stephen Goldsmith, co-director of CDSS said.

Researchers warn that nights that never get darker than twilight are impacting nocturnal animals, while in humans, the trend has been tied to sleep disorders and disease.

The CDSS is the first of its kind in the world, being an institution singularly devoted to combating threats to the dark sky and their environmental implications.

5 national parks reside on the state’s 35 million federal land acreage — where researchers with CDSS says some of the nation’s best views of the cosmos can be found.

Aside from the Salt Lake valley, which is actually known for enfeebling smog, Utah has clear and unpolluted air, low population density and vast spaces.

Foott’s goal is for “all of the towns and cities across the Colorado Plateau to consider lighting ordinances.”

Astronomy is especially feeling the effects of light-pollution: a third of the world is not able to see the Milky Way.

According to Science Advances, the brightness map reveals that 99% people in the US  live under skies almost 10% brighter than their natural cosmos state.

When areas like parking lots, highways and streets are brightly lit with lights, illumination penetrates the dark night.

“This glow obscures our ability to see the astronomical wonders of our solar system and beyond,” Goldsmith said.

He added: “It gets even more complicated when we add air pollution in cities.”

Each year as many as 988 million birds die in the U.S from colliding with unnecessarily lighted buildings, towers and windows. Migrating birds rely on seasonal and innate schedules, mostly dependent on mother nature’s cues.  Artificial illumination can force them to migrate too early or too late — in turn, missing ideal conditions for nesting, gathering and other behaviors.

This, Goldsmith said, is “one of the tragedies resulting from our overly and improperly lit cities.”

These airborne vertebrate are not the only species affected by a diminishing night sky.

As for human exposure to false-light, the World Health Organization and International Agency for Research on Cancer indicates there may be a relationship with certain types of cancer, such as Circadian Disruption, or disruptions to the ‘internal body clock.’

Housed in the architecture building, the CDSS will have access to lighting design and building planning, which will help develop processes to slow artificial night-time brightness.

“To solve the problem of light pollution we are going to have to rethink how we design our lighting,” Foott said.

She explained that lights that are covered, or can dim or turn off while not being used, could help to reduce light pollution as well as conserve energy.

Millions of other smaller lights on buildings, homes, schools and even headlights on cars during rush hour are what Goldsmith calls “light trespass.”

In the aggregate, “these light sources produce so many lumens that we can’t see beyond the city’s glow.”

These forms of light rescind the sky’s naturally pitch-black state.

“The skies connect us all.”