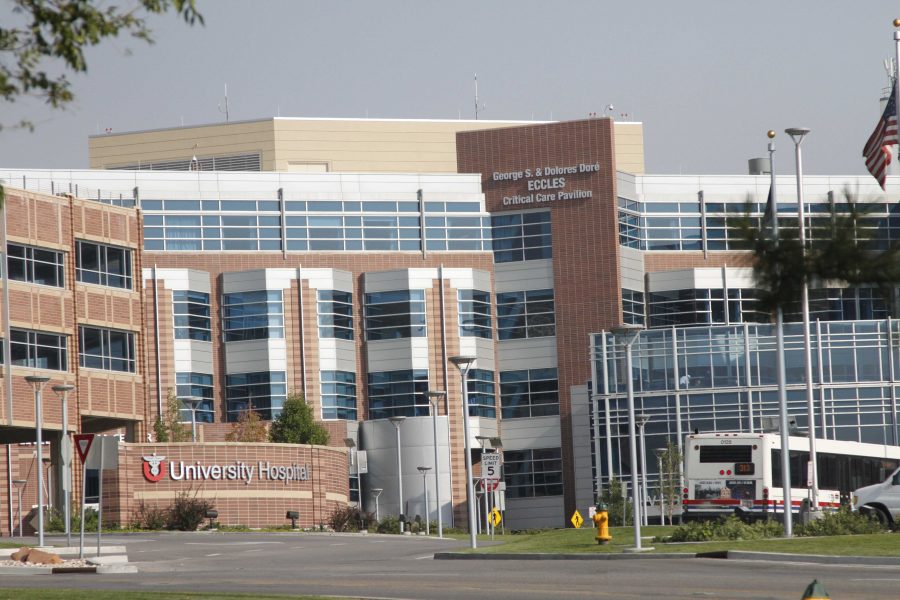 At a discussion surrounding healthcare in the United States on Feb. 16, panelists were confronted with a series of difficult issues, which prompted Republican Utah State Senator and former physician Brian Shiozawa to say, “If we could answer these questions, we would solve the problems with healthcare in this country.”

The event was the first in a series of conversations hosted by the University of Utah’s Department of Political Science, the Hinckley Institute of Politics and the College of Social and Behavioral Science called “Understanding our Differences, Shaping our Future.”

“This dialogue series was prompted by our conversations with students and alumni after the 2016 presidential election who really wanted to find a way to talk about important issues in a way that did not devolve into disrespectful and uncivil exchanges between groups of people who are already locked into their respective positions,” said Dr. Mark Button, Chair of the U’s Department of Political Science.

Button said the panelists were chosen to “bring together a diverse group of people who are not always accustomed to talking and listening to each other directly and in person – individuals with contending philosophical and ideological perspectives – scholars, elected officials, state representatives, community activists and other leaders.”

Cindy Berg, Dean of the College of Social and Behavioral Science, moderated the discussion. Berg began by asking Shiozawa and the other panelists — Dr. Vivian Lee, Dr. Joseph Miner and Professor Norm Waitzman — what the public should value as the nation approaches healthcare reform and how the U.S. healthcare system can balance cost, quality and access.

Reform Should Focus on Preventative Care

All four panelists acknowledged that the U.S. spends more money on healthcare than any other developed country but generally fails to provide measurably favorable healthcare outcomes for the public.

Miner, who is the Executive Director of the Utah Health Department, said that America’s infant mortality rate is 45th among developed countries and that its life expectancy is 33rd. He noted that the country’s place as first in the world for “rescue care” is good, but said that the system is inefficient and expensive.

The panelists discussed the questions from the perspective of their areas of expertise, touching on issues from quality and access to healthcare, policy, the need for preventative medicine and the economics of healthcare.

Lee is the Senior Vice President of University Health Sciences, Dean of the School of Medicine and CEO of University of Utah Health Care. She said that she’s contemplated the question of how to continue providing care in the midst of “unpredictable winds of politics.” Going forward, her goals are to use the innovative resources available to the hospital through its relationship with the U, raise the quality of healthcare and involve patients as partners.

One point frequently missing in the discussion of healthcare reform in the U.S., according to Lee, is that “higher quality [of care] can reduce costs.” She said that better care results in shorter hospital stays, fewer complications and fewer hospital admissions.

Lee noted that estimates of  wasteful government spending on healthcare in the U.S. accounts for about $1 trillion per year, a significant percentage of which is due to conditions that could have been prevented with better care. In her opinion, reduction or elimination of this waste would allow the country to provide healthcare to those who don’t have access to it. One of Lee’s goals is to provide care that’s attainable regardless of a patient’s socioeconomic status.

Miner also believes that the U.S. wastes a lot of money in health care spending. He said that a great deal of expense could be avoided by shifting our medical system from focusing on tertiary prevention — which seeks to prevent permanent disability and death — to a focus on primary and secondary prevention, which aims to slow the progression of disease or prevent it entirely.

He agreed with Lee that “everyone is entitled to healthcare,” but said that he thinks that everyone already has that through emergency care, which he feels is the worst way to provide care. According to Miner, the current conversation surrounding healthcare reform in America forgets that the country is already paying for the emergency care of those without health insurance. He said the most cost-effective solution is to shift that money to preventative care.

Shiozawa, who spent many years as an emergency physician, responded to Miner’s point that the country pays for emergency care of the uninsured, saying it’s the most expensive and worst way to get medical care.

Lee acknowledged that a shift to preventative medicine would require huge changes to the structure and culture of healthcare. Currently, patients have to pay a fee for each service. This structure encourages physicians to become increasingly specialized. Focused services lead to higher pay and prestige for specialist doctors than for primary care physicians who focus on preventing disease in their patients.

The panelists addressed the trend of the healthcare system toward more individualistic and consumer-driven treatments rather than moving toward collective illness prevention for the entire population, but their opinions on this drift varied.

Some research says that consumer-driven healthcare can be more expensive and less effective than when doctors and other experts can make treatment decisions without patients pressuring them to receive specific care methods.

Lee, whose hospital system publicly publishes patient reviews of all its physicians, said she requires physicians to inform and involve patients in their care, but not allow them to drive treatment decisions. She said patients need to understand and be part of their healthcare decisions.

Miner said the public needs to be better at shopping for their own healthcare. According to him, they need to be able to compare and choose between providers.

Using the example of prescription drugs, Waitzman said he feels patients need to have information that would empower them to choose between similar drugs.

According to him, prescription drugs now account for between 11 and 12 percent of national healthcare spending, significantly higher than in recent years. Waitzman says this is because their current cost is partly driven by a practice of companies buying old drugs, especially life-saving ones and exponentially raising their prices above the cost of manufacturing.

Miner added that he believes the reason national spending on prescriptions is so high is partially related to pharmaceutical companies advertising expensive drugs directly to patients, driving up consumption of expensive drugs rather than comparable cheaper ones. He called the practice “ethically questionable,” while Shiozawa went further to describe it as deeply unethical. Waitzman thinks if patients had the information to choose between comparable drugs, the “exorbitant” cost of prescription drugs would likely decrease.

Waitzman spoke about free market concerns in regard to national healthcare reform, saying that some economists fetishize the market, seeing it not as a tool for but the essence of social change. He disagrees, saying that it’s a useful tool that can either give people expanded choices or rob them of choices. To him, soaring costs of life-saving drugs are a failure of the market structure. Waitzman also called health spending accounts and employee benefit package choices “market failures,” saying that the general public can’t make these decisions in an informed or efficient way. In his view, this drives costs up.

Lee said that while healthcare is currently individualistic, shifting responsibility onto patients, they should request transparency and information from hospitals and doctors. She said much of the data patients can use to choose between hospitals or providers is public. If not, she said, hospitals are required to collect that data and patients should “demand” it.

Button, who helped organize the event, was pleased with the panel. “I was impressed by the substantive depth of our discussion and by the very thoughtful and probing questions that the audience posed to all of our panelists,” he said. “I was also very glad to see that practical steps were offered for how we can all be more proactive in the healthcare arena.”