Artist of the Week: Nick Vincent Gets Creative for Conservation 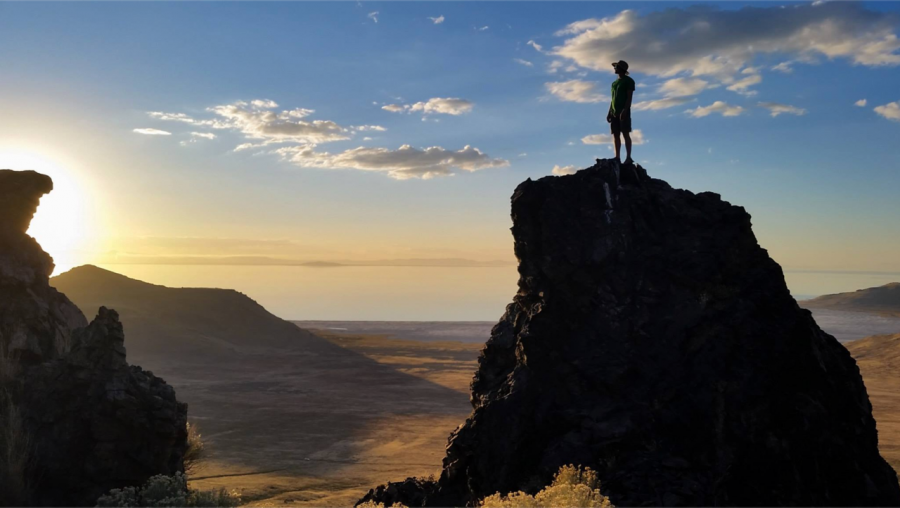 With its vast selection of land attractions, Utah has something for every outdoor enthusiast. University of Utah’s student Nick Vincent, has taken to the red rock regions of the state to find inspiration, develop his creativity and to learn how to preserve the environment for future generations.

Vincent is an Environmental and Sustainability Studies major with a passion for nature and an affinity for outdoor photography and film. His skills and fervor for the cinematic arts earned him recognition in the film industry. He decided to major in environmental studies because he loved “being outdoors and [loved] the environment.”

“A lot of things were troubling me about [the environment] so I wanted to do my part to protect it,” he said.

Recently there have been troubling trends with respect to the environment, water sanitation and national parks. Local news channels recently reported on Patagonia dropping out of the Outdoor Retailer event in Utah because of legislation attempting to overturn Bears Ears’ status as a national monument. When Utah lawmakers would not meet the demands put forward by the Outdoor Retailer show, the event made the decision to leave Utah for good. 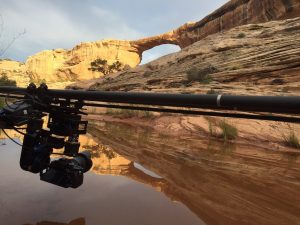 Video of a town hall meeting with Congressman Jason Chaffetz circulated around social media and was posted by The Salt Lake Tribune’s Facebook page, showing constituents who oppose his stance on public land management standing up and shouting, “Do your job!”

In response to this, Vincent referred to former President Barack Obama’s legislation that made Bears Ears a protected national monument. In his opinion about Chaffetz’ public land reforms, Vincent stated, “I don’t think he’s really representing his constituents and you can see that with the meeting that he had. There’s this massive resistance to this, the public outcry. And that’s because I believe that the majority of Utahns do support what Obama did with Bears Ears.”

Although Vincent is an avid environmentalist, his interest in photography piqued early on in high school when he took a darkroom photography class. “It’s pretty cool because with digital cameras you can take as many photos as you want,” he said, “but when you’re shooting on film you’ve got to take your time; focus on what you’re shooting.”

Initially he took film classes in college but started experimenting with footage of his own and began doing freelance photography work as he made the switch to environmental studies.  “I was doing pretty well — finding, learning skills, meeting people and getting opportunities.” 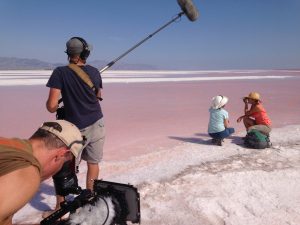 When he began filming and shooting photography, he had to borrow cameras from the school’s film department but wanted a more robust camera to work with. “At the time I didn’t really have much access to relevant cameras in the industry,” he said. “I was just kind of itching to get my hands on something to start creating what I could with that type of camera.”

He later received a camera as a gift which would allow him to tap into his full potential.

“It was very exciting,” he said. “For a while I really wanted a nice camera. I had all these ideas of things I wanted to do with it. It was a great feeling to finally get a camera and be able to start creating.”

Once equipped with an efficient DSLR camera he took to recording time-lapse footage and even worked as a production assistant on a five-week, three-part film about the Great Salt Lake with NOVA Media Productions, a television company out of Canada. He was able to combine his love for photography with his love for nature.

But his first big break came from the U’s PBS station, KUED Channel 7, where he landed an internship that got his foot in the door. The opportunity presented itself when Vincent came across an invention that served the function of multiple different camera tools.

Vincent took the initiative to reach out to the inventor who agreed to give him one of the systems for free if he made him a film. He was given opportunities to prove his talents and earned the filmmaker’s respect. The experience he garnered and the relationships he developed led him to a more permanent position with the station.

Though Vincent feels he got into time-lapse without really intending to, he ended up enjoying the process and spent a substantial amount of his own time creating it. KUED recognized the work Vincent had put into time-lapse footage and the quality results he could attain.

“A lot of the projects I worked on at KUED revolved around me doing time lapse,” Vincent said. 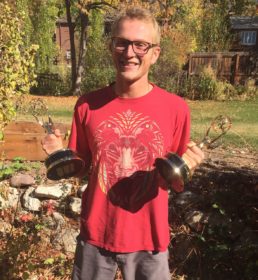 One of the projects he assisted the station with was called “National Park Symphony: The Mighty Five,” a film that offered him the opportunity to work as a time-lapse photographer and hone-in on the skills he had cultivated as an intern.

The Utah Symphony had been on a tour of the national parks performing a concert entitled “The Mighty Five Tour” that received outstanding feedback from its audiences. Producer Carol Dalrymple decided to approach Fischer about KUED’s idea to collaborate on the film and it turned out to be a perfect match.

The dynamic images of Utah’s national parks through the tumultuous winter and beautiful summer were taken to another level with the bold and dramatic symphony orchestra. Their collective efforts got the film nominated for 11 categories and won the film five Rocky Mountain Emmy awards, one of which Vincent helped them to achieve through his work in photography.

During his time at KUED, Vincent won two Emmys and has since dedicated the bulk of his time to studying. “Right now I’m just trying to graduate school,” he said. “I’m taking a break right now. That’s one of the number one reasons I left my job was to focus on getting school done. School used to be number two and now it’s number one.”

Students at the U who would like to learn more about environmental issues are encouraged to attend the Wallace Stegner Center 22nd Annual Symposium held at the S.J. Quinney College of Law. A free lecture will be held by Dr. Eric Freyfogle called “Water, Community and the Culture of Owning” March 22.

Also, students can register online to attend the rest of the symposium March 23-24, which will focus on the theme of “Water in the West: Exploring Untapped Solutions.” Speakers will include professionals from around the country who are experts on water rights, climate change and natural resources.