U Students Assist Lawmakers in Fights for Women’s Rights 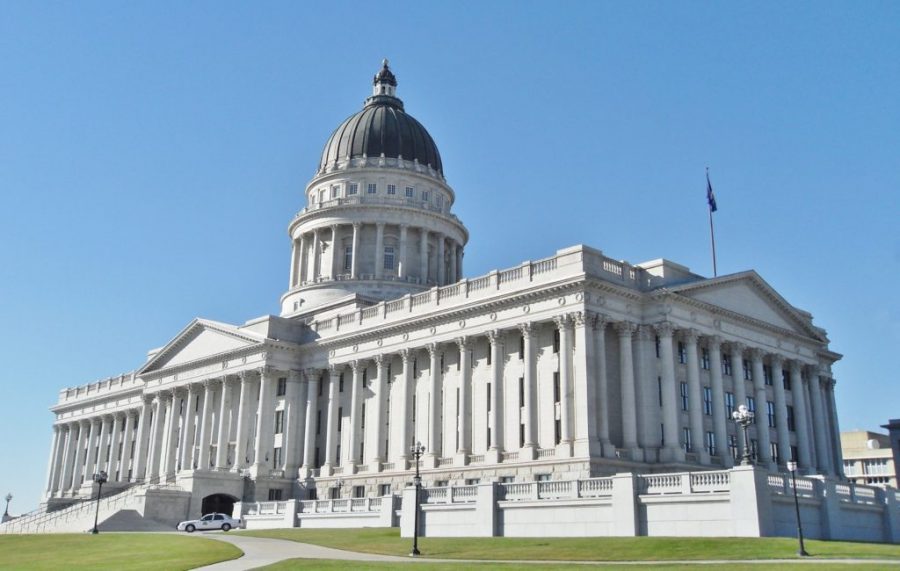 As Utah’s 2017 legislative session comes to an end, lawmakers — and some University of Utah students — are breathing a sigh of relief. Through classes and community involvement, a number of students have worked with professors and lawmakers to produce and push legislation on the state level. In a time when resistance movements like the Women’s March and Day Without a Woman are gaining traction, many students lobbied for laws that aim to secure women’s rights.

Sexual Assault Kit Processing would require that Utah law enforcement test and process all rape kits and obtain DNA profiles within a reasonable period of time. It further provides special rights for victims and mandates that the Department of Public Safety develop a sexual assault kit tracking system that allows victims to anonymously monitor their case. The bill was sponsored by Rep. Angela Romero and Sen. Todd Weiler.

Through the gender studies course “Gender on the Hill,” a handful of undergraduate students have worked with Rep. Romero to turn the bill into law. Kelsey Falvo, a sophomore studying gender studies and communication, said sexual assault kits are frequently left untested and gather dust on the back of evidence shelves throughout the state.

“The big problem in Utah is that these kits are being taken but they are not actually tested,” said Falvo. “Essentially, they are being destroyed.”

The Salt Lake Tribune reported in 2013 that there were over 2,700 sexual assault kits waiting to be tested. Although this number has declined over the years, there is still a line of untested kits.

H.B. 200 recently passed through the House unanimously and, on Tuesday, it passed unopposed out of the Senate. Falvo noted, however, that the fight is not over. The bill still needs to be subsidized and approved by Gov. Gary Herbert.

“A lot of people think that when a bill is passed, that’s it,” Falvo said. “But a lot of bills require funding.”

The fiscal note of the bill says that it is asking for a little less than $2.5 million, although lawmakers and supporters of the bill expect that number to be negotiated, Falvo said. “It’s a pretty big bill. It does a lot.”

Campus Advocate Confidentiality, another bill sponsored by Rep. Romero and Sen. Weiler, would prohibit campus officials from disclosing information about cases of sexual assault to police and other agencies without the permission of victims. They hope that the promise of confidentiality would make it easier for students to report an assault to school authorities.

Also lobbied for by “Gender on the Hill” students, H.B. 251 is a response to the overwhelming number of unreported incidents of sexual assault on college campuses. The National Sexual Violence Resource Center found that 90 percent of sexual assaults involving college students are never reported.

Part of the problem, Falvo said, is that victims of sexual assault often know the perpetrators, making it difficult for them to report the attack to police or proceed with a criminal trial.

“A lot of sexual assaults happen with people you know. You have that emotional relationship, so it’s hard to go to crime authorities about that.”

The bill would allow students to report to school officials, administrators or counselors without fear of being contacted or investigated by police, Adams said.

“Hopefully this will make people feel more comfortable so they will report and get help.”

On Wednesday, the Campus Advocate Confidentiality bill passed unanimously out of the Senate and will move to the desk of Herbert. Unlike the rape kit testing bill, H.B. 251 does not ask for any funding.

Erin Feeley, a human development and family studies student, is proud of the work her class has done to get these two bills pushed through the legislature.

She believes that by lobbying and pressuring lawmakers, students and community members can have a tangible impact in passing legislation. “They are a lot more willing to listen to you if you actually elected them,” said Feeley

Representatives are more recipient when someone shows genuine concern for what they are lobbying for, Feeley said. “Make it personal. Show that it’s not a mass email. I think that’s a huge aspect of community lobbying: it’s so personal.”

You also need to get lawmakers to take you seriously, noted Adrianna Haws, a senior in gender and ethnic studies. As a person of color, Haws said that is sometimes a challenge. By speaking and dressing formally, Haws said lawmakers are more likely to listen to your message.

“Be confident in your research,” Feeley added. “Don’t let them push you around.”

For the last three years, Dr. Larry Bench has been working with graduate and undergraduate students to improve the well-being of women in prisons.

Bench feels that the lack of formal sexual education of women in prison is “simply astounding.” Many women in prison don’t have a proper understanding of physiology and reproductive health. This program would fight that.

“Our thinking is that if they had a class that talked about how people get pregnant, how people can avoid getting pregnant, where they can go for information on women’s health issues and information on community support issues, it would help them avoid doing things that might get them back into prison,” Bench said.

Hadley Hege applied to work with Dr. Bench as a criminology intern when she was still an undergraduate two and a half years ago. She wanted to investigate what women’s health programs were being offered throughout the country for incarcerated women. When Hege found that very few female detainees were educated about their health, she and others began lobbying for state-mandated classes in correctional facilities, eventually leading to the Inmate Education bill.

Inmate Education Amendments went to a House committee last Wednesday and was struck down by the House Law Enforcement and Criminal Justice Committee with a 4-7 vote that split perfectly along a gender line – four women voted yes and seven men voted no.

Bench, who has been a research consultant for the Department of Corrections for 22 years, said it isn’t uncommon for legislators to take issue with a bill of this nature. Mandating sex education classes makes people uncomfortable, Bench said, although he’s not sure why.

He noted that the curriculum for the proposed classes would not be expensive and that it would come at little or no cost to the state.

“The bill wasn’t requesting any money,” Bench said. “It really doesn’t require a tremendous amount of money to put on a program like this.”

“I do understand the hesitation,” said Hege, now a first-year graduate student in human development. People are concerned about the “constant turnover in corrections” that makes it difficult to offer meaningful education to inmates.

With the bill not passing out of committee, it is dead for this legislative session. But Bench and Hege aren’t giving up. For now, they are celebrating the years of drafting, researching and lobbying for an issue they say is too important to ignore.

“Offering this kind of education to incarcerated populations is key,” Hege said.

Although he’s sad to see the bill defeated, Bench said he is overwhelmed by the hard work of his students. “I’m really proud of them and what they’ve done. They’ve really stuck with it.”

The group will continue to fight for women’s health education in prisons, and a mandate is the only way to accomplish this, Bench said. “Without some kind of statute in place that forces them to do that, this will never get done.”