Connecting the Dots Between The Election, The Oscars and The NFL/NBA Finals 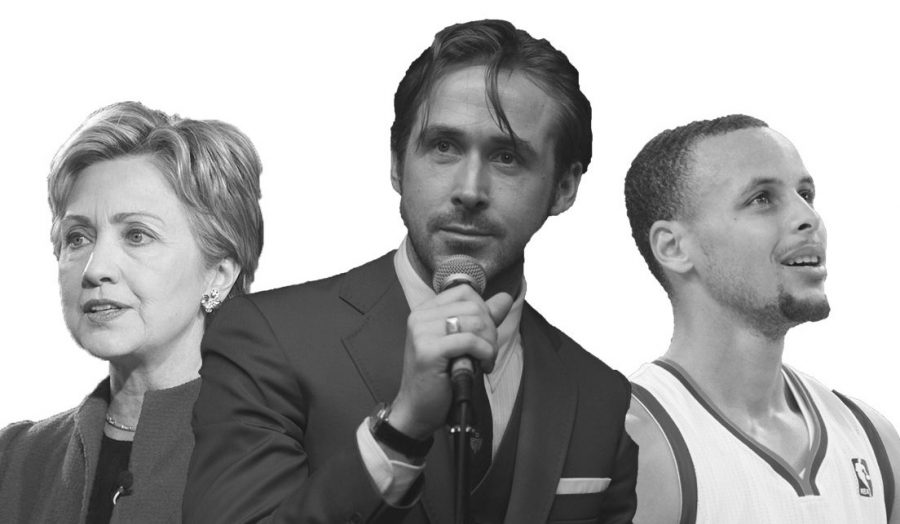 2016 was the year of the comeback. The Warriors blew a 3-1 lead in the Finals to LeBron James and the Cavs. Hillary Clinton somehow lost to Donald Trump (sorry for reminding you). The Falcons blew a 28-3 lead in the Super Bowl to Tom Brady. And finally, big Oscars-favorite La La Land lost the award for best picture… but only after mistakenly receiving the award due to an apparent envelope mix up. Whether it’s because we’re human and we like to create narratives or that the internet meme factory loves intertextuality, these events have somehow come to be related.

While it is easy to draw parallels between their similar David-and-Goliath-comeback natures, once you get into the social, cultural and political specifics of the events, things get a little murkier.

Let’s start with the easiest relationship first: the Hillary Clinton/Golden State Warriors parallel. The Warriors were up 3 games to 1 in a best of seven series. In case you’re not a basketball enthusiast, know that no team had ever gone on to lose such a lead in the NBA Finals. Likewise, Hillary Clinton seemed poised to win the Presidential Election last fall. She had experience and money. Sure some people didn’t like her, but that wouldn’t matter when she was going up against someone who was caught bragging about assaulting women. Both she and the Warriors had a 97% chance of winning, according to some. But we all know what happened next. The Golden State Warriors blew a 3-1 lead and Clinton lost the electoral vote. Both were not without controversy. Both sides excused their loss with accusations of interference from administration officials (James Comey and the “emails” and Draymond Green’s suspension).

Don’t let Hillary Clinton’s new haircut distract you from the fact that she blew a 3-1 lead #HillaryClinton pic.twitter.com/rPTFd01Aqk

The only question I have with this comparison is what constitutes a “lead” in the run up to election day? Even if one candidate is beating the other by 20 points in the polls, is that a lead in the same way as a 3-1 lead in the NBA Finals, or is it just an appearance of a lead? If there was no meaningful interference that swung the election, then Donald Trump would have always won, meaning that Hillary Clinton never really had a lead, only the appearance of one. So how can one blow a lead that one never had?

On to the Super Bowl. In the lead up to the game, the common feeling was that the New England Patriots represented Donald Trump and the alt-right. Why? Mostly because their quarterback, Tom Brady, was a public supporter of Trump, showcasing a “Make America Great Again” hat in his locker. The Patriots owner, Robert Kraft is also reportedly good friends with Trump. The Patriots also have a reputation for cheating, which one could tie to Donald Trump’s alleged relationship with Russia to help influence the election or how he cheated people out of their money through schemes like Trump University. Finally, the overwhelming whiteness of Trump’s supporters is reflected in the fact that the Patriots seem to employ more successful white wide receivers than the rest of the NFL combined.

On the other hand, there’s just as much evidence to support the opposite position, that the Atlanta Falcons were more representative of Donald Trump. Geographically, the Patriots represent an area that has voted Democrat in the Presidential election all but four times since 1928, while the home state of the Falcons have voted Republican in 8 of the last 10 Presidential elections. The Falcons/Donald Trump parallel is also supported by the two teams’ history. The Patriots were the “establishment” team. They’d been there before, many times. That regularity caused people to dislike them. “We don’t want a Patriots dynasty,” they said. Now does that sound more like Donald Trump or Hillary Clinton? On the other hand, the Atlanta Falcons were an outsider. The team had never won a Super Bowl and they hadn’t even made the playoffs the previous year. Like Donald Trump, they were the underdog.

The first three quarters of the game seemed to support this narrative. The Falcons jumped out to a big lead that shocked everyone. No one expected the score to be 28-3 with just a few minutes left in the 3rd quarter. At that point it seemed clear: contrary to popular opinion, it was the Atlanta Falcons, not the New England Patriots who were the symbolic team of Trump. But just as was the case with the NBA Finals and the election, we called the ending a little too hastily. The Patriots put together a miraculous comeback that included multiple 2-point conversions to send the game into overtime. At that point the momentum was completely on their side and their victory was inevitable. Just like that, the narrative shifted back. The New England Patriots were indeed the symbolic team of Donald Trump.

Finally, let’s talk about the Oscars. No movie nominated for Best Picture this year was particularly “Trumpish” in the same way that the New England Patriots could be seen as such. Hollywood doesn’t really make a whole lot of movies with a conservative political message. That doesn’t mean the nominations were apolitical, however. Prior to the awards ceremony, many on Twitter expressed a resistance to the idea of La La Land, the whimsical musical about struggling actors and musicians, sweeping the Oscars. The criticism was not that La La Land was necessarily a bad movie, but that were it to win everything, it would be yet another year of a “white-people movie” stealing the spotlight away from other movies telling the stories of more marginalized people. In the wake of Adele winning the Grammy for Album of the Year over Beyonce, a lot of people wanted to see something bold and different from an awards show. Between the recent history of #OscarsSoWhite and the Academy’s propensity to indulge themselves in voting for movies about their industry, most assumed that La La Land would win Best Picture.

It seemed to be going that way during the night. It won some technical awards such as set design and cinematography and swept the music categories of original score and song. It then won the Oscars for Directing and Actress in a Leading Role. It seemed like the only thing left was for it to win Best Picture. And then it did… but it didn’t. Due to a mix-up with the envelopes, La La Land was never supposed to win. The actual winner was Moonlight, a movie about the challenges of growing up in poverty as a gay black man. After a string of victories from the symbolic white conservative coalition (Trump, the Patriots, Adele) the multicultural liberal coalition finally got in the win column. People started to speculate that we had shifted into another dimension of reality.

Is this the turning point? IS THIS WHERE THE TIMELINE BEGINS TO CORRECT ITSELF? #oscars

At the same time though, people started drawing comparisons to the Election Day upset.

Are we to equate anything that achieves a surprising or dramatic victory with Donald Trump, no matter how antithetical that thing is to Donald Trump and what he represents? Has Donald Trump usurped Charlie Sheen as the celebrity synonymous with “winning?” As much as I want to say, “no,” the internet seems to be suggesting otherwise.

The most important takeaway from all of this though, is that I’m fairly certain we are in an alternate timeline or universe or some kind of Matrix-like simulation. As unlikely as all these events are, the fact that they all happened in one year defies all logic.

Hillary losing the election
28.6% (based on fivethirtyeight.com)

After doing the math, the odds of all these things happening in the same year are .00000007, or 1 out of 14,285,714 (this isn’t even including other big unlikely sports events like the World Series comeback or the recent comeback by Barcelona over Paris Saint-Germain in the Champions League). With those odds, you’d be more likely to flip a coin and get heads twenty times in a row. It’s illogical. It’s absurd. It’s impossible.

Could this succession of unlikely events be the equivalent of the top in Inception continuing to spin indefinitely — a sign that we’re not living in the “real world?” What world are we living in then?

It doesn’t seem to be a world with a particular ideological bias, since it favored both Donald Trump and Moonlight. Instead, it’s a world where the most unlikely thing can and will happen, for good or bad, and I’m not sure if that’s comforting or terrifying.