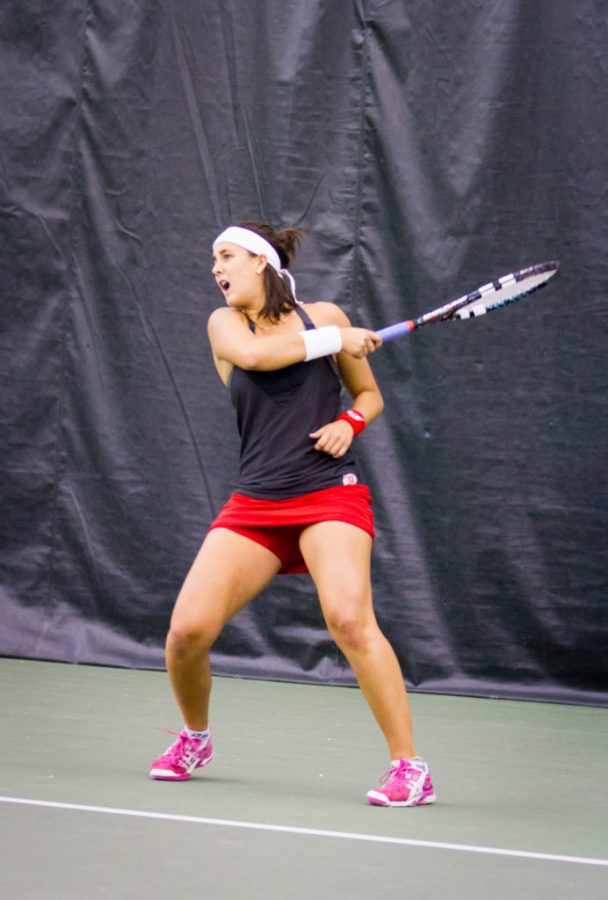 For Luisa Da Rosa tennis isn’t everything. The senior who graduates this spring has more than just tennis that she wants to do after graduation.

As a hyper kid, Da Rosa’s parents wanted her to be involved with as many sports as possible to help burn off the extra energy, and a tennis club just so happened to be the closest to her house. Her success in Brazil set her apart, and that brought her to Utah.

Da Rosa was ranked as one of the top 300 junior tennis players in the world, she played for Brazil’s first Junior Fed Cup, and she had rankings in the WTA singles and doubles. Even though it put her far away from family and friends, choosing Utah was an easy choice for Da Rosa.

“The three main reasons were the team was very strong, the academics were good, and it was a very different experience from Brazil,” Rosa said. “The nature was so beautiful, and I’m big into nature.”

When moving to Utah, Rosa didn’t know how strong the support of the Brazilian community would be or even how many Brazilians lived in Utah.

“I’ve met a lot of Brazilians, a lot more than I thought I would,” Rosa said. “It’s been really good throughout the years. There is a strong group of Brazilians, and we do stuff together and it makes being away from home easier.”

As far as finding a Brazilian restaurant in Salt Lake, her favorite place to eat is Rodizio Grill, and she loves Brazilian rice and beans. When she thinks of Brazil, the first thing she wishes people understood was the culture.

Although tennis has always been a major part of Da Rosa’s life, she hopes to pursue other opportunities once her time in Utah is up. One organization that has really interested Da Rose is Doctors Without Borders. Doctors Without Borders is a non-governmental organization that goes into war-torn places and countries that are affected by diseases, and it helps provide medical attention to those less fortunate.

Being able to make an impact is something that Da Rosa wants to make sure is in her future. After getting her degree at the University of Utah, she plans on furthering her education somewhere else as she hopes to get involved with social injustice or politics.

“If I see something that isn’t right, I’d like to think there is something I could do about it,” Da Rosa said.

As graduation gets closer for Da Rosa and she reflects on her time at the U she appreciates all that the university does for its student athletes, but it’ll be her team that she misses the most.

“[I’ll miss] the competition, of college tennis especially, [and] being out there with a team, and playing for your team,” Da Rosa said. “Before college, I just played for myself, so I’m going to miss that team competition.”