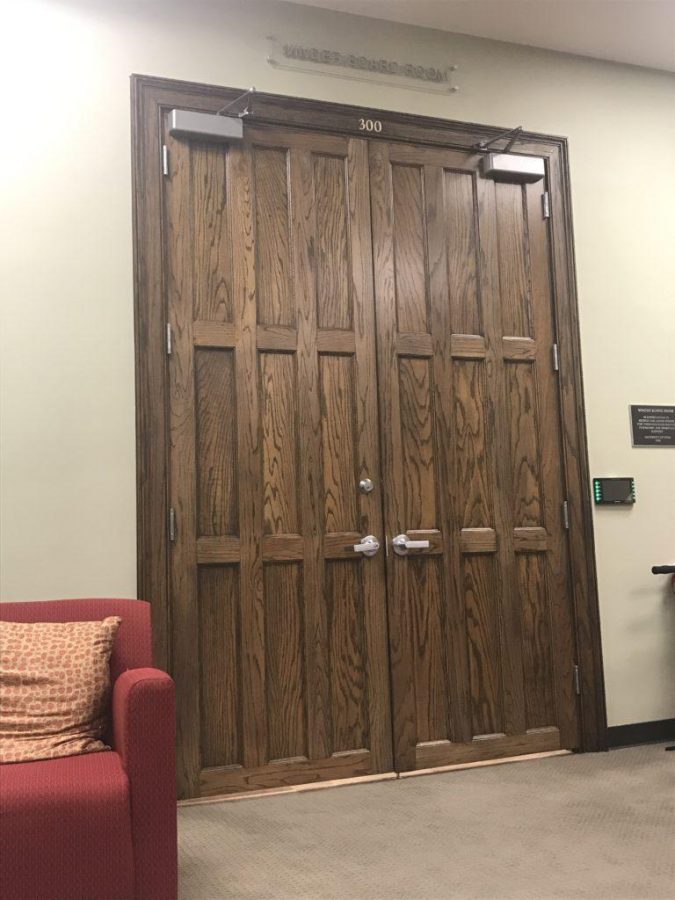 University of Utah Board of Trustees meet with Dr. Vivian Lee and President David Pershing about the reinstatement of Mary Beckerle as CEO of Huntsman Cancer Insitute. | Elise Vandersteen Bailey

Early Tuesday morning, members of the University of Utah’s Board of Trustees met with President David Pershing and Dr. Vivian Lee to discuss their decision to dismiss CEO and director of Huntsman Cancer Institute Mary Beckerle.

After about an hour and a half of deliberation, they exited the board room telling members of the media that Pershing would release a statement later in the afternoon “that I think you will like.” Board of Trustees Chair H. David Burton said the only resolution they reached was to support Pershing’s decision.

The meeting comes after a week of condemnation and protests over Beckerle’s dismissal from HCI employees, community members, and the Huntsman family — whose name the institute bears.

Huntsman called for the ousting of both Pershing and Lee, saying he planned to file lawsuits if Beckerle wassn’t reinstated and the institute’s semi-autonomous relationship with the U preserved. He also said he would condition a future donation of $250 million on her return.

All three administrators — Beckerle, Lee, and Pershing — have led their respective institutions to new heights.

Under Beckerle’s direction, the cancer institute achieved comprehensive cancer center status and received praise from the National Cancer Institute, run by the U.S. government’s National Institutes of Health. Since Beckerle was appointed to the position the institute has discovered more genetic links to cancer than any other organization in the world, despite having been in operation for less time.

Lee has led the U’s hospital system to a number one ranking in the nation for university medical centers in quality, safety and accountability. The system was also integrated into the US Olympic Committee’s National Medical Network and its healthcare providers ranked as some of the best in the nation as far as patient satisfaction.

Pershing led changes to the application process that have made the U’s student body both more diverse and more successful. He was instrumental in the building of Lassonde Studios, the U Asia campus in South Korea and the School of Dentistry.

In Pershing’s afternoon statement, he wrote, “This past week has been an extraordinary and challenging time for our University and community. Members of our campus community spoke out and made their perspectives known.”

“It is now time, I believe, to return to our mission of serving our students, caring for our patients and pursuing critical research,” Pershing continued. “In that spirit, I am pleased to confirm that Dr. Mary Beckerle will, effective immediately, resume her service as the CEO and Director of the Huntsman Cancer Institute (HCI) with authority over its cancer research, clinical care, and administrative functions.”

One HCI employee who agreed to speak anonymously before Pershing’s announcement said, “The mere fact that [Beckerle was dismissed], and the unprofessional, disrespectful way in which it was carried out, has eroded any trust and faith in Dr. Lee, among HCI staff and faculty investigators…I can’t see how Mary and Vivian can co-exist at this University. They certainly couldn’t have a boss-subordinate relationship.”

In his statement, Pershing announced that he has changed the administrative hierarchy of HCI, directing Beckerle to report directly to him rather than to Lee.

Pershing said, “The University of Utah is now working with the Huntsman family on a new Memorandum of Understanding, with the goal of reaffirming the Huntsman Cancer Institute’s role as an integrated and collaborative part of the University, while maintaining HCI’s strategic autonomy required for it to thrive as a highly ranked Comprehensive Cancer Center.”

Pershing said he regrets the disruption of Huntsman Cancer Institute’s work, which he called valuable to both Utah and the nation.

Regarding the feud with the Huntsman family, Pershing said, “We want to again thank the Huntsman family for their major financial commitments to the Huntsman Cancer Institute, and especially Jon Huntsman, Sr., for his vision, energy and passion for finding ways to cure this terrible disease.” Looking forward, he wrote in his statement, “We are excited about the June 21 opening of HCI’s newest facility, the Primary Children’s and Families’ Cancer Research Center, which will enable our faculty and staff to accelerate their groundbreaking research into cures for cancer.”