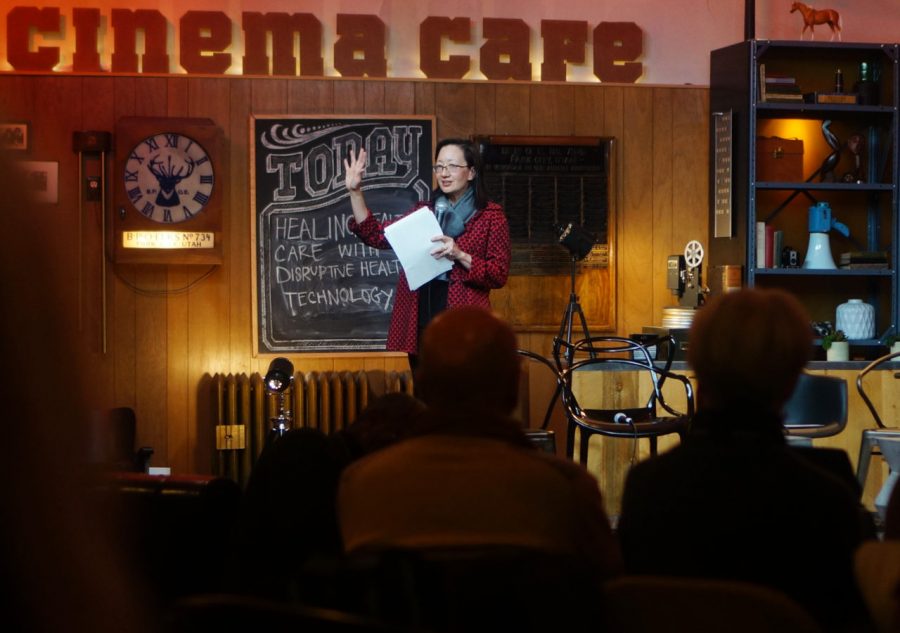 “On behalf of the entire leadership at the University of Utah, I want to express my gratitude for Dr. Lee’s extraordinary achievements and the courage and commitment she has shown over the past six years,” said U President David Pershing in a statement.

Pershing said that Lee will remain at the U as a tenured professor of radiology.

The decision comes after the U’s reinstatement of Mary Beckerle as CEO of Huntsman Cancer Institute. Lee was involved in the choice to dismiss Beckerle on April 17.

The U has yet to provide an answer as to why Beckerle was fired. Susan Sheehan, President and COO of Huntsman Cancer Foundation, told multiple media outlets she believes that an inaccurate written analysis of the institute’s ability to attract grants from the National Institutes of Health is one of the reasons.

In an email to University of Utah Health employees, Lee said, “Taking account of the events of the last two weeks, I believe the best interests of the University are now served by the decision I am taking today.”

On Tuesday, the chairs of all of the departments within the school of medicine published a letter in support of Lee. The letter emphasized Lee’s success in her position and expressed their opinion on accusations against Lee regarding Beckerle’s dismissal.

“This is a critical moment. It is bigger than any one of us and it will have implications for our university and health system for years—maybe decades—to come,” said the letter. “If we let the commentary and mis-characterizations of the past week go unchecked, our institution, reputation, and leadership will be damaged beyond repair.”

The letter was posted on change.org and had more than 900 signatures as of Friday evening.

Since Lee’s appointment in 2011, University of Utah Health has risen from a rank of 54 in the country in research to 40. In health care quality, it has risen from seven to one.

The U announced Saturday that A. Lorris Betz will serve as interim CEO of University of Utah Health and dean of the school of medicine. Betz held both of these positions previous to Lee and has twice acted as interim president of the U.