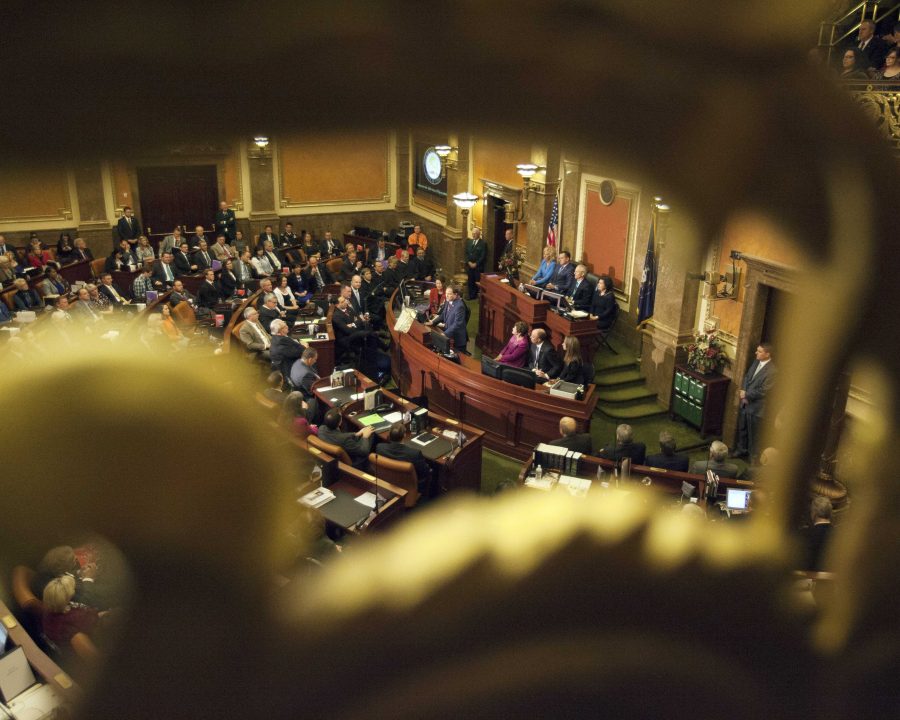 By Connor Richards and Broderick Sterrett

In September 2003, President George W. Bush signed into law the Prison Rape Elimination Act (PREA) to address and prevent sexual assault in state and federal correctional facilities. The bill received unanimous Congressional support, and it was widely applauded for its aim at providing the “analysis of the incidence and effects of prison rape.” PREA quickly became regarded as a landmark law protecting the basic human rights of incarcerated people.

Although it passed seamlessly into law, many states were slow to implement PREA. In 2014, a number of governors in “renegade states” refused to sign PREA into law, arguing that it was flawed and that it would be costly for the state. Most lawmakers gave in, and as of May 2017, all but two states, Utah and Arkansas, agreed to comply with federal prison rape guidelines. In a letter to the Department of Justice, Gov. Gary Herbert wrote in 2014 he objected to certain PREA requirements, such as prison guards of the opposite sex having to announce their arrival into a cell or room. Such a mandate, Herbert argued, would be counterproductive, and it would allow for sexual assault to be hidden.

“We would like to work with the federal government in every way to reduce prison rape,” Herbert wrote, “ but we will not sacrifice results to satisfy an arbitrary one-size-fits-all process.”

Utah has already lost out by not complying with the federal law. According to data from the Bureau of Justice Assistance, the DOJ withheld $146,132 in grant funds for Utah law enforcement and corrections programs in 2015. The state has had similar amounts withheld in previous years adding up to hundreds of thousands of dollars of what would have gone towards prison programs, including those specifically aimed at protecting women and juvenile offenders.

Prison rape has received considerable public concern for decades. In May 1996, 18-year-old Rodney Hulin Jr. hanged himself in his prison cell after being repeatedly raped and assaulted by fellow inmates at the Clemens Unit of the Texas Department of Criminal Justice. Hulin’s story opened the public’s eyes to the horrifying realities experienced by thousands of prisoners in the United States. Federal statistics from 2007 show that more than 70,000 inmates were raped in a single year.

These numbers are likely deflated since prisoners dubiously speak out against experienced abuse, often out of for fear of retaliation from inmates or officers. When Priscilla Elizabeth Chavez was 18 years old, she was brutally raped by a Utah State Prison corrections officer. In the following years, Chavez was allegedly subjected to constant abuse and harassment from other guards and officers. Examples of such abuse include officers spraying Chavez’s sheets with harmful chemicals or pouring bleach on the floor of her cell. Early one morning in 2012, Chavez was found dead while on suicide watch. “They killed her,” said Chavez’s sister, Francene Chavez. “I kept warning people they’re retaliating against her. They killed her.”

Stories like this are not unique. An inmate identified by the pseudonym “John” told The Atlantic he was continually raped as a teenager in a correctional facility in Michigan. When he was 17 years old, John was held down by his cellmate, and he was raped for several minutes. Over the following years, John was regularly raped, and he was assaulted by his cellmate in addition to other inmates who “bought” John. He said officers knew this was occurring, and they would even joke about it, calling him a “fag” and a “girl.” John is currently being represented by Deborah LaBelle, an attorney who specializes in defending prisoners who have been sexually assaulted. LaBelle believes prison rape can be prevented, in part, by doing away with laws that allow juveniles to be tried and convicted as adult offenders. Younger prisoners, she says, are more likely to be targeted for assault than older inmates, and therefore they should receive additional protections and accommodations.

It should go without saying that every person, regardless of the extent of their criminal history, deserves full and equal protection under the law. A prison system that allows for thousands of inmates to be raped without consequence is a system in need of massive, urgent systemic reform. A step towards this would be for Utah to follow other states in implementing federal PREA guidelines specifically aimed at protecting prisoners, one of any society’s most vulnerable and at-risk populations. Even though state lawmakers, like Herbert, take issue with specific parts of PREA, implementing it will help prevent unnecessary and unjust suffering felt by incarcerated Utahns, like Priscilla Chavez.

[email protected]
States Can Operate With Independence
by Brody Sterrett

Gov. Gary Herbert and the state of Utah have yet to adopt the Prison Rape Elimination Act (PREA), and some people find this abhorrent. I agree that sexual assault and rape are atrocious crimes, and inmates should not be victims of those acts regardless of their criminal histories. It follows for many then that PREA should be welcomed with open arms. Even while Utah and Arkansas may be the only two states opposing PREA, there are some reasonable objections to the act.

The first is federalism. Some objectors to states not complying with PREA often call on the Constitution, and they demand those states respect their participation. Fortunately, the Constitution does not compel states to be compliant to strong central government politics. Afforded by the Constitution, states do possess sovereignty over their governance — allowing states to operate with some independence. The Framers intended for state and federal governments to operate interdependently of each other. Now, there are limits to this, and political scientists aren’t completely sure where those limits apply in 21st century America. It still holds, though, that implementing or opposing PREA is not itself a constitutional crisis. Utah and Arkansas aren’t constitutionally required to participate in PREA.

There are more practical reasons for why some take issue with Herbert’s noncompliance with PREA. The most pertinent and overwhelming reason to support PREA is that it is the government’s duty to prevent sexual assault and rape incidences at all costs. I agree, and people put their trust in PREA to do this, but is it warranted? Herbert says otherwise. In his most recent address to the Department of Justice concerning PREA, Herbert insisted that Utah has already implemented many policies PREA mandates, but there are some requirements that are unacceptable, “because they are not sound policy and in some circumstances undermine our efforts to eliminate prison rape.”

For example, one of the guidelines requires officers of the opposite gender to announce their presence to the inmates. This guideline’s intent was to prevent officers from encountering opposite gender inmates dressing or using the toilet unexpectedly. Herbert, however, worries these announcements may benefit attackers in progress of sexual assault, and those attackers would have the notice to hide any evidence of an assault. Now, this is supposing that PREA is not an infallible system, and that sexual assault, to some degree, may still be present in prisons nationwide. For Herbert, then, it follows that these acts must be caught in time — and not carefully covered up — so that due justice and punishment may be enforced.

Another example is that PREA would require audits of the state prisons on a three-year basis. In a Republican state, fiscal responsibility and limited central government are cornerstone values. To disregard Herbert’s concerns about costly bureaucratic processes would be to disparage the values of Republicans, especially when he finds that the audits would be redundant surveys of policies Utah has mostly implemented already without PREA involvement.

Yet, PREA comes as a double-edged sword. Accept PREA into state law and cost the taxpayers of Utah thousands to millions of dollars renovating facilities and auditing prisons, or face a 5 percent penalty decrease of governmental funds towards prisons and correctional facilities. Either option will cost the state and taxpayers, but losing federal funding is an unacceptable option for PREA advocates. While losing funding of any amount is unfavorable, advocates of PREA find the prospect of losing some federal funding to be unthinkable, and still the governor refuses. Herbert knows federal money is not a panacea to all problems. We saw this in our education system in past administrations. The federal government attempted to streamline education and apply standards and evaluations ubiquitously with federal funds as incentives for state compliance. Unfortunately, money only helps when the plan it supports is truly effective. Nevada, for instance, dedicates more money per pupil, instructional staff and classroom teacher than Utah, but Utah outperforms Nevada by a wide margin. Money is not a quick solution to the sex crimes that occur in prisons, not if it is supporting unsound policies and circumstances that would undermine current “efforts to eliminate prison rape.”

Utah may one day implement PREA. Until then, we shall be a laboratory of democracy that will shed light onto alternative methods of eliminating prison rape. Utah has prospered with limited funding before, and it can do it with prison reform, too. Wherever you fall in this debate, contact your legislator and Herbert to voice your opinion. At the end of the day, it is the people of Utah who decide what path we take.