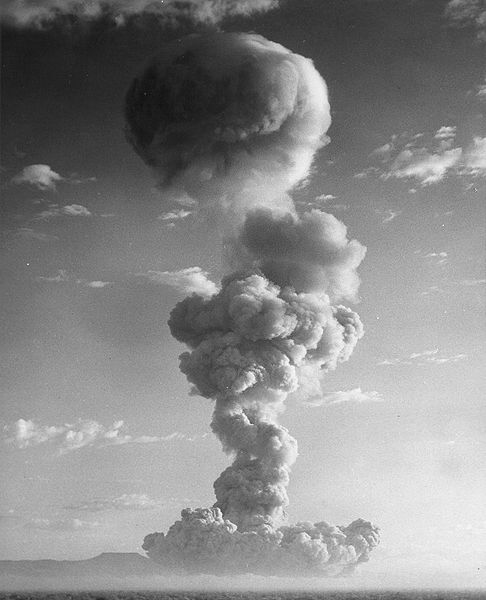 Since October 2016, the J. Willard Marriott Library’s Downwinders of Utah Archive has shed light on the stories of people affected by fallout from the nuclear tests performed in Nevada. From June 12 to 14, the library will send Justin Sorensen, a geospatial information systems specialist at the Marriott Library, and Tony Sams, a new media projects specialist, to southern Utah to collect oral histories from downwinders.

“All these people who were living downwind of the test sights with the fallout coming toward them — learning about how these tests actually impact them has just made this archive grow even more,” Sorensen said.

The project started out with Sorensen and his team wanting to see the different detonation locations at the Nevada test sights. Data from the National Cancer Institute showing different levels of fallout pushed the team further into their research.

“Seeing how it impacted different communities, we then began to uncover the stories of the downwinders which is a part of our history that’s not really well known,” Sorensen explained.

The team will hold recording sessions in libraries in St. George, Cedar City and Kanab, with both appointments and walk-ins welcome.

“We want to make sure that people have their opportunity to become part of this important archive and share their stories,” Sorensen said.

At the United States’ primary atomic testing location in Nevada, the iconic mushroom clouds from the explosions were used as a popular tourist attraction. For years, the city made a spectacle of the events by hosting Atomic Cocktails and Miss Atomic Bomb beauty pageants. The fallout from the nuclear blasts later proved to be toxic. Nevada held a total of 928 announced nuclear tests, 828 of which were underground, between 1951 and 1992.

Downwinders are faced with higher risks of over a dozen different kinds of cancer. Beginning in the ‘90s, the U.S. government apologized and compensated downwinders who met criteria set in the Radiation Exposure Compensation Act.

One of the main goals of the Downwinders of Utah Archive is to keep history from repeating itself and ensure the past is not forgotten.

“It’s just a topic that’s not really well known, especially among our newer generation,” Sorensen said. “In fact, it’s a topic that’s no longer taught in our student curriculum. Even today there are talks of resuming nuclear testing. It’s important that we preserve these stories and what happened to these individuals so that we don’t have the same mistakes occurring in the future.”

The Downwinders of Utah Archive hopes to not only help educate the public on the consequences of nuclear testing, but it hopes to go beyond that to make it part of Utah school curriculum.

“Once we’re able to collect oral histories, one of the areas that we’d like to pursue next is the K-12 initiative,” Sorensen said. “Actually creating educational material that can be dispersed throughout fourth and seventh grade where Utah history is taught.”