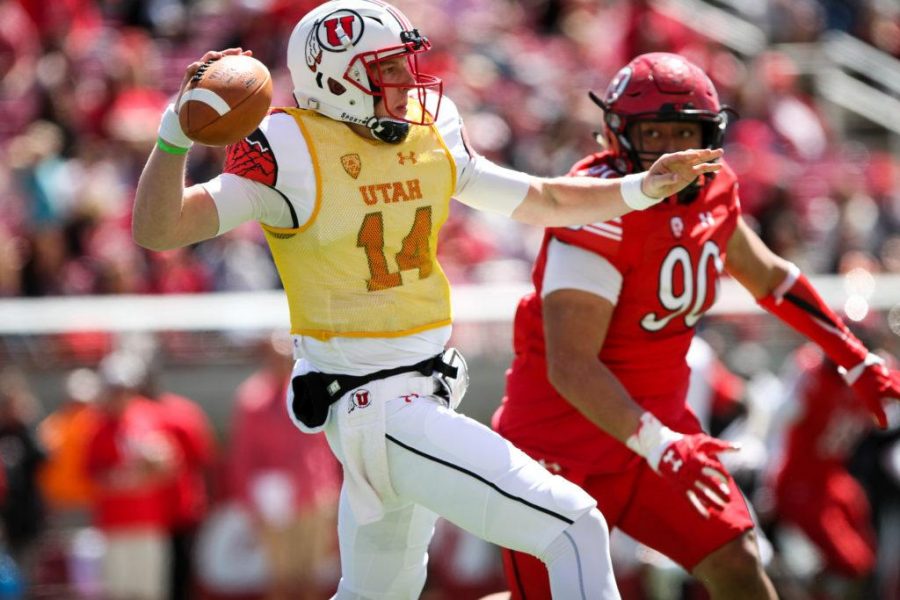 For quite some time, the University of Utah football team has relied heavily on its defense and run game to win games. It’s something that head coach Kyle Whittingham is known for — it has been the bread and butter of the program. This upcoming season though, with the hiring of offensive coordinator and quarterbacks coach, Troy Taylor, fans should expect a few things to change offensively.

Taylor, who comes from Eastern Washington University, will help revolutionize the passing game for Utah this upcoming season. In 2016, Taylor averaged an FCS-best 401 passing yards per game with the Eagles. An even more impressive stat is that Taylor lead his former team to a No. 2 nationally ranked finish with a total offense of 529.6 yards per game.

Utah fans won’t see the installment of the new offense in full effect until this fall, but if it’s anything like it was last year for Taylor, fans have something to look forward to. The Utes have been spoiled with running backs who can change a game quickly, players like Devontae Booker and Joe Williams. Soon enough, Utah could be both a running and passing type of team. Add that to a defense that continually finds itself at the top of the Pac-12, and the Utes could be a dangerous opponent.

The Utes have the capability to be a dominant force offensively, especially in the pass game with returning wide receivers Siaosi Wilson and Raelon Singleton and freshman wide receiver Samson Nacua. For these three, this upcoming season will be about establishing themselves and helping the team become an offensive threat.

This past season, Utah averaged 216.7 passing yards per game, and it only scored 15 touchdowns all season long, whereas opponents had 23 touchdowns in pass-play. Those numbers are something that must change for the Utes, and Taylor brings something that may influence his athletes’ performance — positivity.

He builds the players up, and he helps their confidence level grow. Yes, it’s college football, and these guys are expected to play like elite athletes, but at the end of the day, they still need that voice cheering them on.

In order for the Utes to win a South division title and play for the Pac-12 Championship, they need to be a threat and make noise in multiple areas this upcoming season. The Pac-12 is a conference where it’s anybody’s championship to win, and it’s crucial to step up and not back down. The Pac-12 continually produces talent, and it’s important for the Utes to continue building their resume with the talent they have in their pockets.

Adding Taylor this offseason is an improvement for the Utes. He has playing experience under his belt from competing in the conference when it was the Pac-10, so he knows what he needs to do to help develop players and an offense. There will be growing pains for the Utes, there is every season for a new team, and it might even take another year for this new offense to take its full effect and mesh together, but the Utes are up to something with the hire of Taylor. He will change the passing game, and he will help the Utes become a stronger contender for that Pac-12 Championship they have been chasing since joining the conference.