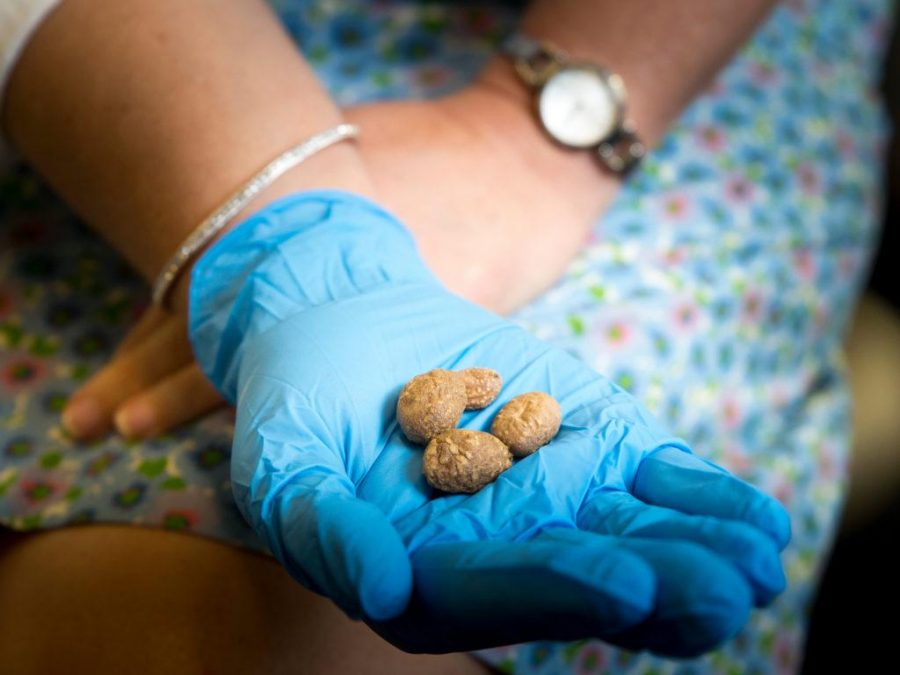 Image courtesy of the University of Utah

The two researchers  Lisbeth Louderback, assistant prof of anthropology and curator of archaeology at NHMU, and Bruce Pavlik, director of conservation at Red Butte Garden  have discovered something that has been overlooked in the archaeological studies of ancient North Americans. They want to encourage Utahns to plant and cultivate the wild potato.

Researchers from the Natural History Museum of Utah (NHMU) and Red Butte Gardens at the University of Utah discovered 10,900-year-old potato starch residue in Escalante, Utah.

The findings mark the earliest evidence of a wild potato used for food in North America. The discovery was made in North Creek Shelter near south-central Utah, where previous excavations had found stones that had been used to grind and prepare food. While examining these stones, Lisbeth Louderback, curator of archaeology at NHMU and assistant professor for the U’s Department of Anthropology, noticed the potato residue. This breakthrough led her team to botanize the area where they eventually found a potato plant, Solanum jamesii or the “Four Corners Potato,” just 150 meters from the archaeological site.

The small town of Escalante had been known as “Potato Valley” to ancient settlers. Now, however, there are few populations of S. jamesii in the region.

“If we went to Escalante right now, there are about six little pockets where the potatoes grow,” said Bruce Pavlik, director of conservation at Red Butte Gardens. “We wanted to know how that could happen if the area was once noted as ‘Potato Valley.’”

Researchers have a few ideas as to why this species of potato is so rare, including livestock denuding the fields and weeds and other detriments that come with habitat modification. However, after partnering with the United States Potato Genebank to research the genetics of the newly discovered tubers, they conjectured another hypothesis.

“Perhaps the potatoes were transported by humans,” Louderback said. “We want to find out if the people in prehistoric times domesticated or cultivated this plant.”

The main goal now is to conserve the potato, specifically in Escalante.

“Taking the plant out of the wild, we want to understand how to propagate it and ensure that it doesn’t become any more rare than it already is in Utah,” Pavlik said.

Originally used by the natives of the four corners region, the potato was later eaten by pioneers who settled in Utah, then by Escalante locals during the Great Depression. There is nowhere else in North America this plant has been so well established and used.

The team’s second goal is to make the species so abundant that it could officially be restored as a food source. This effort is currently underway, but will take time. The first concern was the potato’s possible toxicity from glycoalkaloid, a naturally occurring poison found in potatoes. The most difficult challenge, though, is tuber production.

“Our tubers produce about 200 more tubers in eight months. Still, for the potato to be marketable, we need to be in the thousands. We think that we can do that in two or three years,” Louderback said.

The researchers are currently applying for grants with the National Science Foundation, and they are working to partner with the USDA to continue to restore the potato plant and, in return, preserve its rich history.