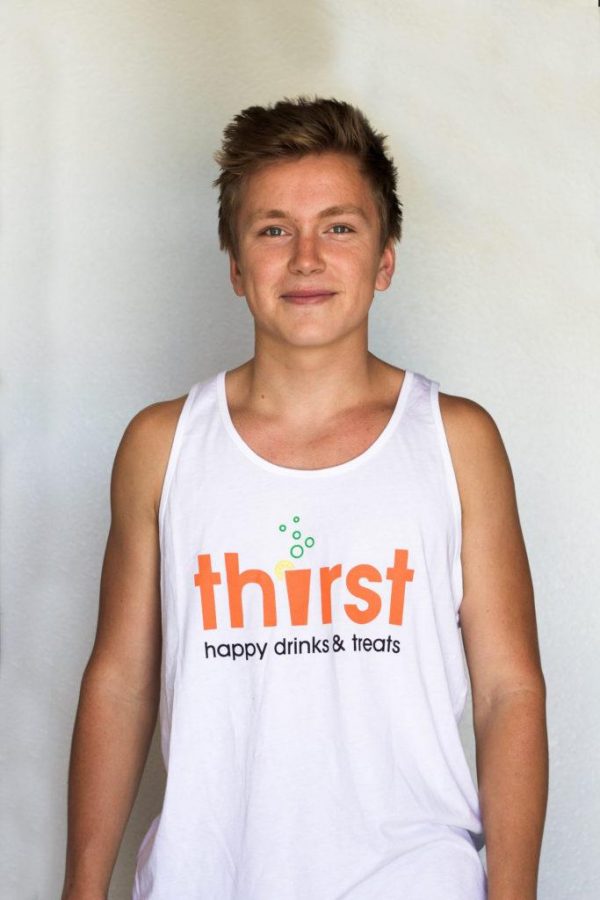 "Drinks and sweets are our commodity," says Ethan Cisneros, Thirst owner and founder, "but what we're really selling is customer experience."

Throughout Utah, mixology soda shops have been popping up, making family-friendly drinks with shots of berry and vanilla. Mixology soda shops are a part of a new wave of “fast-drink” establishments popping up across the country. At these locations, a customer can order a pre-created drink (Dr. Pepper with raspberry puree, for example) or design their own, as well as order a tasty cookie or treat. Salt Lake City, however, was left out of the mix until University of Utah student Ethan Cisneros decided he would take advantage of the void.

When Cisneros opened Thirst, his family and friends weren’t surprised by his entrepreneurship. A businessman from the start, Cisneros started a lawn mowing business in grade school, which he subsequently sold to open Olympus Ice — the go-to spot for shaved ice near his high school.

“I think people kind of just expected it based on my trends,” Cisneros said.

After coming to the U, Cisneros wanted to go bigger than he had with past ventures. Seeing the “dirty” soda craze in Utah (an emergent trend of putting cocunut in Dr. Pepper), Cisneros began researching mixed drinks and got to work. Most of the drinks you’ll find at Thirst are original concoctions, but the store is always willing to listen to customers and adjust the menu.

“What people want is what we want — to serve them,” Cisneros said.

The real goal behind Thirst is not to sell the drinks, cookies, peanut butter rice crispy treats topped with fudge (called Scotcharoos) or to draw in customers with free popcorn. The goal is to make people happy.

With bright orange paint comprising its logo, Thirst is hard to miss. The shop features a drive-through for customers on the go, but for those who have time to stop inside, there is a friendly staff, a foosball table and a TV.

Cisneros is currently a junior at the U, and he just finished his entrepreneur’s certificate. He’s optimistic about the future, because he has a high level of support in his pursuits.

“I have a lot of resources,” Cisneros said. “I have school. I have a lot of networking I’ve done from school and my fraternity [Sigma Chi], and even my parents. My dad is in finance, so he helps me a lot. I’ve got help everywhere.”

Cisneros said another big help on his path to success was the U’s Lassonde Entrepreneur Institute. The institute helps students hit the ground running with new ideas.

The institute’s programs guided Cisneros in establishing and growing his business.

“Lassonde is super supportive,” Cisneros stated. “What I’ve seen first and foremost is just undivided support that they are willing to give to student startups. They’re willing to meet with you, network with you, put you in touch with the right people, even financially benefit you.”

The challenge for Cisneros is not customer satisfaction, but getting the word out.

“Drinks and sweets are our commodity,” Cisneros explained, “but what we’re really selling is customer experience.”