Greek Life, Don’t Knock it ‘Til You Try It 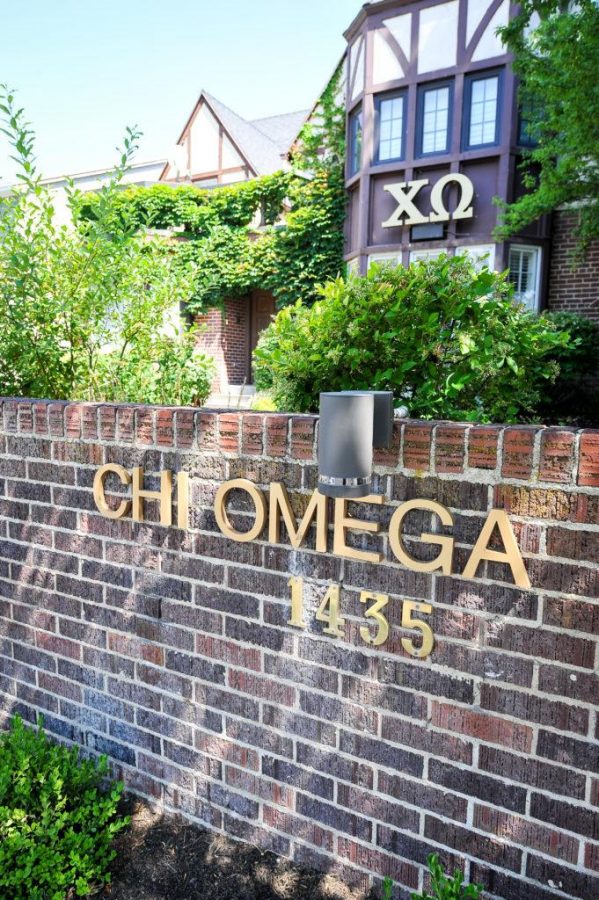 A huge part of college, at least in the movies, is Greek life. Every year fraternities and sororities on campus hold recruitment. The fraternities do things differently, but for the girls it means three days of dressing up, doing rounds of interviews at different houses and asking questions to decide if the Greek community is right for you and where you would fit in.

Unfortunately, the reputation of the Greek community is not as pristine as it otherwise might be. While the University of Utah campus hasn’t had any recent scandals, words like hazing always seem to be floating around, but let’s just settle that one right now — the U Greeks do not haze. As a member of a house, there are mandatory meetings and events, and they will make you sing, a lot.

This is not where the stereotypes end. The Utah Chronicle conducted a poll of students from a variety of different majors, both Greek and non-Greek, to compare how people see the Greek community vs. how they experience it.

Most people who are not in Greek life note it is “overpriced” and mention things like “all they do is party” according to Aaron, a junior mathematics major. Renee, a public health master’s candidate and a member of the Greek community says she joined “for the sense of community and family.” She even goes on to say that “meeting new people outside of class tends to be difficult.” Chris, a sophomore in English and sociology said it “makes college about more than just class and finals.”

Are Greeks all basic?

Movie stereotypes paint Greeks as unfocused airheads who do nothing but party, and to some people this might be attractive. Funnily enough, whether they are a part of the Greek community or not, almost everyone’s perception changes upon meeting a member of the Greek community.  Chris “immediately see[s] a freind [with] common connections.” Renee, despite being a Greek alumna, often finds herself doubting their “maturity” and how “hardworking they are.” For Nathan, a junior in medical laboratory science, membership makes no difference. For Aaron, it makes a difference only if the say it with an “air of exclusivity or insecurity.”

Does Greek Life have a place on campus?

The Greek community seems to get more bad press than good. While it is still going strong in the south, there have been calls for its elimination in the west. Cara Szeles, a sophomore in musical theater, said the community “exists because people want it to exist,” alluding to the number of people who apply each year. Chris compares the Greek community to the football team saying, “The support and experience isn’t something you can find in a lot of places and it’s crucial to some people.” Renee worries that while Greek life is still alive and well on campus, that could come to an end, and she calls for Greeks to “do more to fight the stigma.”

How important is philanthropy?

Every house has its individual philanthropic activities where it donates to and raises money for causes every year. The houses do this through events, planned workshops and community service hours. However, most people don’t realize that philanthropy is a large part of the Greek community, and almost no non-Greeks associate Greek life with charity. Chris said, “Philanthropy directly impacted [them] and helped [them] decide what field to go into.” Renee “joined [her] sorority because of the philanthropy.” Szeles said that “every house talked extensively about their philanthropy.”

In the end, Szeles puts it best that “everyone deserves to find a place where they belong” whether that is in or out of the Greek community. The stigmas are not all accurate, and for some, going Greek is the right way to do college. Either way, it’s an experience to go through recruitment and a fun way to meet some new people.