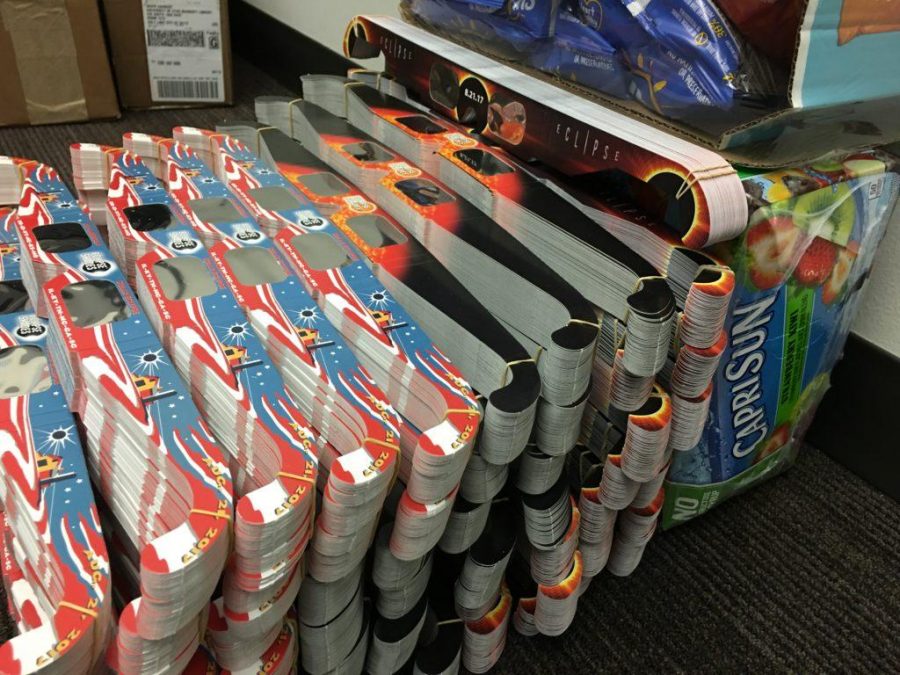 The John A. Moran Eye Center at the University of Utah distributed protective glasses in preparation for the solar eclipse on Monday.

EDIT: According to Elizabeth Neff, Associate PR director for the Moran Eye Center, 1,600 of the glasses ordered were caught up in the Amazon recall. The remaining 2,600 pairs of glasses were claimed remarkably quickly.

Walking along the streets of Rostov-on-Don in Russia, a stranger ran up to Winters with a piece of tinted glass. Winters was assured that she could safely use the glass to view the eclipse that was taking place. Trusting the stranger, Winters looked into the sun.

“So I looked at the sun and [it] felt like a bee sting in my eye,” said Waters, a patient of the Moran Eye Center.

Waters says she will never look at an eclipse, even with proper protection out of fear that she will lose her other healthy eye.

Winters suffers solar retinopathy in her left eye, a blurred spot in the center of her vision. After undergoing surgery decades after the eclipse that damaged her eyes, Winters still faces repercussions for looking into the sun that day. Sharing her story and eye safety tips Winters teamed up with the Moran Eye Center to spread awareness before the coming Great American Eclipse.

“It was like a blurry spot in the middle of my eye,” said Waters, “after surgery, it’s smaller but I still have it.”

The Moran Eye Center gave away 1,000 pairs of certified eclipse glasses dispersed throughout their nine locations, with a limit of two pairs per family. Before running down to the eye center, eager families can check glasses supplies on the Center’s Facebook page. Following the 1,000, Moran will have glasses for sale for $1.50 per pair.

Looking directly into the sun at any time, even during an eclipse, can cause long-term or even permanent damage. But there is a way to view this natural phenomenon safely, with International Organization for Standardization (ISO) approved eclipse glasses or with number 14 welder’s glasses.

These glasses block out all but one one millionth of the sun’s rays, according to Jeff Pettey, an ophthalmologist and associate professor of ophthalmology at the Moran Eye Center at the University of Utah.

The Marriott Library is celebrating this celestial event and kicking off the new semester with an Eclipse party, from 10 a.m. until 12 p.m. in the Library Plaza. After teaming up with the University’s Physics and Astronomy departments the library has a total of 3,000 glasses to give away on Aug. 21. Featuring Sun chips, Capri Suns, and various prizes, the library hopes to let the students see that it is more than a place of learning.

“We want to be a place where people can come study, and come learn, and use our resources,” said Jordan Hanzon, Marketing and PR Assistant at the J. Willard Marriot Library at the University of Utah. “But we also want them to know that we’re open, we’re engaging. We’re just normal people. We’re ready to talk with people and help them individually.”