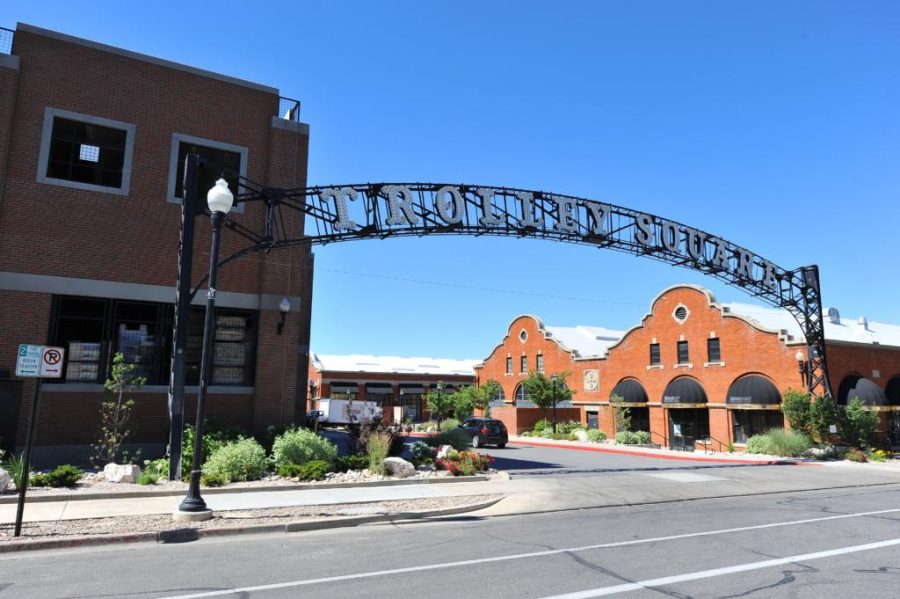 It was just another day on the job for Maggie Glasheen, an employee at IconoCLAD, until she looked out the window and saw a man with a gun.

IconoCLAD is a consignment clothing store located at 414 East and 300 South, one of many businesses in the vicinity of Trolley Square.

“All of a sudden I see a dude run through our parking lot, which really is never a good sign,” said Glasheen. “I was sitting right next to a plain glass window and he runs by, turns around, and pulls out a huge gun, and is just kind of waving it around and just started walking down and I saw the cops following him.”

When IconoCLAD employees noticed the gun in the man’s hand, their immediate reaction was to lock the doors.

“My first thought was, I really don’t want that guy getting in here,” shared Glasheen.

Employees at a neighboring Greek restaurant that shares a parking lot with IconoCLAD, Greek Souvlaki, had similar thoughts.

“My manager just started yelling for everyone to lock the doors,” said a Greek Souvlaki employee who asked that their name not be published. “We were afraid he would try to come in here to get away from the police.”

The armed man did not attempt to enter either of the establishments. Employees of IconoCLAD allege that he was wandering around holding the gun to his head.

As police pursued the man, nearby facilities were evacuated or locked down.

This section of the city was blocked off by police tape while officers standing guard at the edges of the area diverted traffic to the surrounding open roads.

Around 3 p.m., after hours of negotiating, the man dropped his gun and surrendered peacefully to the police near 500 East and 500 South.

Leading up to his surrender, a small crowd of media and onlookers gathered in the southwest corner of a nearby Smith’s Marketplace parking lot.

The crowd dispersed as police tape came down. No gunshots were heard.

Salt Lake City Mayor Jackie Biskupski took to Twitter to praise the police force for their work in resolving the situation.

“After hours of [SLCPD] negotiation & acting to protect community and the man. [I applaud the police department] for demonstrating your true values today!”