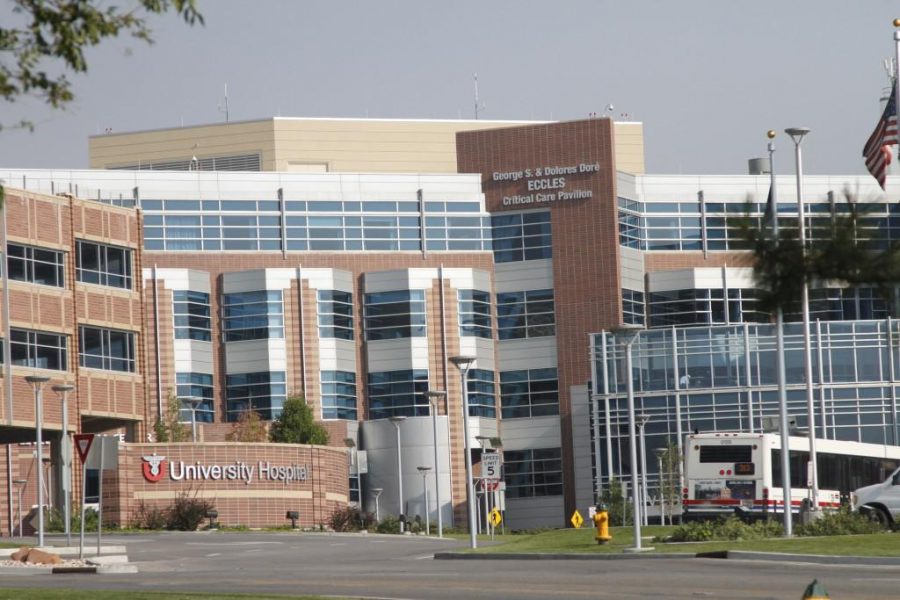 City and state officials have been quick to condemn Salt Lake police for the arrest of nurse Wubbels. But their support for Operation Rio Grande leaves room for questions.

It’s a video that has been viewed more than two million times on Facebook alone. It has been shared by media titans like CNN, The Washington Post, The New York Times and The Guardian. Social critics Joe Rogan and Shaun King tweeted about it personally, as did news anchor Jake Tapper.

The video shows Alex Wubbels, a University of Utah Hospital nurse, holding a printed piece of paper in her hands. It is a copy of the Hospital’s patient protection policy. Wubbels is explaining to Salt Lake City police officer Jeff L. Payne that it is illegal and unconstitutional to draw blood from a patient without consent unless a warrant or arrest order is provided.

None of these conditions were met for the patient in question, and Wubbels quietly explained this to the police. But they were uninterested and proceeded to aggressively handcuff and arrest the terrified hospital employee.

The video is disturbing and shocking to watch. It is deeply unsettling to see a public officer of the law, unprompted by any dangerous setting or situation, so readily misuse and overstep their power. As a number of law professors have noted, Ms. Wubbels not only did nothing wrong but was actively in the right. By valuing the confidentiality of her patients above her own personal well-being, the university nurse demonstrated a robust ethic that has rightfully made her a martyr of the people.

An emergency rally was held for nurse Wubbels at the Public Safety Building, where groups like Utah Against Police Brutality scolded law enforcement and praised Wubbels for her courage. The editorial board of The Salt Lake Tribune described Wubbels as an angel and called for Payne to be fired. The incident is being independently reviewed by the Salt Lake City Civilian Review Board, as well as District Attorney Sim Gill. As of Sunday, Payne and another officer have been placed on administrative leave.

Criticism came from a number of other public officials, including two Salt Lake City Councilmembers and state Sen. Todd Weiler. If there were ever a nonpartisan issue that was safe to get behind in the today’s polarized political climate, it would be this one.

Utah’s elected officials are right to rally for nurse Wubbels, an innocent public employee who found herself victim to police aggression and excessive use of force. Wubbels is only one of many Utahns who has been detrimentally affected by the actions of the Salt Lake City police.

In February 2016, an SLCPD officer repeatedly shot 17-year-old Abdi Mohamed, placing him in a two-week coma. On August 13, 2017, 50-year-old Patrick Harmon, an African American man, was shot and killed by a Salt Lake City officer. A public records request for the incident from The Daily Utah Chronicle was denied by SLCPD, who said the investigation was active and ongoing.

Most troubling, and what has received the least critical attention, is the criminalization of homelessness which has taken over Salt Lake City. In less than a month since its launch, Operation Rio Grande has led to the arrest of over 600 homeless individuals. The police say they are targeting drug dealers and those who prey on the homeless community, but the arrest numbers poke holes in this narrative.

Astonishingly, it is the same public officials who so caustically chastised officer Payne for arresting nurse Wubbels who are responsible for Operation Rio Grande. And the same Tribune editorial board that called for Payne’s firing described the “clean up” of the Rio Grande area as “something to be proud of.”

Public officials are good at condemning isolated incidents with seemingly no greater social implications or ramifications. Pointing out institutional and systemic problems, however, is something they are less good at.

University of Utah student Maria Christine Hiatt pointed this out on Facebook. “Angry about SLCPD violating the constitution and arresting that nurse?” she wrote in a post. “Now you understand why to never trust them when they claim to only want to help homeless people with treatment.”

All of us ought to share Maria’s healthy skepticism. If the Salt Lake police want the community’s trust, they are going to have to earn it.