Awareness for Hyperthymesia Through Art 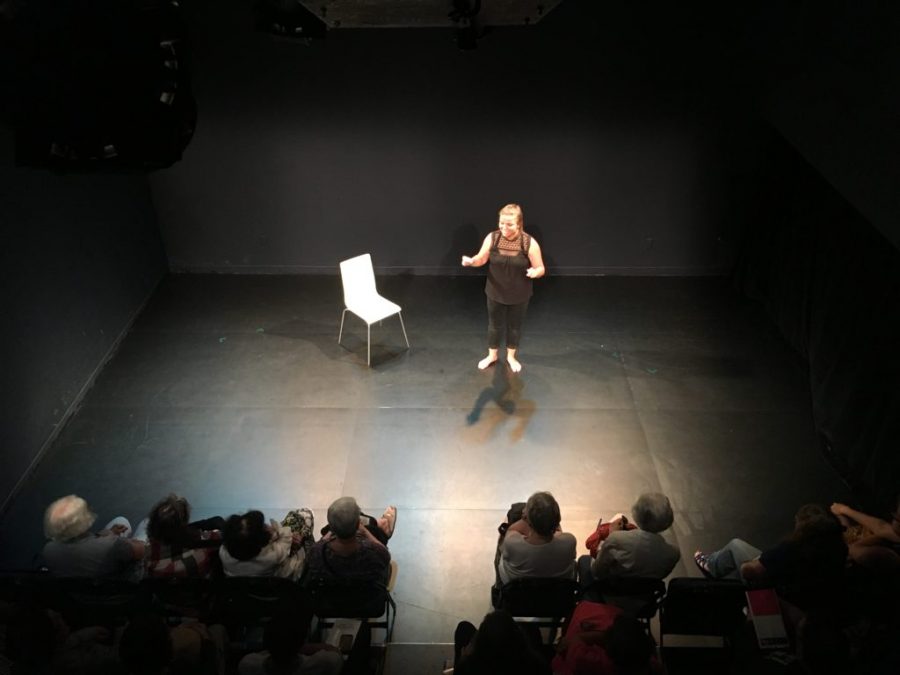 Cece Otto started her performance career by dancing at the age of 3 and she started focusing on theatrical performance in the sixth grade. Otto is now a senior in the Actor Training Program at the University of Utah and she is the current Student Advisory Committee (SAC) President for the Department of Theatre at the U. After obtaining two semesters of funding from UROP, Otto worked with professor Robert Scott Smith to develop a one-woman show, called “Hyperthymesia” (HSAM). For those unacquainted with the developmental aspect of the show, hyperthymesia is a neurological phenomenon where certain people are able to remember every aspect of their lives, and it was brought to Otto’s attention by her previous voice and speech professor, Sandra Shotwell. Otto was able to find others’ personal stories regarding hyperthymesia and fit them into her own life. With mentorship from Smith, Otto was able to add music and movement to the three sections of her work: “What is it?” “Why does it happen?” and “Memories.”

Her work on “Hyperthymesia” has taken her to New York City, where she performed the show at 59E59 Theatres and garnered the attention of Marti Davidson Sichel, an award-winning entertainment journalist. Otto then set her sights on performing at the Edinburgh Fringe Festival in Edinburgh, Scotland.

In an interview, Otto credited her time in Edinburgh as one of the most amazing experiences in her life. Otto commented that she felt “blessed for the opportunity to perform,” and she expressed amazement at the quantity of talented artists from around the world who traveled to Edinburgh for the Fringe Festival. According to Otto, the city of Edinburgh transforms and the population of the town almost doubles during the festival. In her free time, Otto enjoyed experiencing life in the city, remarking, “I love walking down the Royal Mile and hearing the music, laughter, cheers, etc. of the giant crowds and meeting as many new people as possible. It gives me a strong sense of community.”

Aside from being a part of the glowing city, Otto had the opportunity to attend a variety of performances and was appreciative of the competition. Attending the festival allowed Otto to further mold her idea of the type of artist she wants to be.

“I want to be attentive, charismatic, enthusiastic, compassionate,” Otto said. “Edinburgh has given me numerous wonderful examples of these characteristics and an opportunity to implement them into my own work.”

Looking to the future, Otto is planning to audition for multiple performance internships across the United States over the next several months. The year following her graduation, Otto is hoping to become involved with an internship before she moves to New York City in pursuit of an acting career. She conveyed a passion for traveling, and she is hoping that her journey through acting will take her across the U.S. and even the world. In approximately 5 years, Otto desires to attend graduate school in acting and would love to return to Edinburgh to perform at the festival.

Otto is a talented artist whose drive and passion for theatrical performance will carry her to great heights.