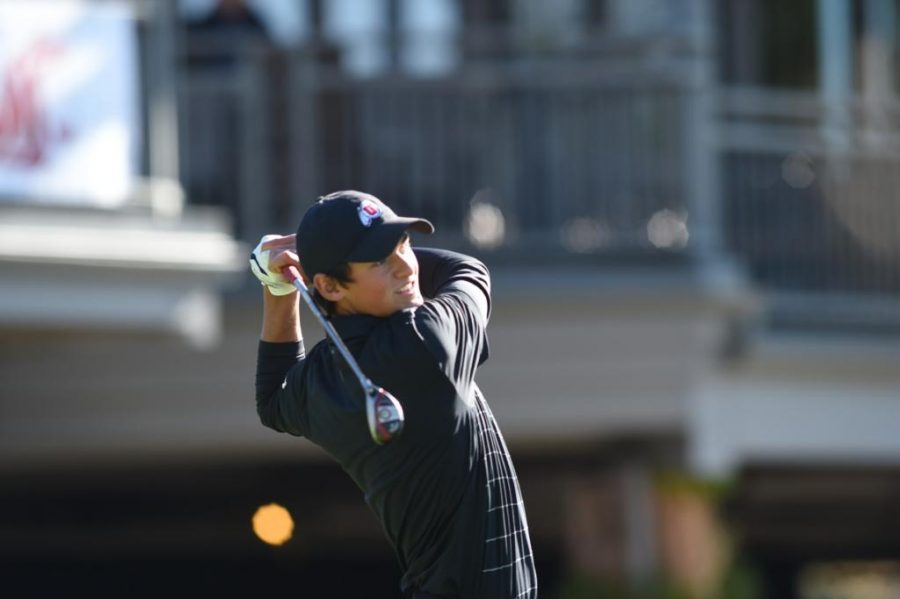 It might be considered small because of its 10-man roster, but the University of Utah men’s golf team has a strong bond that belies its numbers. The bond shared between each golfer on the team has set them up to accomplish individual and team goals, thanks to the motivation and strength of one another.

The roster is comprised of four freshmen, four sophomores and two juniors. Sophomore Jordan Costello looks forward to gaining more experiences as a Division I athlete with the Utes again this year.

“I am very excited for the season,” Costello said. “We have a very young team. … We’ll just have a lot of young guys getting experience and creating a good future for the next few years.”

The teammates must compete to earn the limited spots for each tournament the Utes enter. Costello says that despite the competition, they all “get along really well.”

Forming a brotherhood does not happen overnight. For some teams, it takes years of competing, working out and getting to know one another. In order to build that type of brotherhood relationship, head coach Garrett Clegg said the team has a preseason team retreat, which consists of hiking in the mountains, fishing and playing games, but no golf. This gives each player a chance to get to know their teammates while focusing their mind on something other than their sport.

“For the golf program we are a small team, and I like to create an atmosphere where the guys are super close,” Clegg said. “It doesn’t always work out that way. All personalities are different, you know, some people hanging out with different people, which is just great, but we like to try and be close.”

In comparison to last year, Costello feels that the team is not as separated between the older and younger athletes.

“This year everybody is really close. Everybody hangs out,” Costello said. “Probably three nights a week, everyone will come over to our house. Everybody will just eat and play games, so we’re really close I’d say.”

Having a close team unit allows Costello and his teammates to stay relaxed and focused out on the course. Rather than finding ways to get pumped up before a tournament, he said they “keep it light” in order to maintain a calm mentality.

Costello said that being a vocal leader is not his claim to fame, but he tries to be a leader by his example through his hard efforts and supportive attitude.

As a freshman, Costello competed in all 13 events, including the Pac-12 Championships. He also earned his first hole-in-one at the Hawkeye Invitational, and he had two top-10 individual performances. Costello’s first-year results are results of his hard work and humble spirit.

“As a freshman, I think I did okay,” Costello said. “I think I could have done better, but mostly just the experience and playing at every tournament is so important in golf. This year, I’ll be more prepared, more confident and just kind of relax and go play.”

While Costello wants to help the team mesh as one, he will also be looked upon as a key contributor to the program this season, according to Clegg, who expects him to be a main player throughout the year.

“He really enjoys the team aspect,” Clegg said. “I think that’s great to have in a program. I think he thrives knowing and wanting to perform for others.”

The Utes open their season on Friday, Sept. 8 at the Gene Miranda Falcon Invitational.
[email protected]