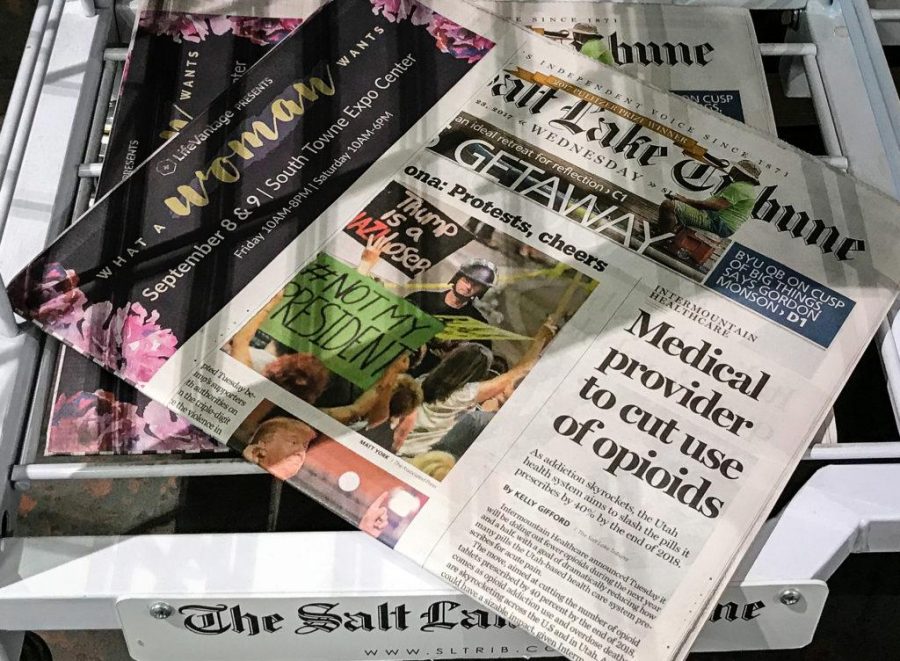 When The Salt Lake Tribune came under new ownership and Jennifer Napier-Pearce was named editor-in-chief in 2016, a new polling partnership was also formed between the University of Utah’s Hinckley Institute of Politics and The Tribune.

Dan Harrie, The Tribune’s government and politics editor, said partnerships between newspapers and other organizations — like non-profits — are important.

In the years following the Great Recession, many news organizations saw profits fall in the form of advertising revenue losses and had to deal with depleted budgets and workforces. According to the Pew Research Center, this led news media bodies to collaborate with outside organizations. Despite being necessitated by economics, the center said these partnerships can result in “broader and deeper news coverage [which is] more easily accessed or discovered” for the public.

Harrie said the reason this partnership and others like it exist is because it allows for cost sharing. The U’s Hinckley Institute of Politics and The Salt Lake Tribune are both organizations that have run polls in the past, but well-run surveying and data analysis are cost-prohibitive. Both organizations have a say in the questions included, and both organizations pay the bill.

The Hinckley-Tribune polls, produced by the local Dan Jones & Associates, are granular. Harrie said they can separate out results from subgroups of Utah citizens, like less active LDS women, for instance. That level of detail helps highlight results that might not otherwise be noticed. For subjects that might be particularly divisive, Harrie said the break-down analysis can help show divides in opinion on lines like age, gender, race, political party or religious activity. Such intricate analysis is time consuming and expensive.

Polls have covered topics that include both local and national politics, workplace behavior and presidential approval. One survey on Sen. Orrin Hatch’s political career found that most Utahns, even Republican voters who approve of his work, want him to retire. Harrie said that was one of the results that surprised him most so far.

Another poll found that most active voters in the state want medical marijuana legalized. One showed Utahns deeply split over the future of Bears Ears National Monument. Some explored the national election and some the special local election to replace Rep. Jason Chaffetz and the use of town halls by politicians. Some have looked at opinions on Utah liquor laws, like the so-called “Zion Curtain” and the 0.05 DUI law. Another analyzed Utahns’ thoughts on homelessness.

One poll that shocked some readers showed that, despite Utah’s gun-happy image, less than half of registered voters own a gun.

The latest asked Utahns about workplace etiquette between members of opposite sexes. It found that Utahns were more likely than the national average to think that one-on-one meetings involving drinks or dinner between male and female coworkers were inappropriate.

As polls like this continue to give more insight into public opinion, the Pew Research Center also believes that “this new era of collaborative content will only grow.”