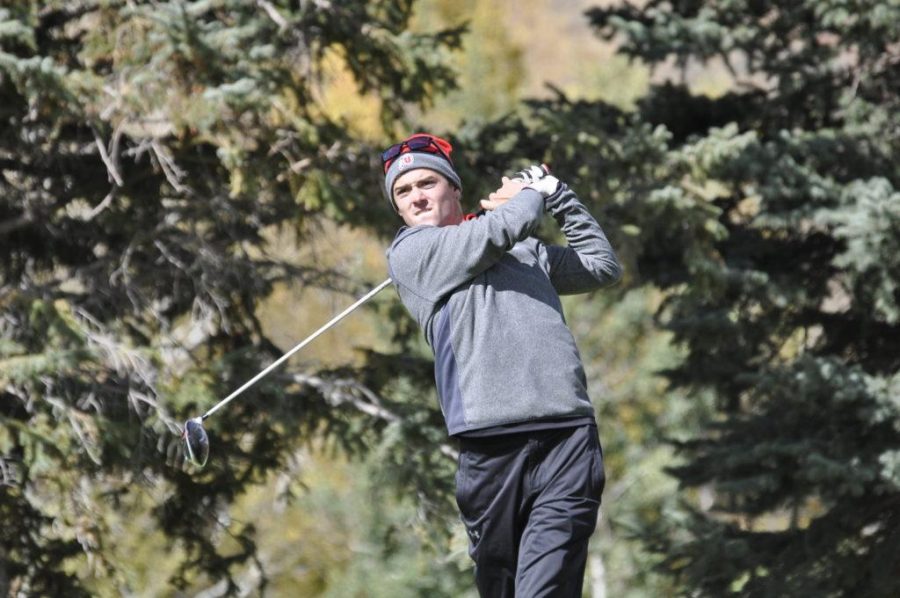 Over the course of three days, the University of Utah golf team will participate in the Gene Miranda Falcon Invitational hosted by the United States Air Force Academy. The Utes will open their season on the 54-hole course on Friday, Sept. 8 at the Eisenhower Golf Club in Colorado Springs, Colorado. According to PGA.com, the 7,461 yard, par 72 course is currently ranked as the third best military course in the nation, and it’s the 25th best college course in the country, per Golf Week.

Utah golf head coach Garrett Clegg is looking forward to beginning the 2017-18 season. He has high expectations for his team and getting off on the right foot in Colorado is where it all starts.

“I expect us to play great and compete for the win,” Clegg said.

During the offseason, Clegg said he saw hard work and dedication put in by his players at practice, and he hopes to see that translate into positive performances throughout the weekend.

“Of course the goal of the players is to win, but I just want them to do their best by competing and playing at a high level,” Clegg said. “They have practiced really well so I believe they will come out and play really hard, giving us an opportunity to win.”

Sophomore Mitchell Schow feels confident that the Utes have a solid chance to earn the victory, but he also understands that this invite will be a learning and growing opportunity for them if they can take advantage of it.

“We just have to go out there and give it everything we got and the rest will sort itself out,” Schow said. “We get to come out here and get great experience playing so many other teams that are competitive. You get to play the best of the best as well as you learn new things that you can put into your own game.”

Utah has worked on details and its short game as its prepared for its new season, according to Clegg. What the team worked on leading up to its season opener will be what it builds off of for the remainder of its season.

“The golf course isn’t necessarily hard or tough until you get on the greens,” Clegg said. “The difference will be the putting, knocking down shots and capitalizing on the opportunities given to us.”

The Utes will play 18 holes in a shotgun start at 7:30 a.m. MT for the first two days. On the last day of the tournament, the final 18 holes will again get underway at 7:30 a.m. MT, and the pairings and tee times will be determined by the team’s scores.