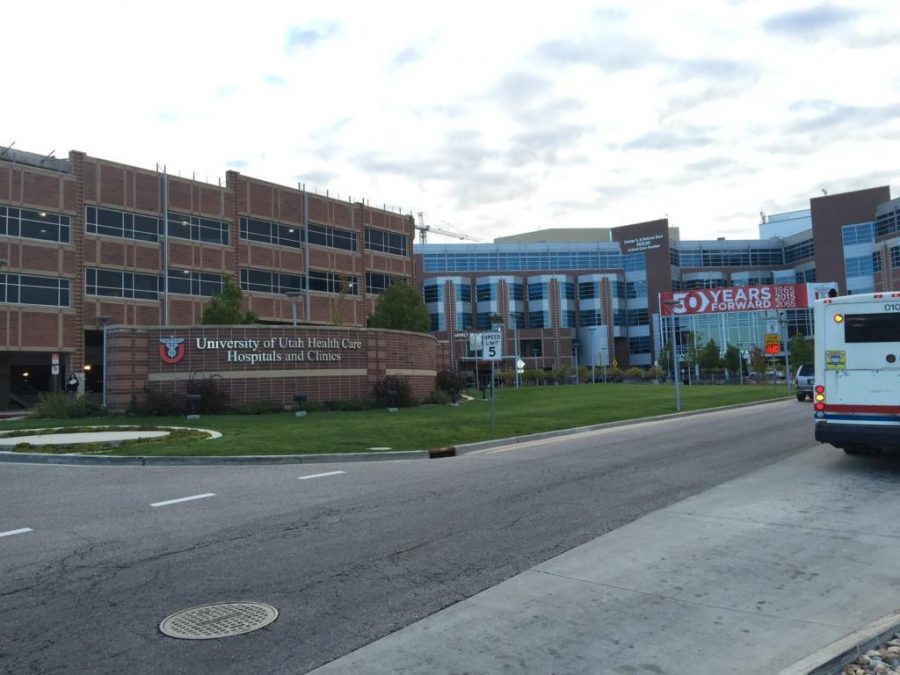 As public outcry grows from Salt Lake City police Detective Jeff Payne’s arrest of University of Utah Health nurse Alex Wubbels, Salt Lake County District Attorney Sim Gill has requested the FBI’s help in the criminal investigation.
Arrest and Aftermath
On July 26th, multiple SLCPD officers went to the U’s hospital asking for blood samples from a comatose burn unit patient — William Gray. Gray had been injured in a car crash when the suspect of a police chase crashed into his semi truck.

Payne was requesting the blood on behalf of the Logan City Police Department. The Chief of that department, Gary Jensen, said members of his department did not push Payne to obtain blood from Gray because there were other ways they could get a sample.

Alex Wubbels, the nurse in charge of the unit where Gray was being treated, told the officers they couldn’t have the sample. According to a joint policy agreed to by SLCPD and the hospital, officers could only have blood from a patient under three conditions: the officers had to possess a warrant, the patient had to be under arrest or the patient had to consent.

In body camera footage released to the public at the end of August, the officers state multiple times that the patient was not under arrest and that they didn’t have a warrant. The patient also couldn’t consent to a blood draw because he was unconscious.

As Wubbels and her supervisor explained the policy to the officers, Payne interrupted and placed Wubbels under arrest, dragging her outside as she screamed for help. She was later released and never charged with a crime, though a second officer on the scene, Lt. James Tracy, told her she was obstructing justice.

Wubbels has accused Payne of wrongful arrest and assault.

In newly obtained body camera footage, Tracy and Payne talk about walking away from the situation and letting the Logan Police Department deal with the issue. Payne tells Tracy that Logan police were unconcerned about not getting the blood.

Jensen says typically blood samples are obtained for everyone involved in fatal crashes, and that Logan police could have gotten a subpoena to obtain samples of the blood health care providers had already taken from Gray. Eventually, he said, Logan police went forward with the investigation of the crash without Gray’s blood, because they felt video footage of the crash was enough evidence to proceed.

Payne and a second, unnamed officer have been placed on administrative leave pending parallel investigations — an internal police investigation, one from an independent citizen’s review board, and a criminal investigation by the Salt Lake County DA, which will be handled by Unified Police.

Tracy has reportedly retained the legal services of ED Brass and Kim Cordova, suggesting he may be the second officer on leave.

In answer to questions about why involved officers weren’t placed on leave sooner, Salt Lake City Mayor Jackie Biskupski has said, “There is no acceptable reason” and called the decision “regrettable”. She also said that neither she nor the department’s Chief saw the video until it was released to the public. “The Chief is typically separated from the evidence of an Internal Affairs Investigation until it is complete due to his role as the final arbiter in employment action”, she wrote. She also noted that procedures which did not require her to be notified are being reviewed.

Since the news conference in which Wubbels released video footage, many officials have condemned Payne’s actions.

In addition to being place on leave, Payne has also been fired from his part time job as an ambulance driver with Gold Cross Ambulance, over comments in video footage that he would “bring [the U’s hospital] all the transients and take good patients elsewhere”.

Gold Cross said Payne “violated several company policies and left a poor image of the company”, and noted that they are “sensitive to the needs of the homeless”.

A new policy has been agreed to by SLCPD and the U that would prevent police officers from requesting blood directly from health care providers inside patient units. Under the policy, they would deal with hospital administration instead.
FBI Involvement
In a letter sent on the 6th, Gill requested help with the criminal investigation from the FBI, writing, “We request you investigate the actions of Det. Payne, other police officers and law enforcement personnel and anyone else acting under the color of authority, or failing to act when imposed with a duty to act.”

Gill told media outlets, “There continue to be issues that go beyond merely a criminal investigation, and, in an effort to address those concerns, the Salt Lake County District Attorney’s Office has formally asked for assistance from our Federal law enforcement partners to fully vet issues only they can investigate.”

In a news release Thursday, the FBI agreed to help, saying they’d already been considering possible violations of federal law. “The FBI opened a civil rights/color of law review of the matter when we found out about it in the media”, they wrote.
Legal Questions
There are many laws which will be considered by the investigations into Payne’s actions.

As Wubbels alleges false arrest and assault, laws about both will be considered.

In the United States, false arrest occurs when a person his held in custody without probably cause or a warrant. Police are partially protected from such accusations to some extent by a doctrine called “qualified immunity”. The doctrine protects government officials from allegations “insofar as their conduct does not violate clearly established statutory or constitutional rights of which a reasonable person would have known”. False arrests can be a civil rights violation.

At a rally Saturday, Wubbels’ lawyer Kerra Porter said what concerns her most at this point are University of Utah police officers who, in the footage, can be seen to either aid Payne in his arrest of Wubbels or who stood by as she was arrested.

Gill’s request to the FBI asks for help evaluating the actions of all officers present.

The University of Utah did not immediately respond to questions for comment on the behavior of those officers.

Payne has said he believed he was operating under Utah’s implied consent laws when he requested the Gray’s blood. There has been some disagreement on this point.

News outlets have reported that Utah’s implied consent law ended in 2007, but one does exist in the state today. It provides for tests of drivers in the state for alcohol use, and driving a car is seen under the law to imply consent to such tests. U law professor Paul Cassell has written, however, that the law does not apply to Gray, because the blood police sought from him was not to prove that he was driving under the influence of alcohol or other chemicals which the law covers, but to prove that he wasn’t, which it does not.