Uncovering the Life of Joe Hill 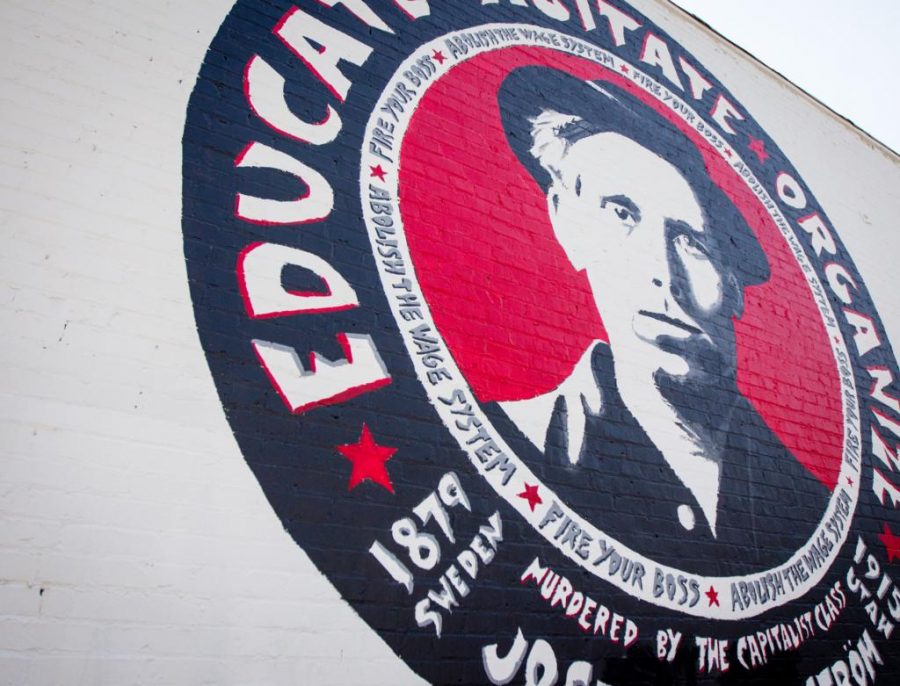 Joe Hill, labor rights activist, singer-songwriter and a Swedish immigrant, was executed in Salt Lake City, Utah, in 1915 after he was accused of murdering a grocer and his son. More than one century later, Hill’s story is still shrouded in mystery — a mystery that many at the University of Utah have worked to unravel. Among those working to find the truth is Jeremy Harmon, a U graduate. Once a former editor at The Daily Utah Chronicle, now the photography director at The Salt Lake Tribune, he has dedicated countless hours to researching Hill’s life and legacy. When he headed The Tribune’s project marking the centennial of the execution in 2015, Harmon had already been attracted to the tale of Hill.

“It’s such a fascinating story, I’m so interested in it and still just digging for new things in it. It’s consumed a lot of my time over the last three years,” Harmon said. “I just love it I think it’s so interesting.”

A self-proclaimed “music junky,” Harmon was familiar with Hill’s name from his ventures tracing folk music back to its roots.

“He was a huge influence on guys like Woody Guthrie and Pete Seeger, Bob Dylan, if you remove them from the lineage of American music, what happens?” Harmon questioned. “This whole part of it collapses. Joe is at the root of that.”

His passion was sparked by music, then kindled by a book Harmon came across one day.

“I saw a book about [Hill] and I was like ‘Oh, this is that songwriter guy. I would be interested in this.’ And it totally blew my mind,” Harmon said. “I’m not sure that I had even really realized that the story had happened in Utah. I lived close to Sugar House Park, so realizing that so many of these key events that happened in his life were walking distance from my house, I just became really interested.”

Although Harmon has been researching Hill for years, he doesn’t anticipate stopping anytime soon.

“I think the most surprising thing would probably be how much more information there is that is still being uncovered,” Harmon said. “This happened 100 years ago and new information, new documents, new letters and new stories are still coming to light on this stuff.”

Born in Sweden, Hill immigrated to the U.S. in 1902 with his brother. Eight years later, Hill had joined the Industrial Workers of the World (IWW) whose members are often referred to as “Wobblies.” Highly active in the union, Hill was able to form camaraderie with his music. The next year, the union spread Hill’s anthems across the world when it published his song, “The Preacher and the Slave,” in its Little Red Songbook.

Hill became a guiding voice in the fight for workers’ rights. He rallied his fellow Wobblies, regardless of race or sex, to fight for equality with his songs “The Tramp,” “There is Power in a Union,” “The Rebel Girl” and “Casey Jones — the Union Scab.”

Hill exhibited a progressive perspective on gender roles in “Rebel Girl,” in which he wrote, “We’ve had girls before, but we need some more in the Industrial Workers of the World, for it’s great to fight for freedom with a rebel girl.” The song was intended to recruit women to the ranks of IWW.

On Jan. 10, 1914, Hill stumbled into the doctor’s office of Frank McHugh after being shot in the chest — a wound many thought was a result of an argument with a friend over a girl. The same night, former police officer and grocer John Morrison and his son, Arling, were shot and killed by two men in Morrison’s grocery store. Prosecutors believed that Arling was able to shoot one of the killers before his death.

When news of the killings spread, the police were tipped off about Hill’s wound, which they took as evidence that he committed the crime. Hill represented himself and was found guilty of first-degree murder. Although President Woodrow Wilson requested multiple times that former Utah Gov. William Spry order a stay of execution, Hill was killed by firing squad on Nov. 19, 1915, in the Utah State Prison, located in what is now Sugar House Park.

“A lot of the assumptions about whether he was guilty or not of the murder he was accused of really fell down to where you were on the political spectrum,” Harmon said. “The prosecutor in the trial basically said that they had failed to show a motive for the murder, but ‘he’s a union guy, and you know what they’re like.’”

Although Hill’s story was in headlines over 100 years ago, Harmon thinks it still applies to many of the topics society is currently confronting.

“There are just so many issues that come up and that still resonate today,” Harmon said. “The story is a great way to examine issues of income inequality. … It’s linked to the treatment of immigrants. The IWW that he was a part of at the time was largely comprised of immigrants and certainly comprised of working class people trying to make a living. There are the justice issues that it brings up, fair trial issues, police conduct issues. So many different protest movements can touch down in the Joe Hill story on almost all of these things.”

A hero for folk musicians and labor activists, Hill survived a case of tuberculosis in his early 20s, as well the 1906 earthquake in San Francisco, only to be taken down by firing squad for a crime that no one is really sure he committed. Following his execution, Hill’s body was cremated and reportedly placed into 600 small envelopes and sent around the world. His alleged last words were, “Let it go, fire!”