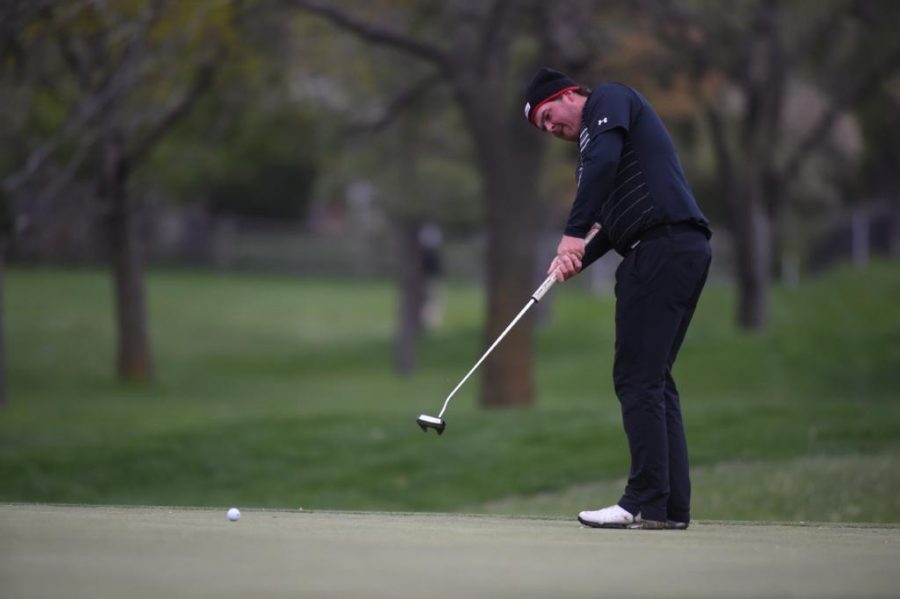 In its season opening tournament, the University of Utah golf team traveled to Colorado Springs, Colorado for the Gene Miranda Falcon Invitational. The action took place over the span of three days, from Friday, Sept. 8 to Sunday, Sept. 10. The Utes competed at the Eisenhower Golf Course where they placed fifth overall in a field of 19 teams.

“Overall it went okay, we played poorly the first 18 holes,” said head coach Garrett Clegg. “We just had a lot of mistakes, we let strokes get away from us, which was out of character, but we played a good second and third round. Just dug a hole too deep to get back on track late.”

The Utes finished the weekend play putting up a combined score 12-under par. They were one stroke behind No. 12 ranked UNLV, who finished the invitational 13-under par. Wyoming would go on to claim first place, winning the event with a score of 29-under par.

“It was a good experience,” said junior Kyler Dunkle. “I grew up not too far away from the course, so I felt comfortable because I have played there before.”

After a sluggish outing in its first round of the tournament, Clegg said he told his team to be confident, poised and to not get down on itself, but to keep going.

Dunkle and freshman Blake Tomlinson both captured top-10 performances by posting scores of -6 and -5. Dunkle finished tying for seventh place, while Tomlinson in his debut for the Utes, finished in a tie for 10th place. As for other Utes who competed at the tournament, sophomore Jordan Costello had a 1-under par on the weekend, finishing in a tie for 24th place. Sophomore Mitchell Schow recorded a 3-over par to finish in a tie for 46th place, and freshman Tristan Mandur went 6-over par, tying for 63rd place overall.

“Two players that stood out were Blake Tomlinson, he had a bogey free round late that really helped us and did a great job in his first career tournament,” Clegg said. “Next would be Kyler Dunkle, he was rock solid. In [his] final 36 holes, he shot only two bogeys, but these two really lead the way for our team.”

Despite Dunkle’s top-10 performance, he said there are still areas he needs to clean up moving forward. He wants to dial in on the short game and work on making shots early when he gets into the green. As for the team, Clegg said in order for it to see positive results throughout the remainder of the season, it has to do three things.

“That will be key for us, to keep confident, stay poised, and stay focused on what we have to do and we will have success,” Clegg said. “Everyone was excited to play and tried to win every hole, but that didn’t really work, but we rebounded, and I’m really proud of their resilience.”

Utah gets back to work on Sept. 25-26 as it will compete in the Mark Simpson Invitational in Erie, Colorado at the Colorado National Golf Club.