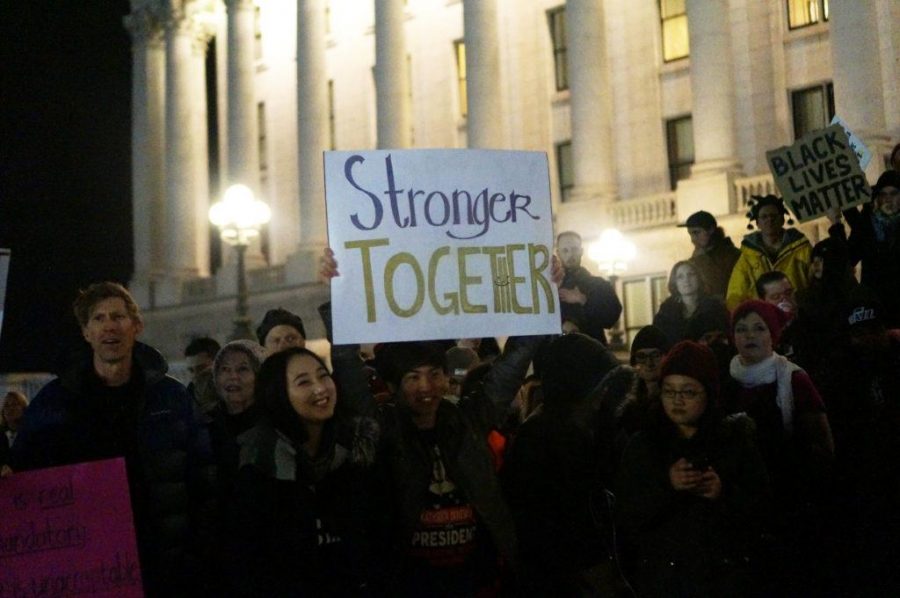 One of President Donald Trumpís biggest platforms while running for president was his foreign policies and intentions for immigrants. However, Trumpís travel ban and views on immigration are hypocritical and unconstitutional.

America was formed by immigrants. The only reason we get to decide who enters the country is because we forced ourselves into it. It is hypocritical to not allow others to enter the country. Most people trying to enter the United States right now aren’t coming for fun, to strip us of our land, to use our resources or to kill us. They’re trying to come here because they have nowhere else to go. They are trying to immigrate here for the same reasons Trump and many others don’t want them to.

Some public officials go as far as withholding government assistance to sanctuary cities, ultimately outlawing them.

Trumpís travel ban declared that only immediate family of legal American citizens could enter the country; this was restricted to mothers, fathers, children, brothers, sisters and spouses. No aunts, uncles or cousins, nieces, nephews or grandparents, who are all obviously biologically closer than spouses. Thankfully, the Supreme Court overruled that decision on Sept. 7.

Trumpís travel ban makes no sense. The point of the travel ban is to protect America from terrorists. However, ISIS soldiers arenít really a threat to Americans, theyíre really only threatening to the countries they are in and close to. Most terrorism in America is done by Americans themselves. Even Jihadist-declared terrorist attacks have been done by American citizens, literally born in America. For those who arenít sure, Trumpís executive order ban includes citizens from Iran, Iraq, Syria, Sudan, Libya, Yemen and Somalia. However, there have been no terrorist attacks in America since 9/11 perpetrated by people from any of these seven countries.

As far as Mexican immigrants, Trump famously stated: “They are bringing drugs. They’re bringing crime. They’re rapists.”  The fear of Mexicans bringing drugs into the U.S. is irrational because we can get drugs from anywhere in the world. And Trump himself has committed crimes in his own country and therefore has no right to be disgusted by the alleged crimes of Mexican immigrants. And rapists? Well, as an American female I’m more afraid of American white boys than boys of any color, because I know American boys will go unpunished. Also, Trump, are you really the right person to be accusing people of rape?

Here’s what we should do to keep out illegal immigrants: Ask Native American tribes and their lineage if they want to allow immigrants. If they say no, they don’t want immigrants, then we all pack up, we leave the country and “go back to where [we] came from.” That’s the only way it’s fair. Of course then you’ll have to deal with the “Old World” trying to keep us from immigrating there. But if those of Native American lineage say it’s okay, then everyone can be quiet.

Trump’s campaign slogan “Make America Great Again” is stupid on several levels. But the one thing that made America even remotely great throughout history is its reputation as a land of opportunity, of fresh starts, and it is cruel to prevent new generations from having their own new beginnings.