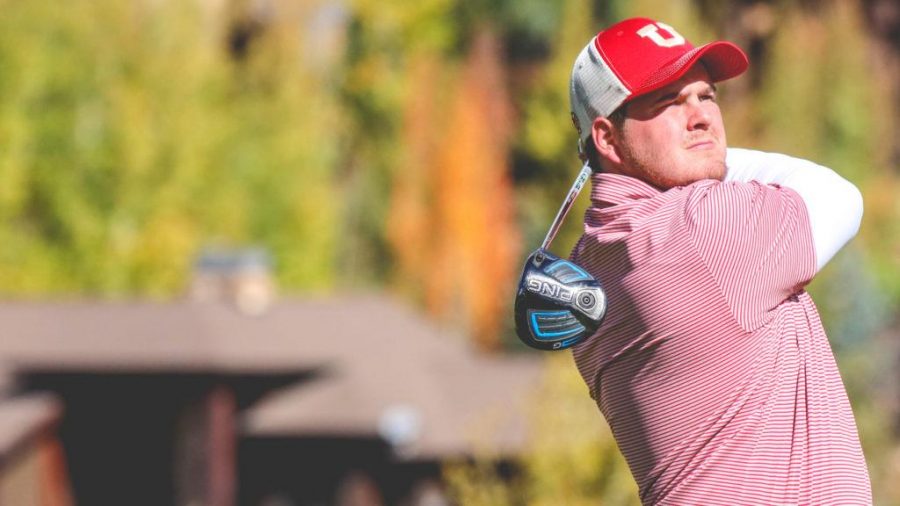 After placing fifth at the Gene Miranda Falcon Invitational, head coach Garret Clegg of the University of Utah golf team is ready to see more improvement from his team. Clegg explained what area of the game his team has been working on in preparation for its next invitational.

“I expect us to have a great week, compete hard and be in it at the end,” Clegg said. “We worked on our short game constantly, it’s always a process, you just got to be better about that in game situations, so we work on that a lot in practice.”

The Utes will be competing at the eighth annual Mark Simpson Colorado Invitational held at the Colorado National Golf Club in Erie, Colorado. The invitational is set to begin Monday, Sept. 25 and will run through Tuesday, Sept. 26. While there are positives and negatives about the course and environment, the Utes won’t let that hinder them. They are ready to see their practice turn into their desired results on the green.

“The course is pretty long and open compared to others, as well as the weather will be a challenge,” said sophomore Jordan Costello. “Mostly, we have been preparing mentally to hit wedges and make on green shots.”

Clegg said the Utes looked comfortable at practice leading up to their next event, and that has Clegg looking forward to seeing how his team plays in Colorado. Costello is also ready to see how his team does, and he is excited to get back out on the course, but he mentioned that there are a few things he and his team need to do better this time around.

“We’re excited to see how we do on this course and improve on from last time,” Costello said. “Right now my short game needs work, it’s been holding me back on the scoring and I want it to become one of my strengths and just be more consistent with it.”

Monday’s start will begin with a 36 hole play before 18 holes the following day. The top four teams will then play in five tee times with the first beginning at 7:55 a.m. as the rest start in shotgun format at 8:15 a.m.