Golf: Utes Prove There Is No Need For Home 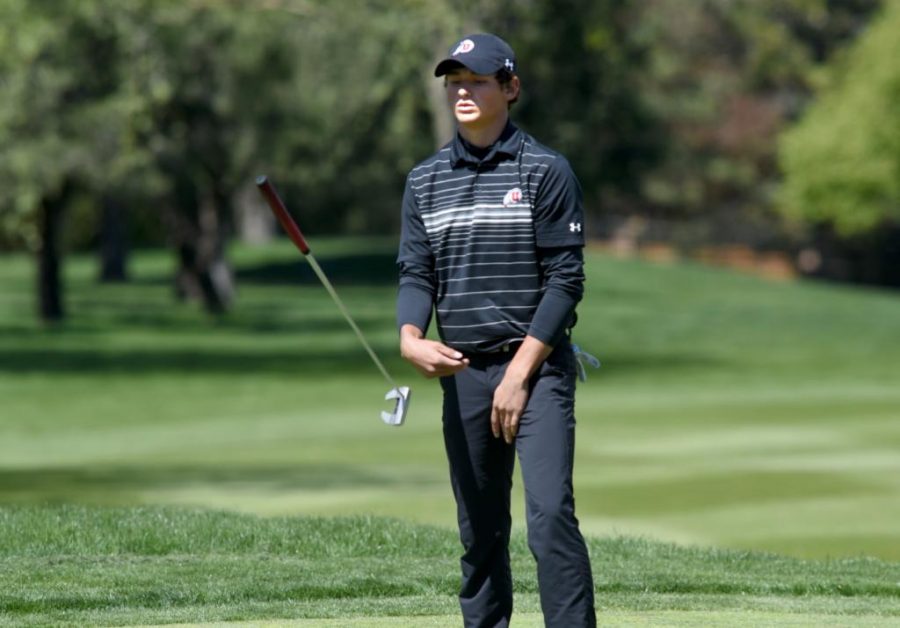 Most college sport teams play a home game or two at the beginning of the season, but the University of Utah golf team is an exception. This season, the team doesn’t have any home games, and it has only one in-state matchup — the two day PING Cougar Classic against BYU in the spring at Riverside Country Club in Provo. All the other times Utah faces competition, it’s on the road. The Utes’ season consists of trips to Colorado, California, West Virginia, Hawaii, Arizona and Oregon, equaling a total of 10 regular-season events.

Head coach Garrett Clegg knows the challenges his team will face with so much traveling. Spending so much time on the road can be difficult to overcome.

“[Because of] unfamiliarity on the golf course, being able to hit the shots, execute and compete on the road is always tough,” Clegg said.

Sophomore Mitchell Schow believes the most difficult part about playing on the road is that the team is forced to adapt to the elevation changes, which affect how far the ball goes on different courses. Schow is one of three returning golfers — Kyler Dunkle and Jordan Costello — who played in all 13 events last season for Utah. The year of experience that Schow has as a college student-athlete is something that will help him compete on the road against other colleges.

The Utes realize the difficulty of playing on the road is no excuse for them to underperform. No matter the weather, the distance or the destination, Utah always wants to come out and rise to the occasion.

“Playing on the road is always a part of the sport,” Clegg said. “You just have to get used to it and just go out and compete at a high level.”

While being on the road can take a toll on the entire team, there are still plenty of positive outcomes that can come from the numerous trips the players and coaches embark on. Traveling means time for team bonding, something that is key in helping any team succeed and reach its goals. Schow has seen firsthand how important it is to become one unit and help each other move forward, especially on the road.

“Being on the road often, we get to travel with teammates and become closer friends and establish relationships that will carry on throughout the rest of [our lives],” Schow said.

Not only is Schow thankful for the relationships he is building, but he sees traveling to different places as a plus. Being able to see new places and visit unique courses throughout the country with his teammates is something he looks forward to doing over the stretch of this season.