Consequences of Drinking on a Dry Campus 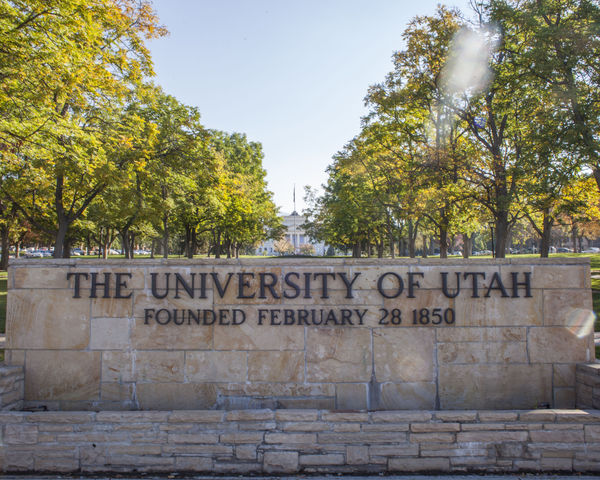 The University of Utah is a dry campus, which means that any alcohol consumed on university property gives the school grounds to administer disciplinary action. This policy leaves students with a lot of questions, like what actually happens in these cases? Is it possible for a student to be cited for drinking if they are of legal age? Are students arrested by the police for this sort of misconduct?

Imagine a freshman who is young, innocent and optimistic about the future. Now, imagine that the student is also drunk, partying in the Chapel Glen dorms and blasting loud music with friends when a resident assistant (RA) knocks on the door. One student, who asked that his name not be published, found himself in this situation at about 3 a.m. last year.

“The RA was pretty assertive,” he said. “It was a two-exit dorm so they had someone go around the back to make sure no one could leave.”

The student said that after the RA confirmed his suspicions about what was going on, he was fair and told the student and his friends what to expect. The RA took down their names and uNIDs to get the ball rolling on disciplinary action. They were all under the legal drinking age — a misdemeanor in Utah, which is usually accompanied with a fine of up to $1,000 or six months in jail. In this case, however, the RA was simply directing them to the residential education coordinator, who would deduce which parties were at fault.

This course of action seems to be the norm, as University Campus Police Deputy Chief Rick Mclenon was quick to point out.

“It’s all up to the individual,” McLenon said. “Only in very, very rare circumstances do we arrest someone.”

The unidentified student’s story isn’t a new one. According to the U’s Department of Public Safety, some 535 students were disciplined for liquor-related violations in 2014. Of those 535, 21 were arrested.

Although campus police still bring in nearly a dozen students every semester for public intoxication or a minor-in-possession, it comes down to, as McLenon said, “the totality of the situation.” Other crimes like assault and theft are taken into account before passing judgment on whether the intoxication constitutes a criminal case. Most of the time, campus police refer students to the Dean of Students Office for disciplinary action. If a student is caught drinking in on-campus housing, they are first referred to a residential education coordinator.

After the unidentified student was caught drinking, the residential education coordinator for the Chapel Glen dorms called the student and his friends into his office one-by-one and took each student’s narrative of the events. He then assigned consequences based on whose dorm the young adults were drinking in. In a subsequent meeting, the anonymous offender and other students involved were told that the only mark they would receive would be on their housing record, but that they still had to attend two classes offered by the U called Prime for Life. The classes were $75 and merged students caught drinking alcohol and students caught using marijuana into a single group. The student described the course as being more about safe drinking practices than trying to convince people not to drink.

After outlining a similar, yet separate, process for students referred to the Dean of Students Office, student conduct case manager Ulysses Tongaonevai listed a few options for those found culpable following a proper investigation of the events. These options include writing papers on the subject of underage drinking, talking to a student success advocate or attending the aforementioned Prime for Life classes. On further inquiry into the possibility of extreme, non-criminal violations of campus policy, Tongaonevai said that the maximum penalties were suspension and outright expulsion, though he made sure to mention that neither had happened so far during his time as manager.

Tongaonevai said, “We address the behavior, not the person.”