H2H: Are You Respecting the Flag if You Kneel? 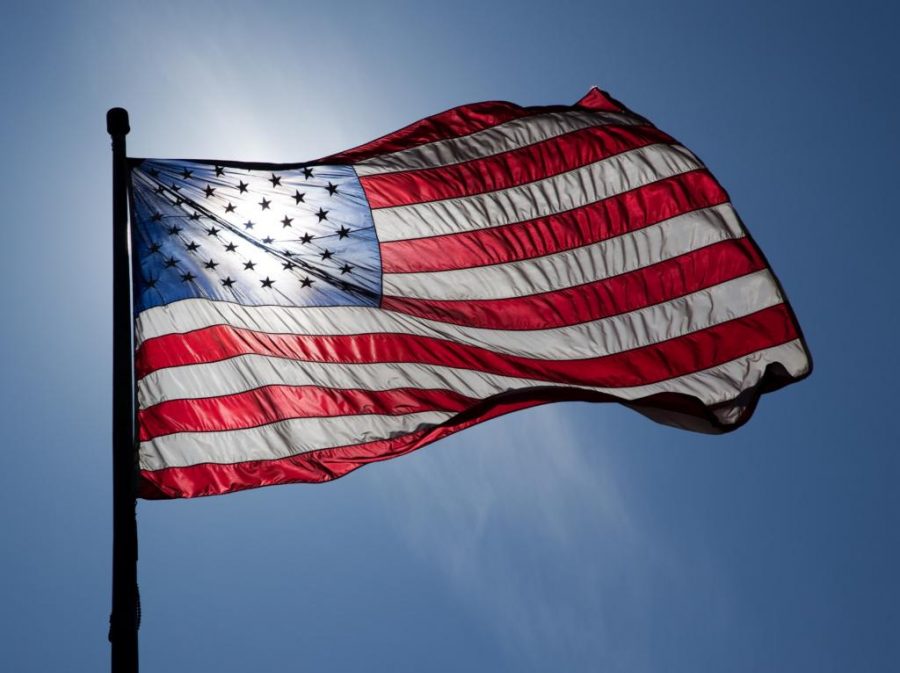 By Jordan Senteno and Dakota Grossman

I believe that taking a knee or sitting during the national anthem is not a disrespectful act towards the country, or to those who have fought for this country over the years.

Former San Francisco 49ers quarterback Colin Kaepernick, who first began the kneeling protest, explained his reasoning to the media, saying that he did it because of the oppression towards people of color and ongoing issues with police brutality.

“I’m going to continue to stand with the people that are being oppressed,” Kaepernick said in an article on SBNation.com. “To me, this is something that has to change. When there’s significant change, and I feel that flag represents what it’s supposed to represent, and this country is representing people the way that it’s supposed to, I’ll stand.”

Many athletes are using their notoriety to bring serious social issues to the forefront and evoke change. Kaepernick pledged to donate one million dollars to charities that help accomplish his goal of equality. This pledge shows his commitment to the cause. He did not begin taking a knee during the anthem to disrespect the anthem, the flag or the people fighting for this country; instead, he decided to use his well-known status as an NFL player to fight for something bigger than football — equality.

Since Kaepernick’s move, many other players have begun to sit, kneel, raise fists or link arms together during the national anthem to represent unity between individuals, regardless of differences. President Donald Trump sounded off on NFL players choosing to not stand during the Star-Spangled Banner.

“Wouldn’t you love to see one of these NFL owners, when somebody disrespects our flag, to say, ‘Get that son of a b**** off the field right now, out, he’s fired. He’s fired,’” Trump said. “You know, some owner is going to do that. He’s going to say, ‘That guy that disrespects our flag, he’s fired.’ And that owner, they don’t know it, but they’ll be the most popular person in this country.”

These words were unnecessary from the President. His attitude has only made it more difficult to find a solution to the problem of inequality. There were already enough issues when he took office, and instead of trying to find a way to overcome the challenges, the leader of the country seems to be more concerned with what the NFL is doing. Different words could have more tactfully and effectively delineated his opinion.

I don’t believe taking a knee during the national anthem is disrespectful to the flag. Rather, it’s a protest against inequality, police brutality and the oppression of people of color throughout the country.

Taking a knee is not only changing the world of sports, but it’s dividing the country in half. The American flag stands for freedom, sacrifice and unity. The United States is based on national pride, and we should honor the soldiers who fought for us or who are currently serving so that we can be free. As an athlete for the University of Utah cross country and track and field teams, standing and facing the flag during the national anthem is a way for me to reinforce that pride and respect. This is not only a pregame tradition, but it’s a symbol of gratitude.

Since quarterback Colin Kaepernick kneeled in a 49ers uniform for the first time in 2016, the controversies have escalated. A handful of players and teams have joined him in protest, which has caused more unrest in sports fans, politicians and everybody in between. The players are protesting on behalf of racial injustice. However, I do not think that kneeling during the national anthem is a beneficial or respectful way to initiate peace.

According to a poll by CNN, 49 percent of respondents say that the refusal to stand during the national anthem is inappropriate, while 43 percent say it’s the right thing to do. This shows that the U.S. is almost directly split on the matter, although there is a slight edge that more people still believe that kneeling is the wrong action to take against racism.

The NFL players are wrongfully using their status to spark change, and I think it’s safe to say that there hasn’t been many positive changes because of their actions. Not standing or being present on the field for the Star-Spangled Banner has become a battle between the NFL and President Donald Trump, rather than highlighting the real issues at hand. The only thing player’s are accomplishing is that they’re drawing attention to themselves and forcing people to stop watching football.

This movement has initiated other professional sports to take a knee, sit down and even stay in the locker room while the anthem is being played. Professional athletes have a lot of power, tremendous opportunities and most importantly, the ability to be positive or negative role models for others. They shouldn’t be setting the example that it’s okay to protest the way they are against the flag.

On Sunday, it was announced by the Huffington Post that Fox Sports will no longer be broadcasting the nation anthem. Those watching the NFL games on television via Fox will no longer experience the traditional performance that has been a part of sports for so long. Can we really have American football without the national anthem?

I believe taking a knee is a hypocritical act in itself. You’re essentially disrespecting the flag that has granted us the freedom to speak out. The song is about free will and the soldiers who have helped to make America what it is today. This song should empower athletes rather than embarrass or pressure them into going against everything that the flag stands for. I support freedom of speech and the player’s rights to protest, but it is not the appropriate time to do that during the national anthem. The U.S. is not perfect, but refusing to stand is counterproductive and is changing team dynamics.

In the land of the free and the home of the brave, athletes should move together as one and set a better example for the world to see.