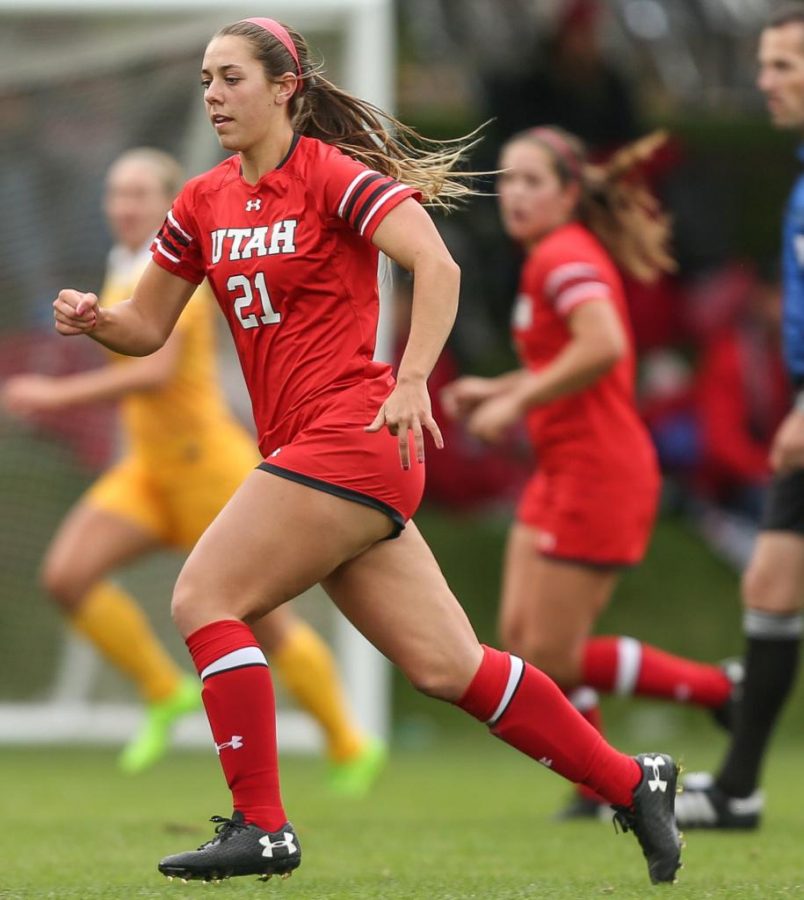 At the age of 10, sophomore Ireland Dunn of the University of Utah soccer team knew something wasn’t right with her body. She began to feel tired constantly, her mouth always felt dry even though she was staying hydrated and during her soccer games and she had to make frequent trips to the restroom. None of this was normal for Dunn.

At first, her family thought she had a bladder infection, but it turned out it wasn’t that. After visiting doctors, they were told that there was a high chance that Dunn might have diabetes. After going to the hospital, it was confirmed. She did, in fact, have type one diabetes; her pancreas was producing little to no insulin.

Even knowing the name of the condition, Dunn and her family had no idea what to expect. That soon changed.

“So we stayed [at the hospital] for four days I think,” Dunn said. “My dad stayed with me, and my mom came every day and [the doctors] taught us when I should test, how to take my syringes ­— like how much I should be taking — what to eat and all that kind of stuff. At first, it was super scary, but as they taught us what to do, it became a lot easier.”

Getting to the point where she can now say it’s “easier” has taken time. When she was first diagnosed, Dunn thought it was going to be difficult to continue playing soccer; she thought everything in her life had to change.

That wasn’t the case. Dunn has been able to manage her diabetes by knowing when to test herself before matches and practices and by making sure her blood sugar is just a little higher than usual before taking the field. There have been times when Dunn’s blood sugar has dropped low in the middle of the game and she has had to come off the field. When that happens, Dunn grabs a snack and gets right back in the game. Her trainers and coaches always keep an eye on her in case her levels fall, but head coach Rich Manning is never too worried about that happening.

“I don’t notice it and that’s a credit to her,” Manning said. “There have been a couple of practices and games where she said she had to step out so she can take care of it, but she just does it. It’s not like I go, ‘Oh wow, she is really struggling today. I wonder if her diabetes is acting up.’ I have to say I know less about it than I should because she manages it so well.”

Manning said she never complains about having to do something different than what her teammates are doing. Even when it comes to dealing with nutrition restrictions, Dunn just keeps a smile on her face.

With that attitude, she believes she has stepped into a role model position for younger athletes who are struggling with the same things she went through growing up and continues to tackle today. Dunn thinks she is someone who they can look up to. That’s one of the reasons why Manning thinks Dunn is a positive example for others.

“Ireland is a good student, good person, good soccer player and I think people like to watch her play,” Manning said. “I think it inspires young and old people. They have someone they can look at, see them handle their business and take care of themselves seamlessly.”