A Tale of Two Halves: 10 Most Important Numbers from Utah-USC 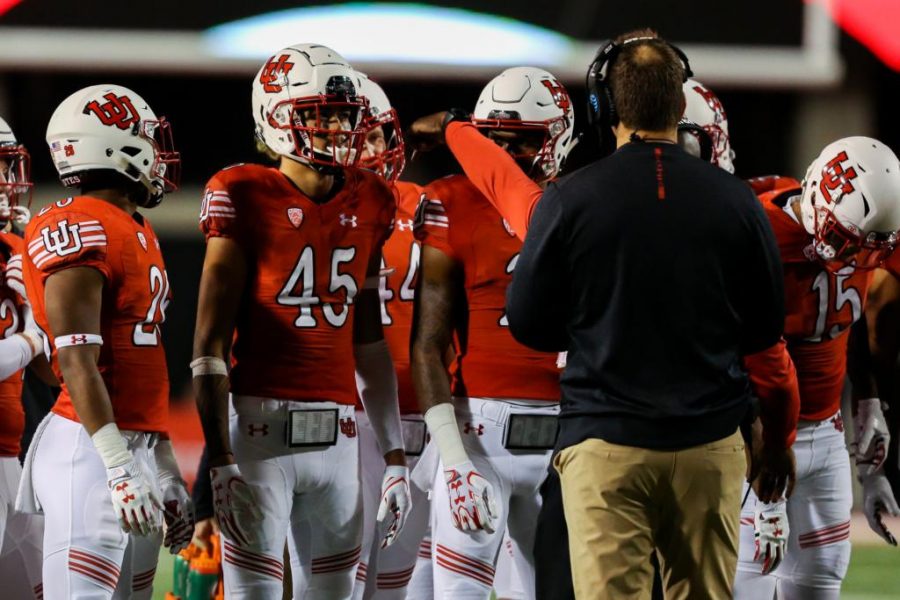 141 – Zack Moss had a huge game, racking up 141 yards on 20 carries. The only downside was that almost all of his production came in the first half. He tallied just 7 carries for 28 yards in the second half. He also had 3 catches for 26 yards, two of which were for critical first downs.

6 – Darren Carrington II had a quiet game — two catches for nine yards — but that’s partly because Utah was able to spread the ball around to a number of receivers. Utah had six receivers with a catch of at least 15 yards and four receivers with at least one catch of over 30 yards.

3 – Early on in this game, it looked like turnovers were going to be be a big factor in the game. Three of the first five drives ended in turnovers (one for Utah and two for USC). The second USC fumble was returned for a touchdown by Utah. At the end of the half, USC coughed up the ball three times, matching their highest turnover total in any game against Utah since the Utes joined the Pac-12. However, USC head coach Clay Helton must have applied some super glue to Sam Darnold’s hands during halftime because the Trojans didn’t turn it over once for the rest of the game.

0 – For the first game this year, kicker Matt Gay failed to make a field goal. Granted, the NCAA-leader in made field goals only had one attempt, but the 33-yard miss ultimately proved costly as Utah ended up losing by one point.

2 – In the first quarter alone, Utah had two drives in which the offense entered the red zone and came away with zero points both times. One because of the aforementioned missed field goal and another because of a Troy William’s interception. Utah has struggled with red zone efficiency all season and that cost it this game.

3.6 – While some of Utah’s first half drives saw no success as it failed to capitalize on red zone opportunities, it was at least able to get into the red zone. Prior to going up 21-7 in the second quarter, Utah’s offense was moving. In their first five drives, they ran 33 plays for 282 yards, averaging 8.5 yards per play. Then something happened after they took a two touchdown lead. In the Utes’ following five drives, they ran 25 plays for just 90 yards, averaging only 3.6 yards per play. All of those drives ended in punts. Whether it was Utah letting its foot off the gas slightly or USC making adjustments, Utah couldn’t move the ball when it held a lead. After USC scored its final touchdown to go ahead 28-21, Utah’s offense gained back its sense of urgency as they put together an 11 play drive for 75 yards (6.8 average) that ended in a touchdown.

532 – USC’s offense gained over 500 yards of offense — the only time it has done that against Utah’s defense since the Utes joined the conference. The Trojans previous high of 466 came last year.

1 – Down one point after scoring a touchdown on a 1-yard run by Williams, the Utah coaching staff decided to go for the win by way of a 2-point conversion attempt. It was a gutsy call, but one that made sense. Considering both Utah’s red zone struggles and the fact that the Utah defense had surrendered a touchdown on three of USC’s four second half possessions, going into overtime was probably a riskier venture than trying to gain two yards.

0:42 – A lot of fans may fault Williams for missing a wide open Carrington in the back of the end zone on the 2-point attempt or fault the coaching staff for not choosing to kick the extra point. But it’s important to remember that there were still 42 seconds on the clock and USC still had a timeout. Given the way that Darnold was throwing the ball in the second half, there’s no guarantee that the talented Heisman candidate wouldn’t have just driven his team down the field for a game-winning field goal.