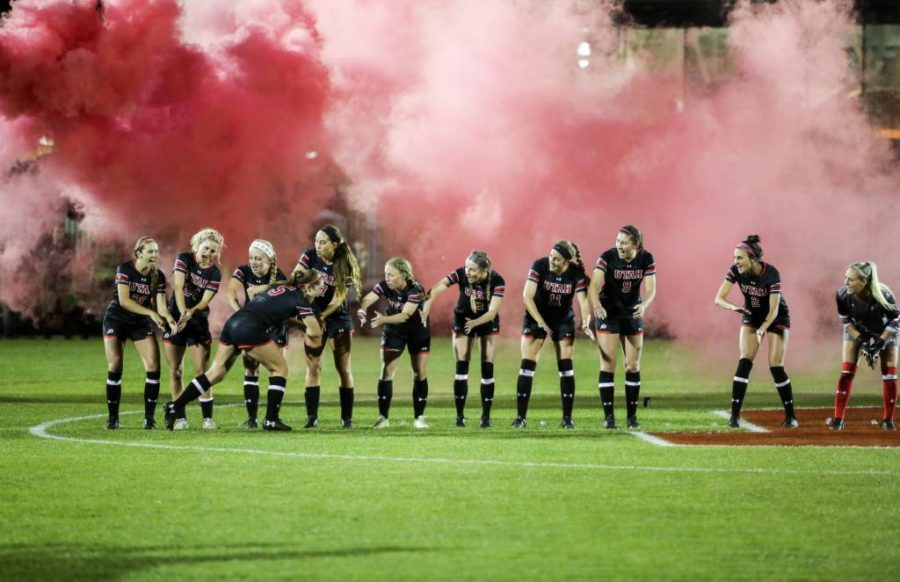 Midfielder Paola Van der Veen of the University of Utah soccer team thought its match against the Arizona Wildcats this past Thursday was going to be the night it won its first Pac-12 game of the season, but that wasn’t the case.

It was a disappointing loss for the Utes, according to head coach Rich Manning. The Wildcats took a 3-0 lead in the first 20 minutes of the match. Despite Utah rallying back in the last few minutes of the second half by turning the match into a one-point game, Arizona’s three points where enough to give it the victory in the end.

While Manning felt like his team wasn’t ready to play and that it didn’t fight hard enough for the win, forward Ella Ballstaedt felt the opposite way.

“We didn’t start out great, but I think we have so much potential and we are right there, and I think we know we have the ability to win, it’s just the matter of executing and finishing what we can do,” Ballstaedt said. “I think in that last half, we came back and played like we should have. I think going forward and realizing that I think we will have a lot of fire going into this next game.”

With eyes still set on clinching a Pac-12 win before the season ends, the Utes will get another shot at accomplishing that on their home turf as they get ready to face Arizona State on the Ute Soccer Field on Sunday, Oct. 22. Manning said he and his team are not happy with the way they have been performing, and he believes that with his team struggling, it must remember to keep things simple.

He wants to see Utah do the things it needs to do, well and consistently, and that seems to have been the message all year from Manning. In order to get its first conference win of the season, Manning said Utah needs to focus on being consistent when it comes to the small details.

“It’s not like we are not playing great, we are actually playing well in large stretches of games, but we aren’t consistent,” Manning said. “We aren’t taking care of the details that would help us win.”

Ballstaedt explained that she is approaching Sunday’s game with an attitude and mindset that her team has nothing to lose at this point.

“I just think we need to go out and put away a few goals and just start off strong,” Ballstaedt said. “I think one of our biggest problems is we don’t start off with enough intensity so I think if we are able to start off as if we are down a couple of points, then we will be able to finish strong. I think we have the potential. We just need to put it to work and finish it off.”

Kickoff is scheduled for 2 p.m. MT.