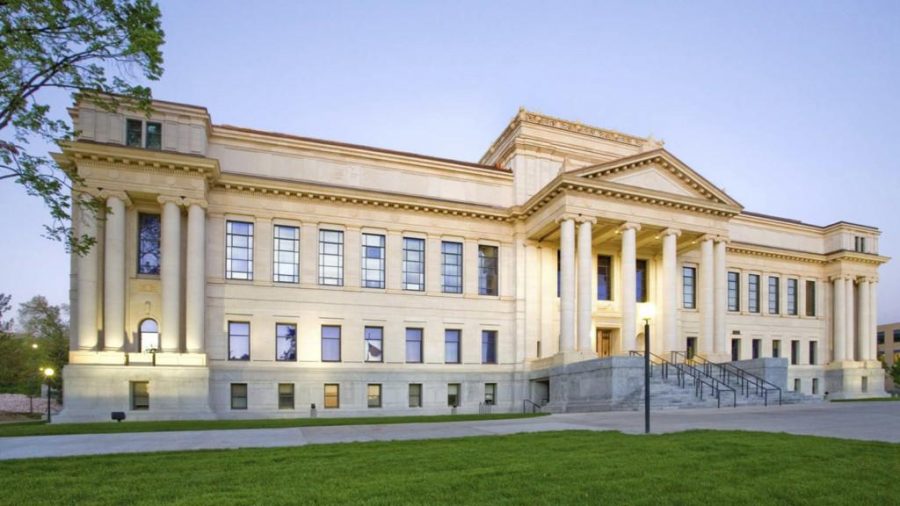 By University of Utah (Own work) [CC BY 3.0 (http://creativecommons.org/licenses/by/3.0)], via Wikimedia Commons

Following multiple incidents of racism, including anti-Black flyers being posted around campus and graffiti at the new Carolyn and Kem Gardner construction site, University of Utah administration announced a Presidential Anti-Racism Task Force in an email sent to students, faculty and staff Thursday.

The purpose of the group, according to the letter, is to “work on developing and deploying actions on our campus that can increase dialogue and understanding among students, staff and faculty from different racial and ethnic backgrounds.” The email said the move also aims to identify actions the school can take to make the U a place where students from all backgrounds can find success.

“The University of Utah stands against racism in any form,” read the statement. “Our anti-discrimination policies are robust, but we recognize that we need to take stronger actions. As leaders, we hold ourselves accountable to ensure that the U is a place where all are welcomed and valued, and where learners from all backgrounds prosper.”

The U has yet to finalize the members of the task force, but will announce the list in an upcoming @theU newsletter.

Earlier this month, the U hosted a forum on racial micro-aggressions with two researchers from the University of Illinois at Urbana-Champaign. The letter said the task force came as a result of discussions following the event.

Deans of various colleges at the U signed a letter condemning racism after the recent vandalism at the Gardner Building.

“Over the past months, our campus — indeed our nation — has experienced several threats to our learning environment that challenge individuals’ ability to thrive,” they wrote. “These incidents are not isolated and we understand that they are signs of deep racial and gender biases (among other bigotries) that have been perpetuated in our country for now hundreds of years. As leaders within the university community, we acknowledge with humility and with empathy the hurt, pain, and damaging effects on mental and physical well-being that these bigotries and threats can produce. Any such threats are unacceptable and will not be tolerated.”

The U has come under criticism by student groups associated with the U’s Center for Ethnic Student Affairs recently for its decision not to include the term “anti-Black” in its initial announcement of graffiti at the Gardner Building and to allow conservative radio host and founder of The Daily Wire Ben Shapiro to speak at the U. The Facebook page of the public event said Shapiro would “take on leftist myths of white privilege, trigger warnings, microaggressions and diversity.”

“We want to acknowledge that members of our Black community and other communities of color have been communicating with us for many years about the need for stronger action,” the U said in its statement. “We regret it took deplorable acts of overt racism on campus this fall to help bring us to this point.”