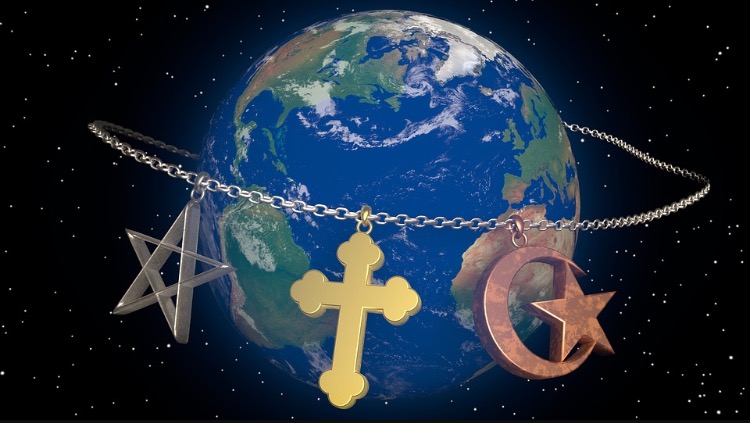 Many people have found that being a part of a religious or spiritual community makes them happier. One of the reasons people came to the New World was to enjoy the freedom of religion. Despite the fact that religions preach about being good to others, religion has caused rivalries which have led to violence, as seen in the Israeli-Palestinian conflict, the Crusades and the Catholic-Protestant wars in Europe. Most of these issues have arisen because it’s apparently instinctive to force one’s own opinions and beliefs on others, even if the only true differences are minor details. This is wrong. No religion is better than another, especially since all religions have the same basic function.

Every religion gets made fun of by the rest of the world, but in Utah, we tend to hear a lot of jokes and complaints about the Church of Latter-Day Saints. Non-Mormons talk about how crazy Mormonism is, how it’s hypocritical and doesn’t make sense, yet it’s only becoming more popular. If you’re talking about how horrible some religion is, then you’re not any better. There’s a difference between joking about a religion and declaring it to be inferior.

Here is why it’s ridiculous to start fights and wars over religion: nearly all of them have similar morals. The goal is to be a good person in life so that you can have peace in the next life or something along those lines. Most religions worship at least one God. They almost all involve a time of fasting or sacrifice. We’re all basically believing in the same things, just with different names and different specifics.

Hinduism and Buddhism believe that how you act during your current life will determine if and how you will be reincarnated. Various sects of Christianity believe how you behave in life will determine whether you go to heaven or hell. Muslims believe that your soul will be sent to either eternal paradise or hell. The point is, every person who is truly religious is trying to accomplish the same goal: to have a good afterlife.

Hinduism has many gods, the three main ones being Brahma, Shiva and Vishnu. Buddhism has many deities, including enlightened Buddhas, Devas, Bodhisattvas, Yidam and Yaksha. Christianity has basically one God, but also technically three: “the Father, Son, and Holy Spirit.” In Islam and Judaism, there is only one absolute God. In various Pagan religions, there are many different deities. Most of these religions believe in some sort of divine creator.

Many Christian religions take part in Lent, where they give up something they love for 40 days until Easter to honor Jesus Christ’s sacrifice. Muslims practice Ramadan, a month of fasting when they aren’t allowed to eat while the sun is up. Jews have the fast of Yom Kippur and Tisha B’Av. Buddhist monks live by 10 precepts, one of which is fasting from noon to dawn. Hinduism has various fasting days and foods they are or aren’t allowed to eat depending on the specific ritual.

My religion follows the Wiccan Rede, which says, “Harm none, do as ye will,” which basically means do whatever makes you happy as long as you’re not hurting anyone.

The point of religion is to give guidelines of how to live and to provide explanation and comfort for life’s end. The point is not to start wars with other countries, to be terrorists, to divide land or save those who already consider themselves saved. The common goal should be to bring people together, not tear them apart.