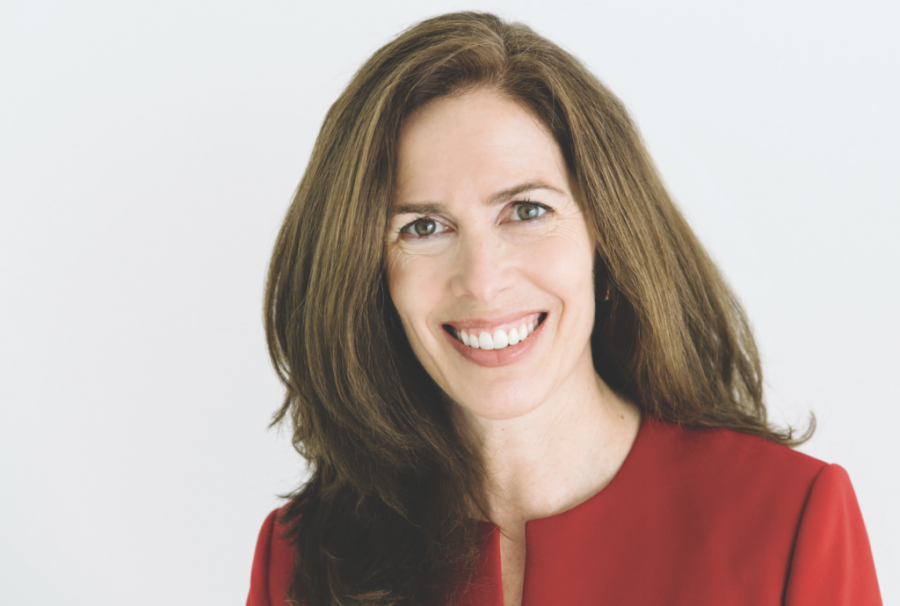 As the weather gets colder, leaves change and snow begins to fall on the Wasatch Mountains, Lorene Kamalu is feeling the heat. An entrepreneur, mother of five and master’s student at the University of Utah, she is on the last lap of her Kaysville City mayoral campaign.

Kamalu was raised in Indiana, where her father taught language courses at the University of Evansville. After graduating from high school, Kamalu moved to Provo to attend Brigham Young University, where she met her husband, Layne, and received a bachelor’s degree in business. The couple moved to St. Louis for her husband’s medical school and then to Scott Air Force Base in Illinois for his residency. In 1996, they found a home in Kaysville, Utah, where Layne works as a doctor.

During their time together, they raised five children and Kamalu started her business with Creative Memories. Most of Kamalu’s time was dedicated to her family  and her business, which she was able to operate from her home until she decided to shift her focus away from the company.

“We had a sales team, which I ran, of over 300 people all over the nation, and we sold millions of dollars worth of product,” Kamalu said. “It was fun because I could do business while I was raising our kids for 20 years. I was content as a citizen in Kaysville.”

It wasn’t until 2013, after living in Kaysville for nearly 18 years, that someone suggested Kamalu consider public office. At that time, Kamalu had started slowing down her involvement in Creative Memories, and the opportunity felt right.

“It caught my interest, and I decided I would start attending city council meetings,” Kamalu said. “They recommended that I interview and apply for a position on the planning commission, and I was appointed.”

Planning commissioners in cities are often overlooked by the general public, but their jobs are critical to a well-functioning city. They are tasked with updating the general plan of the city, reviewing permits and zoning boundaries. This year is Kamalu’s fourth on the commission. It was during these years of service that Kamalu discovered a new passion — public service — and decided to pursue a master’s degree.

“Early on, in that first year, I knew that I had found something that I loved,” Kamalu said. “In my second year of serving on the planning commission, I thought, ‘I need another degree.’ I wanted a master’s in public administration [MPA].”

Having a family and a job on the planning commission presented unique challenges for Kamalu as she chose which school to attend.

“It had been a while since I had been in school,” Kamalu said. “I was 49 years old applying to a new program. I wanted to stay local and be involved in a program at a university, I wanted to have classmates to learn from. [The U] offers an executive schedule, which is having class every other weekend. My classmates and I have jobs and families, and schooling fits into our schedules better.”

The academics and convenience weren’t  the only reasons Kamalu felt at home at the U.

“My father got his degrees from the U, my mother received her bachelor’s, and all four of my grandparents received their degrees in a day when a lot of women didn’t receive degrees,” she said. “My  great-uncle is the scientist Henry Eyring. It was so cool to think about the roots my family has here. It was a very special feeling for me to come to the U.”

Kamalu said the program has been challenging, but that she is learning more about what it means to be a mayor and how she can better help the people in her city if she is elected. Kamalu pinpointed Kaysville’s growth as one of the biggest challenges facing the city, and she feels her MPA studies have helped her learn how to confront that.

“The hardest class we’ve had so far was our policy analysis course,” Kamalu said. “Dr. David Carter was our professor, and it was very challenging, but I knew how important public policy analysis would be to me, not only as a mayor, but as a citizen. I worked really hard in that class, and I learned a lot. Many of my case studies had to do with Kaysville issues and were directly applicable.”

At the end of the MPA program, the students will submit a research paper. Kamalu’s is titled “Citizen Engagement in the 21st Century,” and studies how Kaysville citizens prefer to receive information from and communicate with the municipal government.

Members of her MPA cohort have also been helpful in her campaign, even assisting in her sign design. Now, the race is coming to an end.

Ballots have been mailed out to citizens of Kaysville and must be postmarked by Nov. 6.

“I feel really good about my campaign, but I will be on Main Street on Nov. 7, because you can’t take anything for granted,” Kamalu said. “You have to work so hard.”