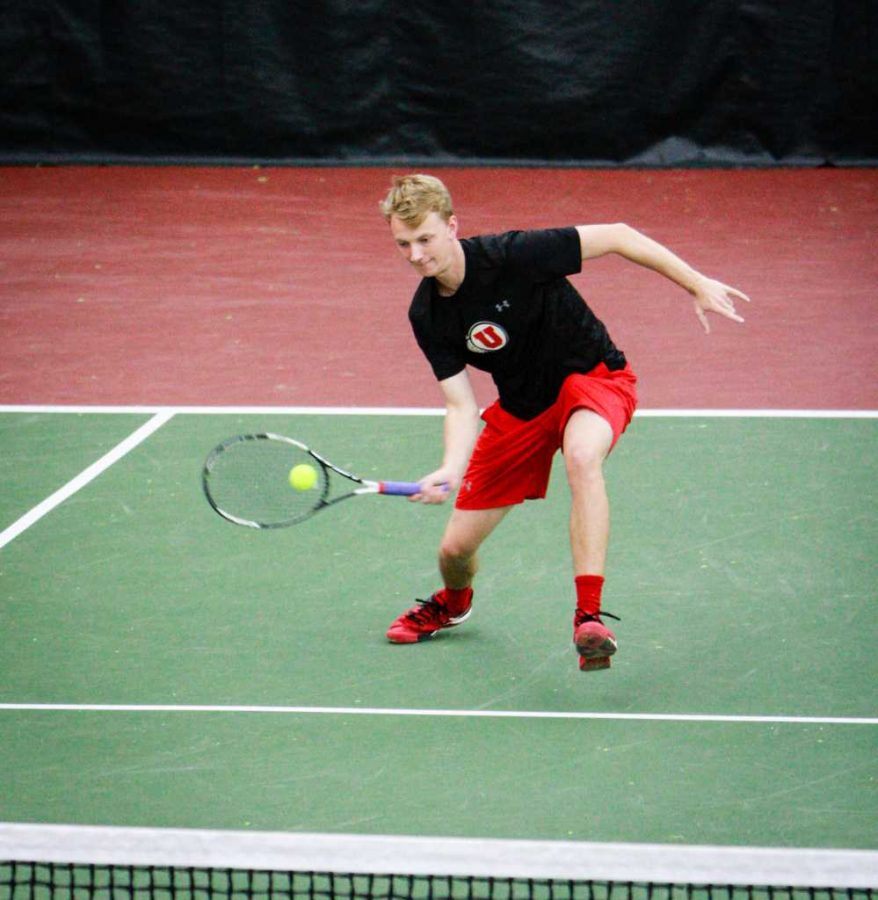 The head coach of the University of Utah men’s tennis team, Roeland Brateanu, said that since Utah has joined the Pac-12 Conference, “It’s like everything we’ve done has been put on steroids.” Utah has been focusing on beefing up its roster in order to become competitive in the league it has called home since 2011. One of the ways the Utes have done that is by taking an international approach to recruiting.

Six of the Utes’ nine athletes come from outside of the United States. One of these is Joe Woolley, who hails from England, where he was ranked as high as No. 1 in the U16 and U18 age divisions. Despite the interest of several other Pac-12 teams, Woolley wanted to represent the team that wears red and black.

“I love the coaches. [I] love the place,” Woolley said. “There were a couple of other good schools in the Pac-12 I looked at, but here stood out the most, with the team and the facility, and I knew we had the new outdoor facility being built at the time.”

Now two years into his career as a Ute, Woolley is working to improve his game by being “more aggressive” on the court. Brateanu said it is a challenge for Woolley to make these changes, but he knows Woolley will benefit from it in the long run. Woolley’s positive attitude keeps him going, and Brateanu can attest to that. He describes Woolley as a “very hardworking guy, great to be around and a good person.”

While Woolley works on adjusting his playing style, one thing he has already adapted to is the different way tennis is played in the U.S. versus in England. He said that the sport is more organized here in Utah.

“Back at home, you are by yourself and don’t really have any coaches traveling with you. It is very much a solo sport,” Woolley said. “Whereas here, it’s more of a team, and it’s just a better environment here.”

Aside from the lack of grass tennis courts in the states, which Woolley claims better suit his game, and the six to seven months it took him to acclimate to the Utah altitude, he is enjoying his experience as an athlete at the U.